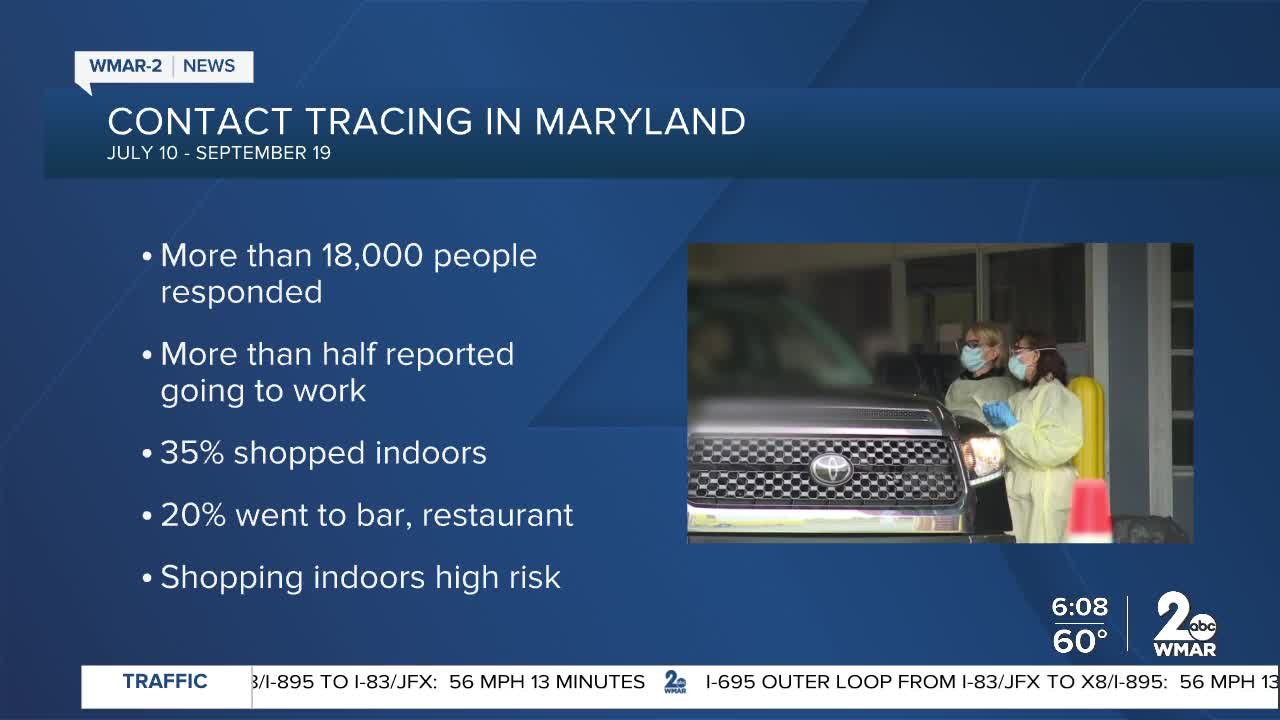 MARYLAND — As a part of Maryland's contact tracing initiative to help prevent the spread of the virus, health officials have released new information on where some may have been exposed to COVID-19.

Within this initiative, contract tracers reached out to people who have test positive for the virus and talked to them about where they've been and who they've been in contact with during the two-week time they may have been infectious.

After looking at the high risk locations, it shows that, out of the 8,000 people who responded to contract tracers between July 10 and September 19, more than half reported in to work, about 35 percent shopped indoors and about 20 percent said they went to a bar or had eaten indoors at some type of restaurant.

However, while going to work outside the home, shopping indoor retail and dining or drinking at indoor bars and restaurants made up the top three high risk locations, data also shows that going to church, taking part in indoor recreation and visiting casinos brought in the lowest numbers.

As mentioned earlier, the highest number of reported cases came from people who work outside the home, but many of them didn't have the option of working from home.

About 25 percent are health care workers and about 20 percent are warehouse workers or other non-public jobs, where people work in close quarters.