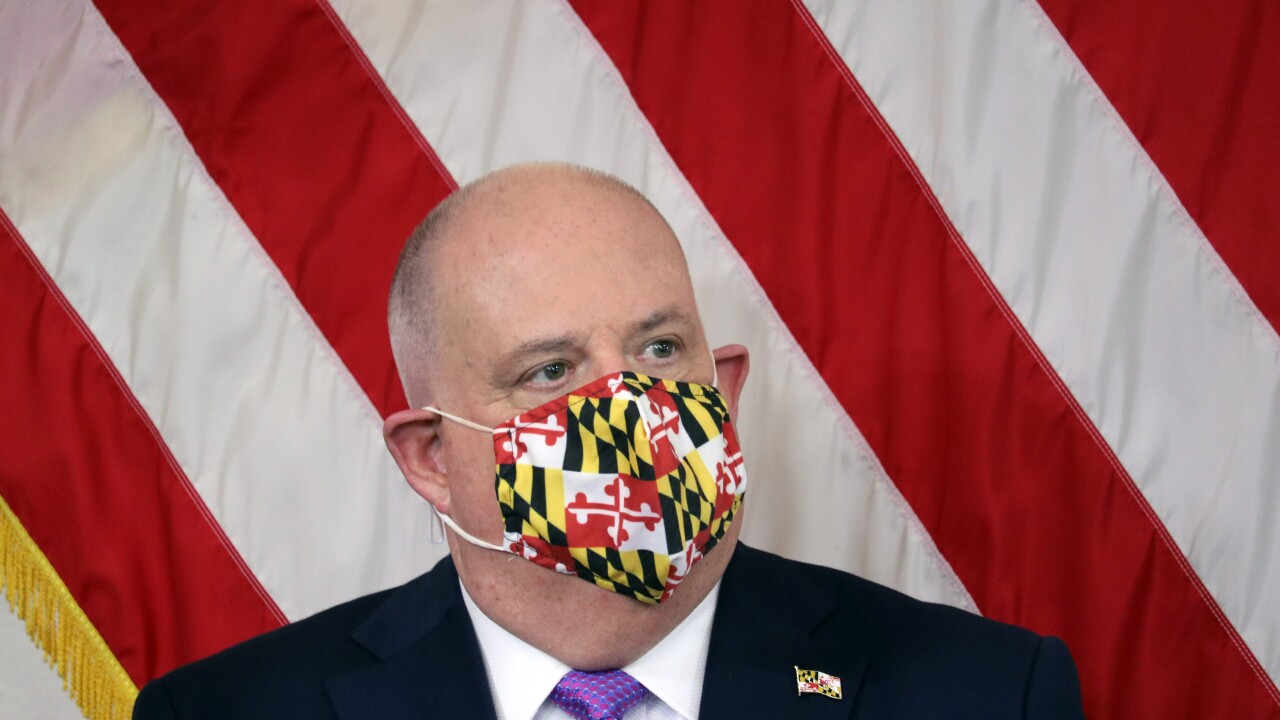 Brian Witte/AP
Maryland Gov. Larry Hogan wears a mask with a pattern of the state flag of Maryland during a news conference on Friday, April 24, 2020 in Annapolis, Md., where he discussed plans to gradually ease restrictions on businesses and activities that have been in place because of the coronavirus. (AP Photo/Brian Witte)

As of Friday, Maryland's Department of Health reported 144,314 statewide cases of COVID-19, including 3,990 deaths.

Despite a rise in new cases throughout the nation, Maryland’s positivity rate remains better than 39 other states, with a case rate lower than 41 other states.

“While Maryland’s positivity and case rates remain lower than most states in America, we are closely monitoring increases in some of our key health metrics as well as rising numbers in states across the country,” said Hogan. “This crisis is far from over, and this virus does not recognize state borders. I want to remind Marylanders that the only way to keep our state open for business is to avoid traveling to hotspots and continue following the public health guidelines. We cannot let our guard down, and we must remain vigilant.”

Read the Governor's order below.