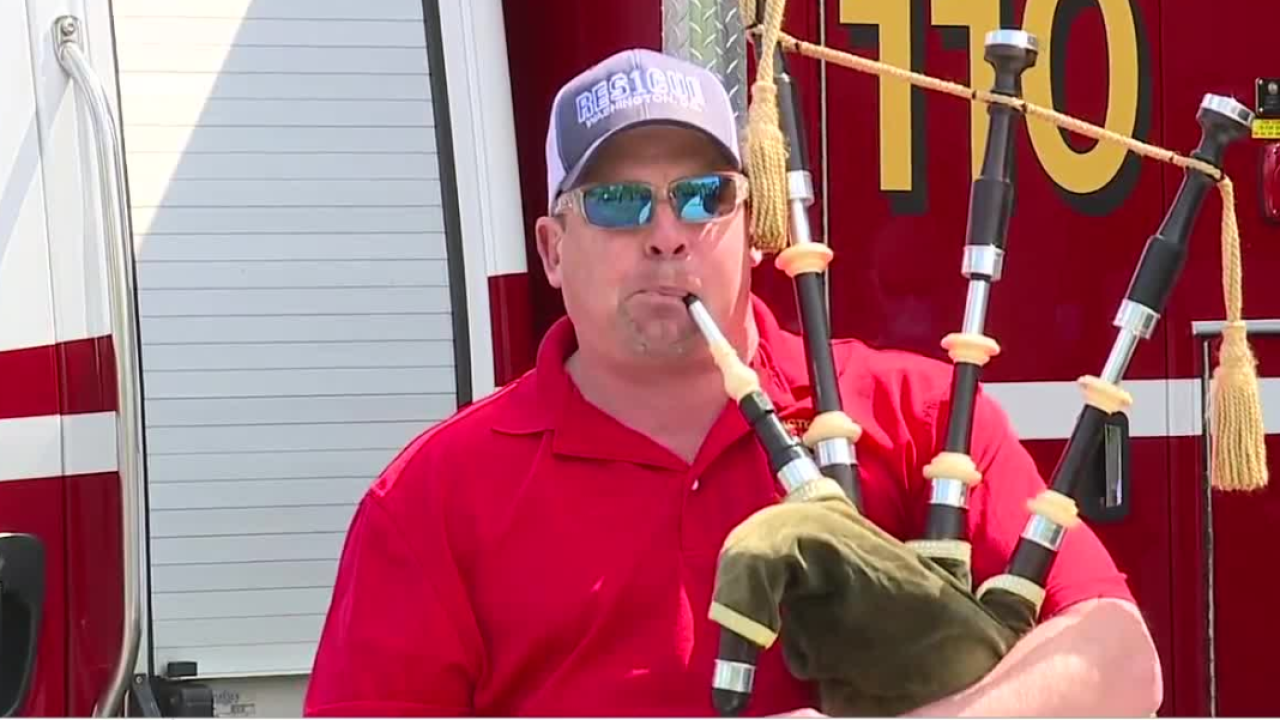 BALTIMORE — A tribute to our first responders.

Jim Mazzarra is a firefighter in D.C. and knows other frontline workers are 'taking a beating.'

So, he decided to honor them by playing bagpipes outside hospital emergency rooms.

On Thursday, he played patriotic music like God Bless America and America the Beautiful outside of Good Samaritan Hospital to remind staff that the country is championing for them.

"So, first of all if you stand on your feet for 12 hours, it's exhausting. Caring about people like they do just to be doctors and nurses in the first place can be mentally exhausting."

Mazzarra started playing in his driveway, then people asked him to play for them and they paid him for it.

He decided to give that money to the world central kitchen.