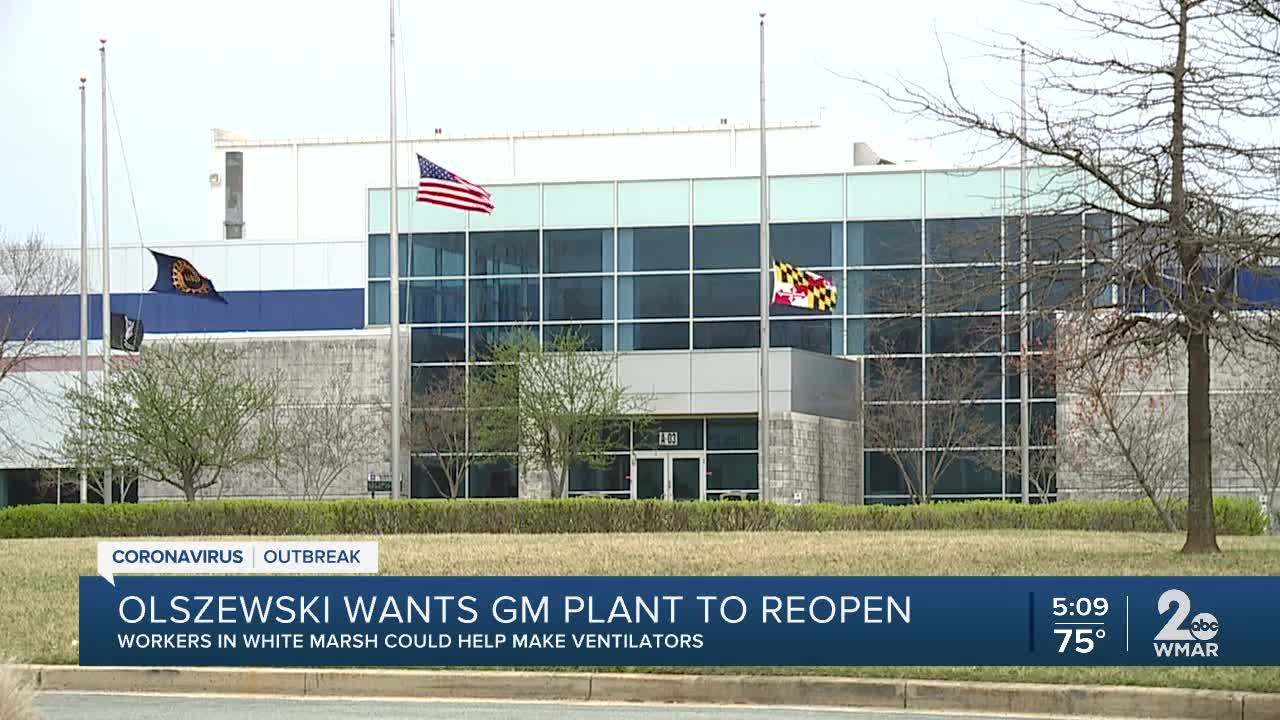 "It's an opportunity to first meet the response out there and have ventilators put into production," said Olszewski. "Not just here in Maryland but across the country. We also know that opening the GM plant is a chance to put people to work and back to work."

The facility closed last year leaving hundreds of employees without a job. Olszewski said Maryland is on the forefront of fighting COVID-19 and with a production facility already in place, reopening the plant makes sense.

General Motors was recently awarded a near $500 million dollar contract from the U.S. Department of Health and Human Services to produce 30,000 ventilators. Production is slated to begin this week in Indiana.

“This money should be leveraged to put hardworking Americans back to work, including residents of Baltimore County,” said Olzewski. “These workers are idle, they are skilled, and they could make a meaningful contributions to the national effort to increase the supply of medical equipment needed by state and local governments to respond to COVID-19.”

WMAR-2 News reached out to General Motors asking whether it had plans to reopen the White Marsh location.

“GM has been developing plans to build Ventec ventilators since March 18. Just days ago, GM was given a contract from the U.S. Department of Health and Human Services to build 30,000 ventilators,” said spokesperson Jim Cain. “Mass production begins this week in Kokomo, Indiana. The U.S. government has also contracted with other companies such as Philips to deliver tens of thousands of ventilators, as you have probably read. In addition, other companies including Ford/GE are ramping up production for tens of thousands more. Therefore, it is very unlikely that GM would be awarded a contract that would require a second production facility.”

Olszewski has not heard back from the White House regarding the letter but remains hopeful.