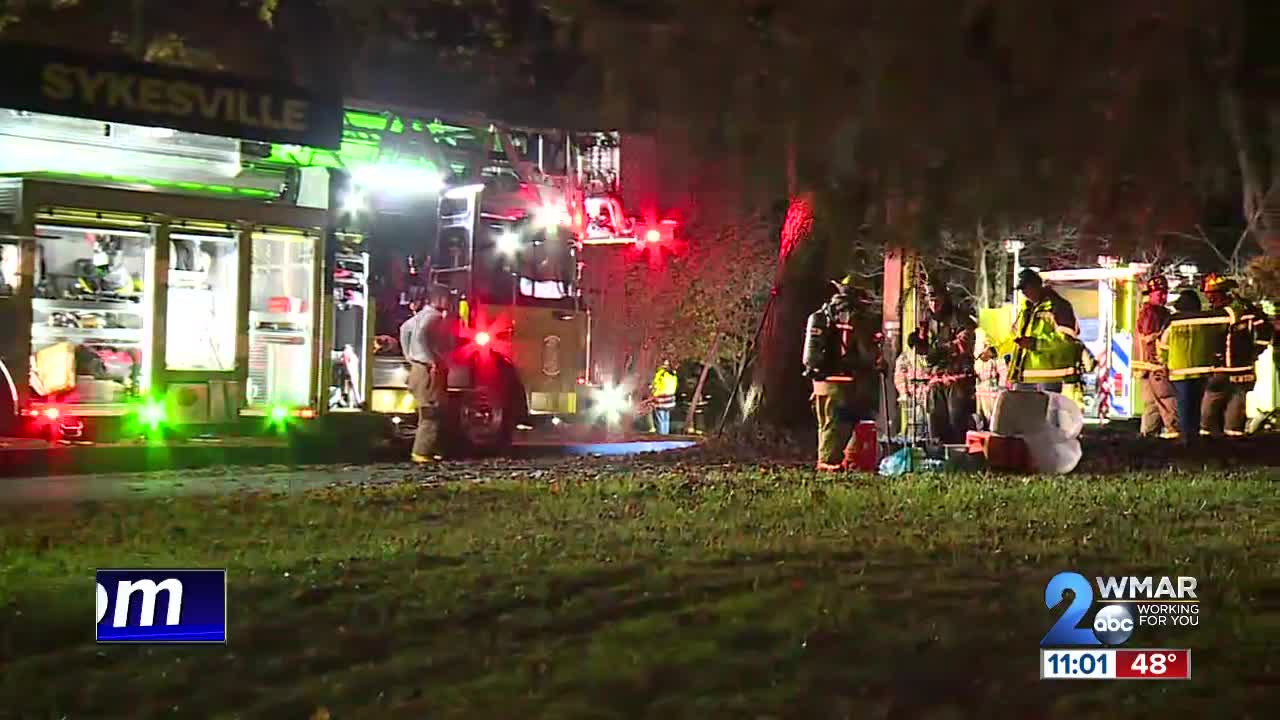 Sykesville Fire Department officials responded to the scene of a deadly house fire on Thursday at around 9 p.m.

SYKESVILLE, Md. — 2 people are dead after a house fire that broke out Thursday night in Sykesville around 9 p.m.

The Sykesville Fire Department and mutual aid companies were alerted to the fire which was reported by a neighbor. Several units from across Carroll, Howard and Baltimore County responded to the scene.

After attempting an interior attack, firefighters found one deceased victim on a stairway and a second victim was found upon a search of the second floor.

The victims' identities haven't yet been released.

The fire was able to be knocked down in less than 30 minutes.

The Maryland State Fire Marshal office is on scene, and will be conducting the fire investigation, once the structure is ruled safe.