Second animal with rabies round in Carroll County 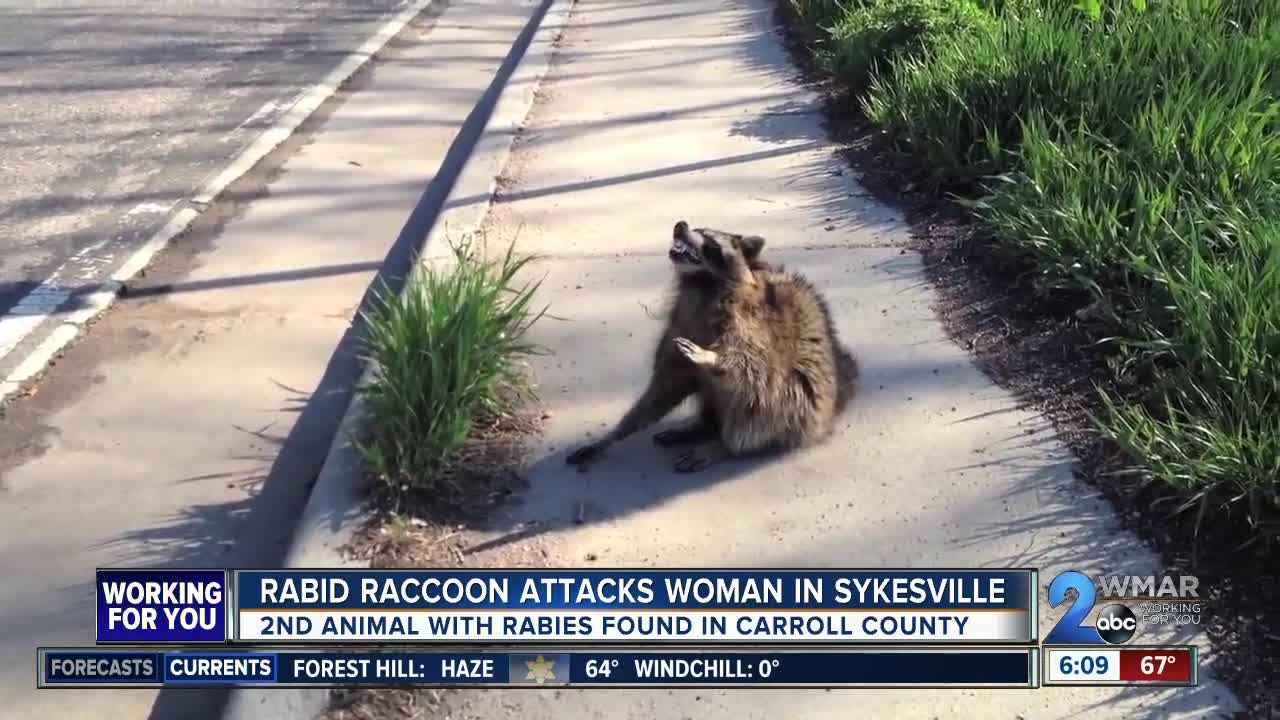 Tucked at the north end of Main Street in Sykesville near Wilson Avenue, news of the attack has caught residents off guard.

SYKESVILLE, Md. — Tucked at the north end of Main Street in Sykesville near Wilson Avenue, news of the attack has caught residents off guard.

"A rabid raccoon had gone inside someone's house and bit them," said Rose Werden.

"It kind of broke into the person's house,” said Mancuso. “I'm not exactly sure the mechanism how it got in there---maybe a doggy door or what have you. It could have broken through a screen, but the person who lived in there heard her dogs kind of yelping and barking, and sure enough, there's a crazy raccoon, and she got between them and got bitten."

As the rabies program manager for the department, Mancuso says while a bite or scratch from a rabid animal is an urgent matter, it's not an emergency and treatment can begin days after exposure.

"They could be hungry and they could be out during the daylight,” said Mancuso. “I'm sure you've probably heard they only go out at night, but in general, if they're approaching you, there's something going on. There could potentially be something going on there so keep a distance and if you feel threatened, call your local animal control."

It's enough to make those who live near the Sykesville attack take stock of their surroundings.

"It's a little disconcerting, because I've got woods up here of the hill so I will definitely keep a look out," said Werden.

A raccoon recently found a quarter-of-a-mile from the traffic circle on old Taneytown Road also tested positive for rabies.

If you, your children or your pets may have come into contact with either of the rabid animals, you're asked to call the Carroll County Health Department at 410-876-1884 to assess whether you need treatment.