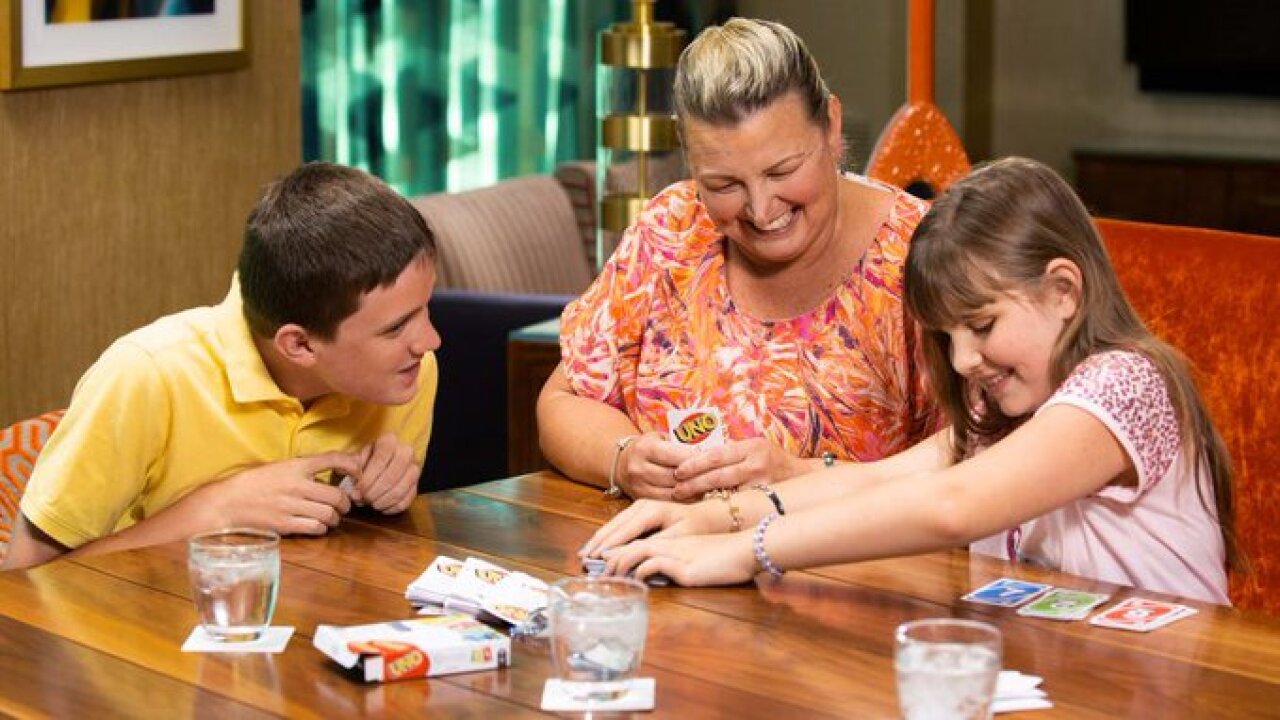 WESTMINSTER, Md. (WMAR) — Two Carroll County Middle School students were given the opportunity to test out the first braille edition of the Mattel card game Uno, before it was released October 2.

Derrick Day and his sister Meredith, both attend West Middle School in Westminster, and had the chance to first play with their mother Chris.

Mattel teamed with the National Federation of the Blind to make Uno Braille, making the game accessible to more than 7 million people with blindness and low vision living in the United States.

The deck features braille on the corner of each playing card indicating its color, number, and action.

Along with helping to beta test Uno Braille, Derrick has also discovered an accessible format for coding and has coded a multiplication app on his computer.