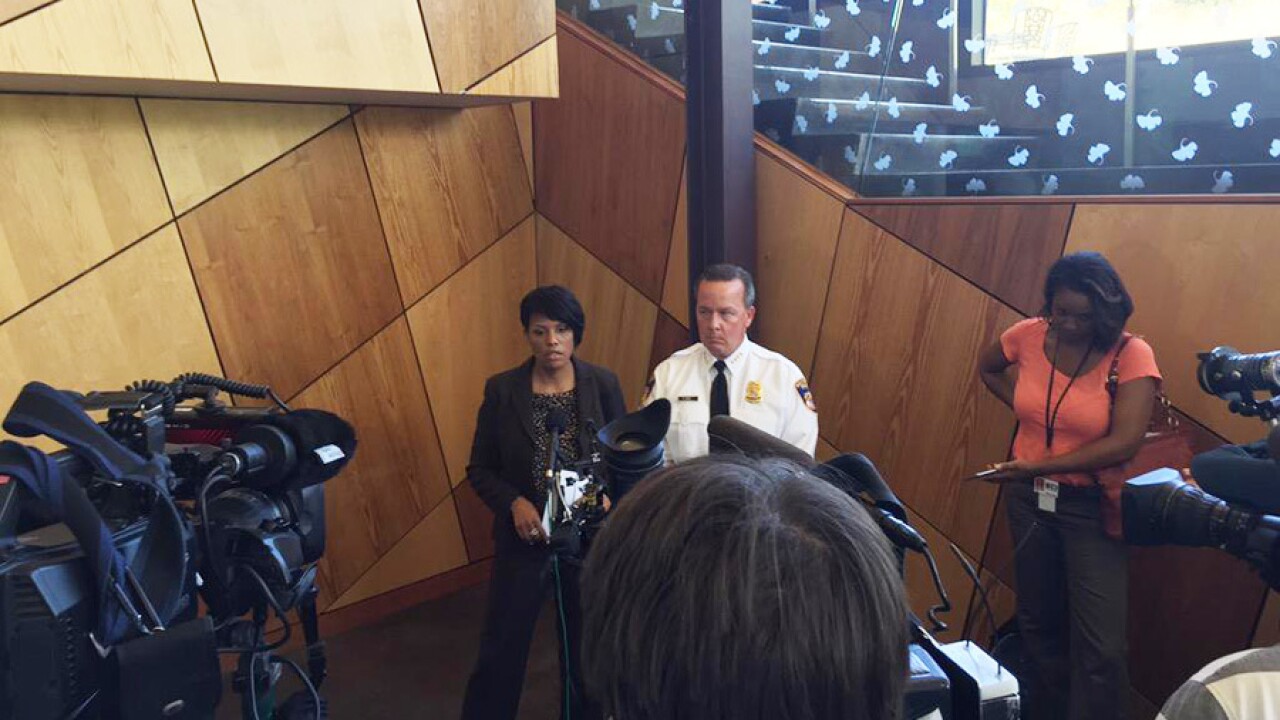 Baltimore's mayor says the $6.4 million settlement between the city and the family in the death of Freddie Gray is meant to bring closure and avoid years of protracted litigation.

On Wednesday morning, shortly after the approval of the settlement was announced, Mayor Stephanie Rawlings-Blake said, "I again want to extend my most sincere condolences to the family of Mr. Freddie Gray ... I hope that this settlement will bring some measure of closure to his family and to his friends."

Rawlings-Blake also acknowledged that a settlement before criminal proceedings is unusual but said it's in the best interest of protecting taxpayers. She said negotiations lasted for months.

The Baltimore city board unanimously approved a $6.4 million settlement between the city and the family of Freddie Gray, a 25-year-old black man who died a week after he was critically injured while in police custody.

I know money cannot bring back Mr. Gray, but I hope this settlement brings his family–& our City–a measure of closure http://t.co/DI7zu3qsN4

The approval came Wednesday morning, just a day before Judge Barry Williams will decide whether the trials for six officers charged in Gray's death should be moved to a different jurisdiction. Defense attorneys have asked for a change of venue, citing pre-trial publicity and concern that the officers won't get fair trials if they're tried in Baltimore.

The settlement appears to be among the largest such payments in police death cases in recent years.

Deputy City Solicitor David Ralph said the settlement payout will have no impact on city operations or budgeted programs.

City Solicitor George Nilson said the settlement "spares us from having the scab of April of this year being picked over and over and over for five or six years to come. That would not be good for the city," he said.

Although the city said in a statement that the settlement does not resolve any factual disputes, and expressly does not constitute an admission of liability on the part of the city, its police department or any of the officers, experts say the city's willingness to pre-empt a lawsuit could have an effect on the officers' ability to receive an impartial trial in Baltimore -- an issue Williams will likely decide Thursday.

"If I was an attorney for a defendant I'd be revising my motion right now to say the settlement was made to persuade the jury pool that the officers did something wrong," said David Harris, a law professor at the University of Pittsburgh.

Douglas Colbert, a professor at the University of Maryland Francis King Carey Law School, said the settlement is a step in restoring the public's faith in local government and mending the broken relationship between the citizens of Baltimore and elected officials.

"It's a big step toward a different type of policing," Colbert said.

The mayor said officers in the Western District neighborhood, where Gray was arrested, will be the first to start wearing body cameras as part of a pilot program. Billy Murphy, the attorney for the Gray family, applauded the move and said the settlement brought civil justice to the family.

"Lengthy litigation puts the grieving family through hell. It could have taken three years. No family wants that," Murphy said.

Other settlements have varied widely. In July, New York City settled for $5.9 million with the family of Eric Garner, an unarmed black man who died after being put in a white police officer's chokehold. The city of Chicago settled in 2001 a wrongful death lawsuit by the family of LaTanya Haggerty, a black woman who was shot to death by a police officer who thought her cellphone was a weapon, for $18 million.

Eugene O'Donnell, a professor at John Jay College of Criminal Justice, said such settlements are damaging for communities and self-serving for governments. By paying off family members, O'Donnell said, cities can prevent real scrutiny of political and social ills that allowed misconduct to occur.

"It's all too easy to take public money and hand it over to people and say, `Well, this is a big aberrational mistake and we're going to make it good,' and it generally absolves the policymakers and the people in power of responsibility, when in fact the mistakes are systemic and reflective of a lack of leadership," he said.

The head of Baltimore's police union condemned the agreement.

"To suggest that there is any reason to settle prior to the adjudication of the pending criminal cases is obscene and without regard to the fiduciary responsibility owed to the taxpaying citizens of the city," Lt. Gene Ryan said in a statement.