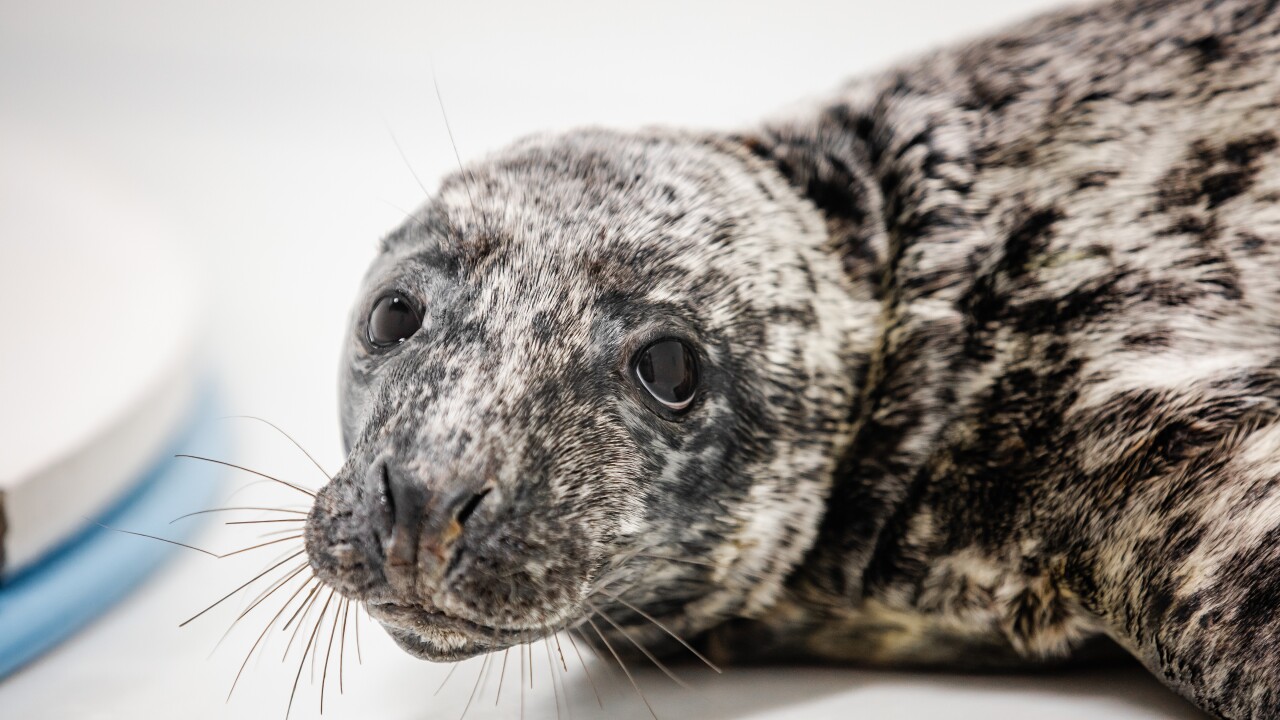 BALTIMORE — The National Aquarium's Animal Rescue Team is caring for a gray seal pup that was rescued from Dewey Beach!

The rescue, nicknamed Pippi Longstocking was rescued on February 8. She was dehydrated, malnourished and appeared to have an infected front flipper. Pippi is now receiving fluids to aid with rehydration, along with anti-inflammatory medications and antibiotics to fight off any infections.

The Aquarium estimates that she is about one month old.