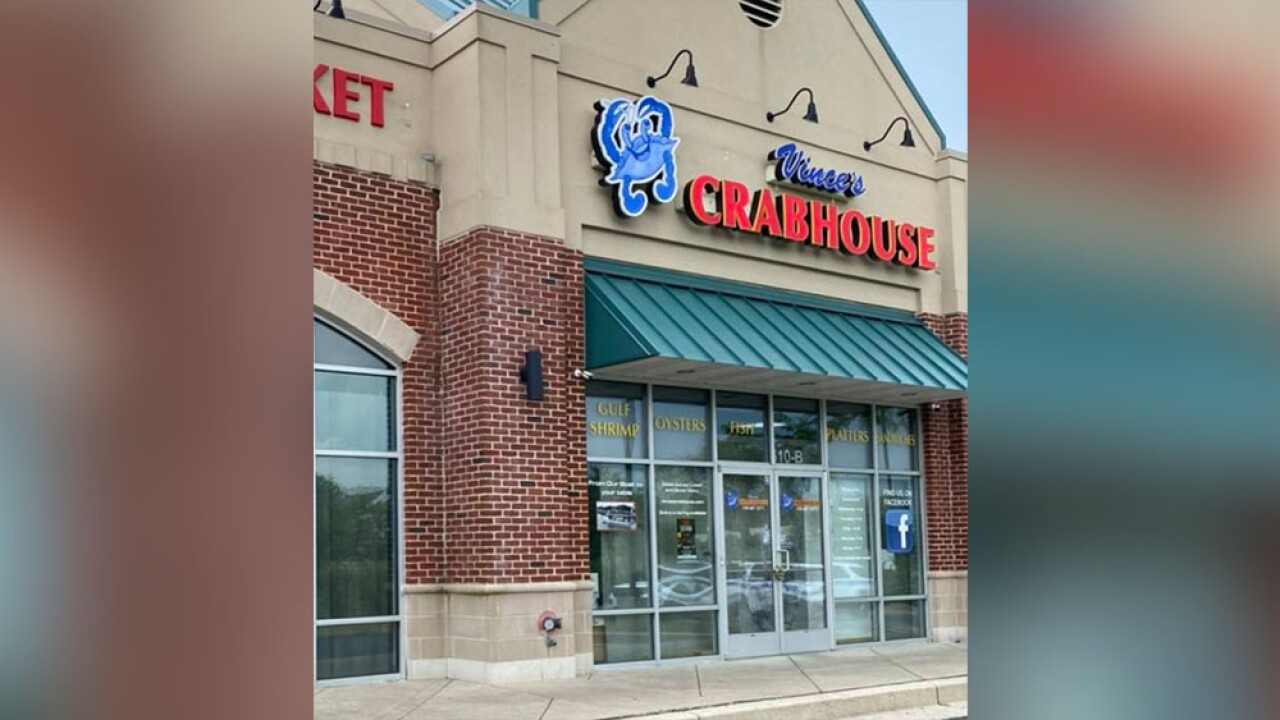 MIDDLE RIVER, Md. — After weeks of protests and demonstrations outside their Middle River restaurant, the owners of Vince's Crab House say they're taking Baltimore County Executive Johnny Olszewski to court, accusing him of endangering their lives and property.

The small family owned business claims they, their customers, employees and delivery vendors have been assaulted and the targets of death threats, harassment, attempted identity theft, and even followed home.

The family alleges that police took no action and were told Olszewski ordered them to stand down.

Things have gotten so bad, the family says they've been forced to hire private security at a cost of $40,000. Meanwhile, the continued protests are causing the business to suffer financial losses, the family said.

Back in early June it was uncovered that owner, Vince Meyer had made racially insensitive remarks on Facebook. The comments sparked outrage and protests.

The family says they closed the business for nine days at the request of the protestors, and out of respect for George Floyd.

But they say things got worse, with one family member's social security number apparently being shared on social media.

Following the backlash, Meyer acknowledged his posts were offensive, but said he couldn't apologize because he doesn't think anyone would accept it. He estimated African Americans make up about 75 percent of his customer base.

The family says the non-profit “Respect the Constitution Legal Foundation,” is launching a multi-phased campaign on their behalf.

A letter has already reportedly been sent to Olszewski, demanding reimbursement for damages caused to the business, accusing the police department of being "delinquent," in protecting the rights of the Crab House.

The family also plans to file a “Writ of Mandamus” with the Circuit Court of Baltimore County, which if granted could force the county to intervene in the protests.

Representatives for the family say they may seek criminal and/or civil action against those who they're accusing of making threats and invading private property.

The family claims peace orders have been obtained from the court to protect a number of family members who were allegedly assaulted. However the police department hasn't enforced them, according to the family.

It's unclear when the family obtained protective court orders and if they were ever served.

The court documents can be read below: