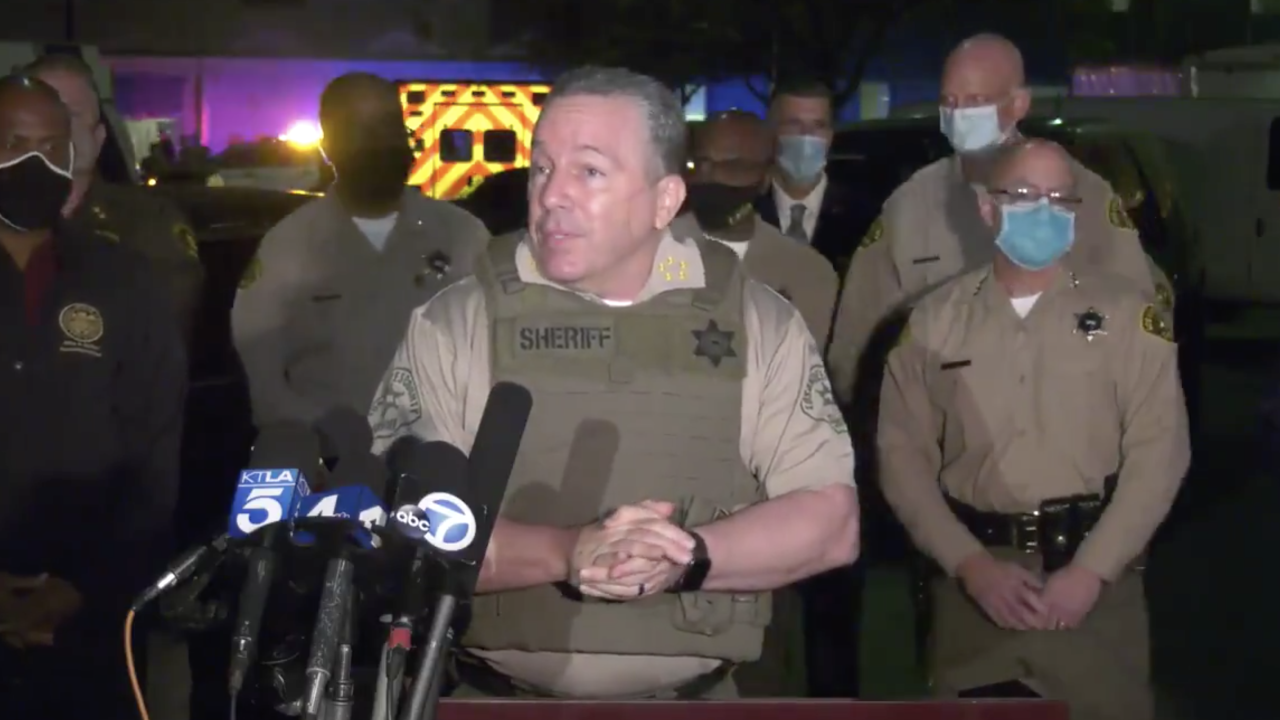 And now a $100,000 reward is being offered for information leading to the shooter's arrest.

The Sheriff's Office released a short video of the incident on their Twitter feed.

Update: The gunman walked up on the deputies and opened fire without warning or provocation. pic.twitter.com/cBQjyKkoxJ

A male and female deputy were sitting in their patrol car at the MTA Blue Line Terminal in Compton, when without any provocation a gunman came up and opened fire before fleeing.

Both deputies were struck several times and rushed to St. Francis Medical Center in Lynwood, California.

Following the incident, the Sheriff's Office said protesters gathered outside the hospital blocking the emergency room entrances and exits, chanting "We hope [the deputies] die!"

To the protesters blocking the entrance & exit of the HOSPITAL EMERGENCY ROOM yelling "We hope they die" referring to 2 LA Sheriff's ambushed today in #Compton: DO NOT BLOCK EMERGENCY ENTRIES & EXITS TO THE HOSPITAL. People's lives are at stake when ambulances can't get through.

The protesters were given an order to leave, but at least two refused.

One of the agitators got into a struggle with deputies that were trying to arrest him for not cooperating.

A woman then allegedly ran at the deputies and interfered with the arrest. Turns out she was a member of the media, but at the time didn't identify herself or have proper press credentials, according the the Sheriff's Office.

She also ended up being arrested.

The incident even caught the attention of President Donald Trump who asked for prayers and tweeted, "If they die, fast trial death penalty for the killer. Only way to stop this!"

If they die, fast trial death penalty for the killer. Only way to stop this! https://t.co/K3sKh28GjX