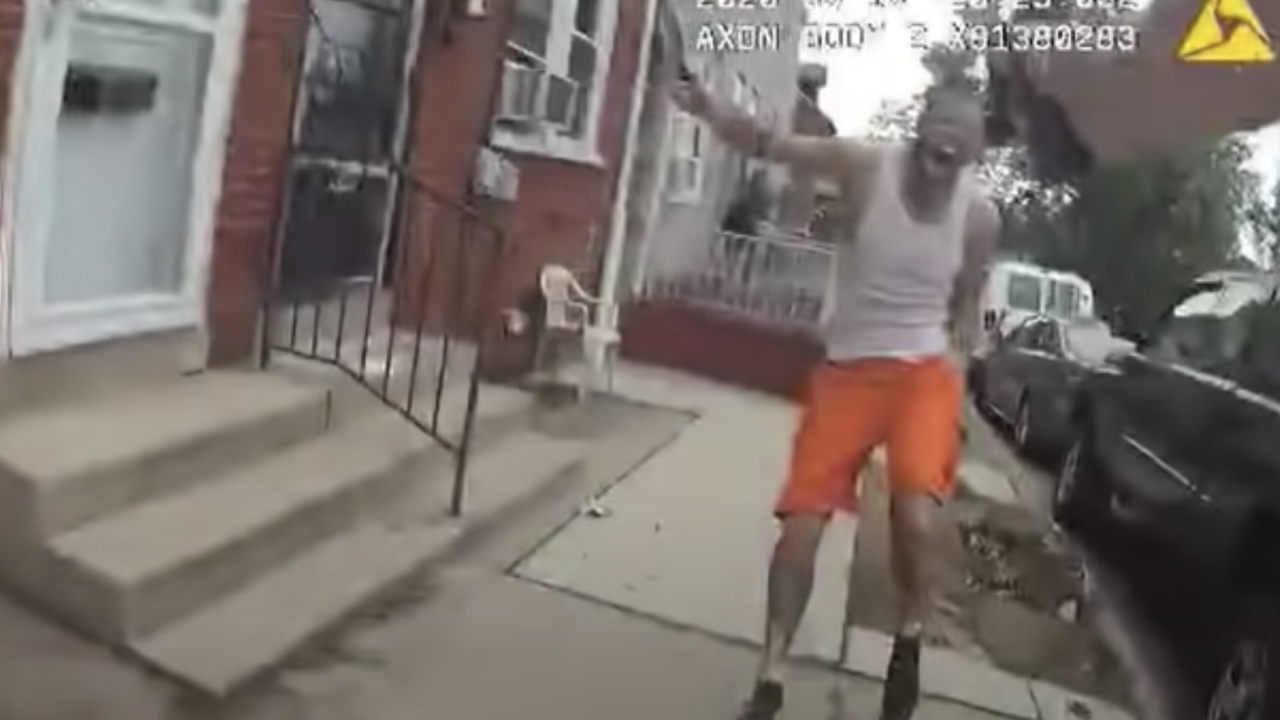 The incident sparked what the police department is calling a riot.

It all started around 4:15 p.m. Sunday, when police were called for a domestic disturbance at a home in the 300 block of Laurel Street.

The caller told a dispatcher that her brother was being aggressive and trying to break-in to their mother's home.

Graphic body cam footage shows the first arriving officer walk up to the home, where a female family member can be seen in the doorway.

Almost immediately, the knife wielding suspect comes charging through the door and chases the officer down the sidewalk.

Seconds later, the officer fires his gun striking the 27-year-old suspect. He died at the scene.

Soon after the incident, more than 100 protesters locked arms blocking the access ramp of the police station.

Police say they asked the crowd to disperse several times over a public address system.

The crowd refused and began damaging government vehicles and throwing bricks through the front of the police station and a neighboring post office window.

Officers were then pelted by bottles, rocks, bricks, jugs with liquid in them, trash cans, and road barricades.

At one point, police say the violent crowd took a dumpster at the intersection of N. Prince and W. Chestnut Streets, and piled it with all kinds of items and set it on fire.

As the unrest continued into the overnight hours, police ultimately arrested eight suspects.

Police say half of them were from outside Lancaster County, and two were armed with handguns.

Each has been charged with Arson, Institutional Vandalism, Riot, Failure to Disperse, Obstructing Highways and Other Public Passages, Disorderly Conduct and Defiant Trespass.

The officer involved has been placed on routine administrative leave, pending the outcome of an internal investigation and review by the District Attorney's Office.