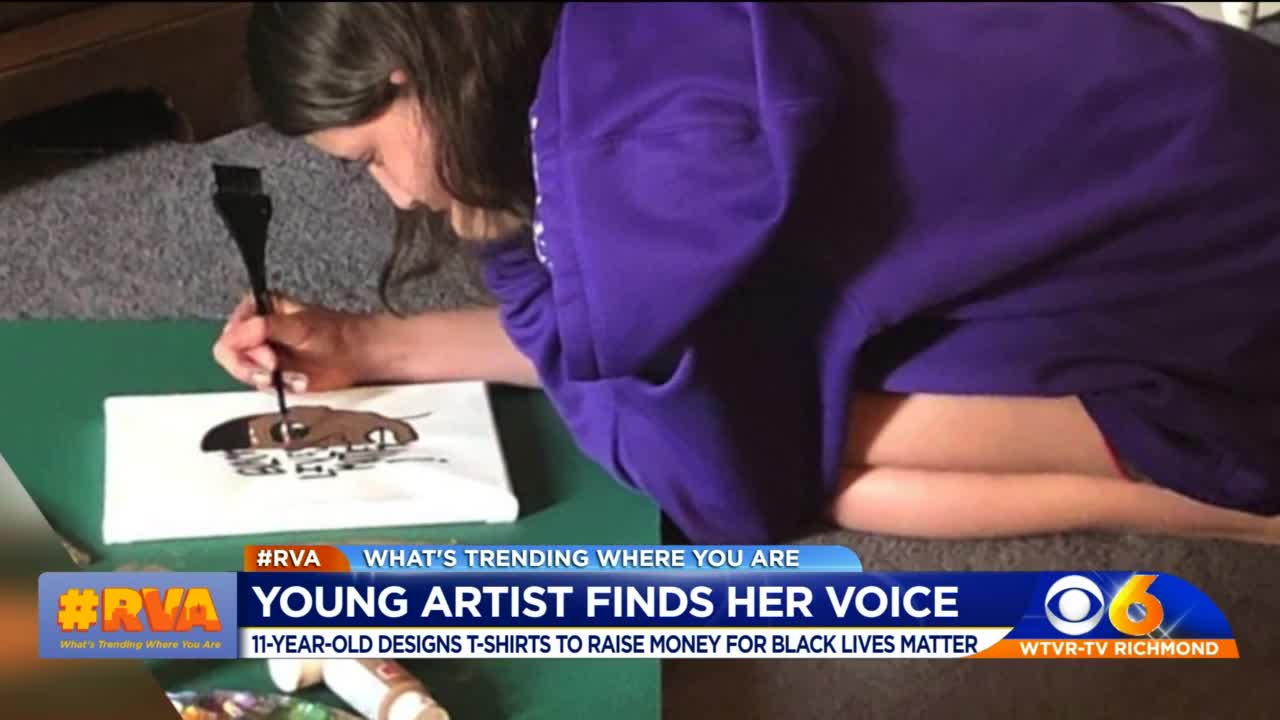 London Hart is actually diving deeper into our country's history and studying recent events including protests against racial injustice. 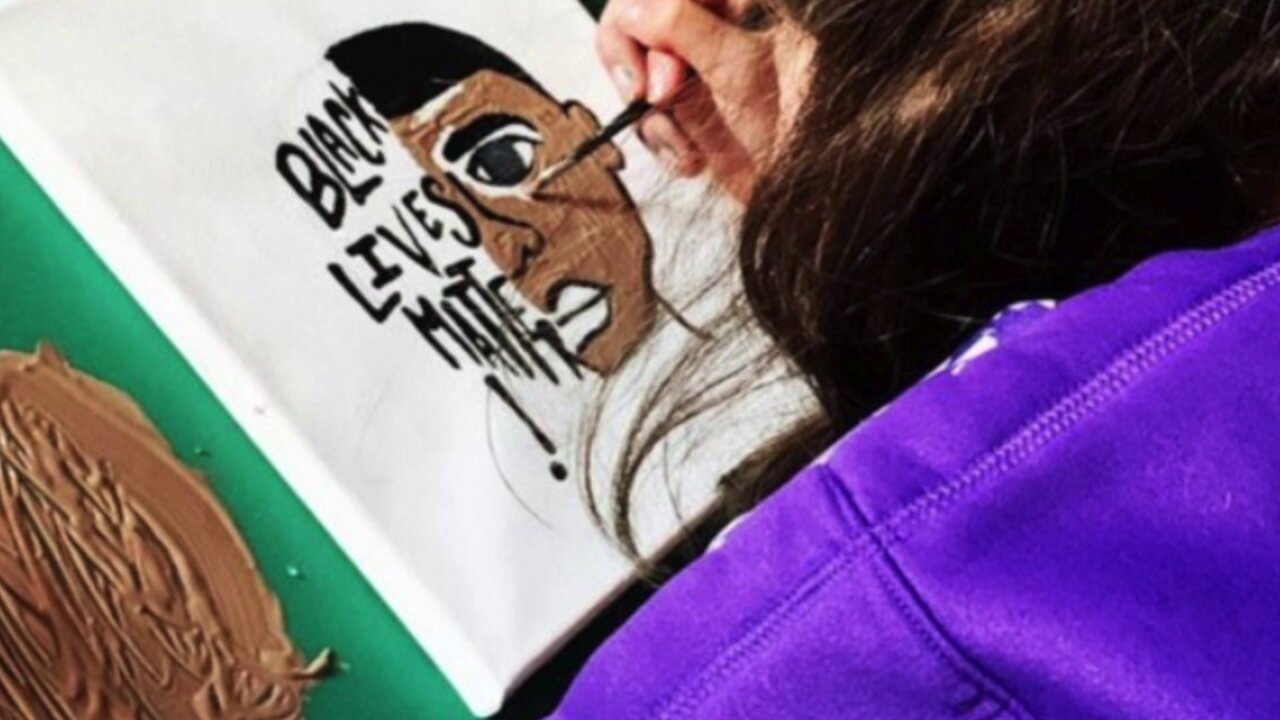 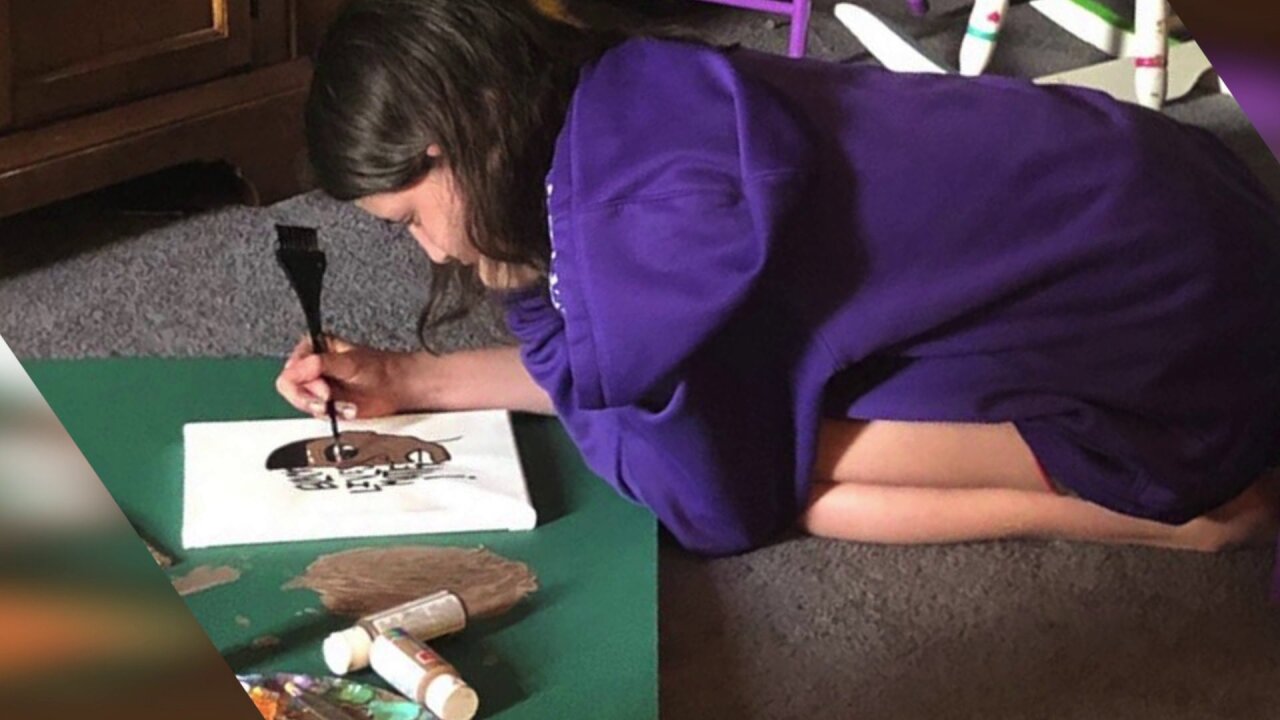 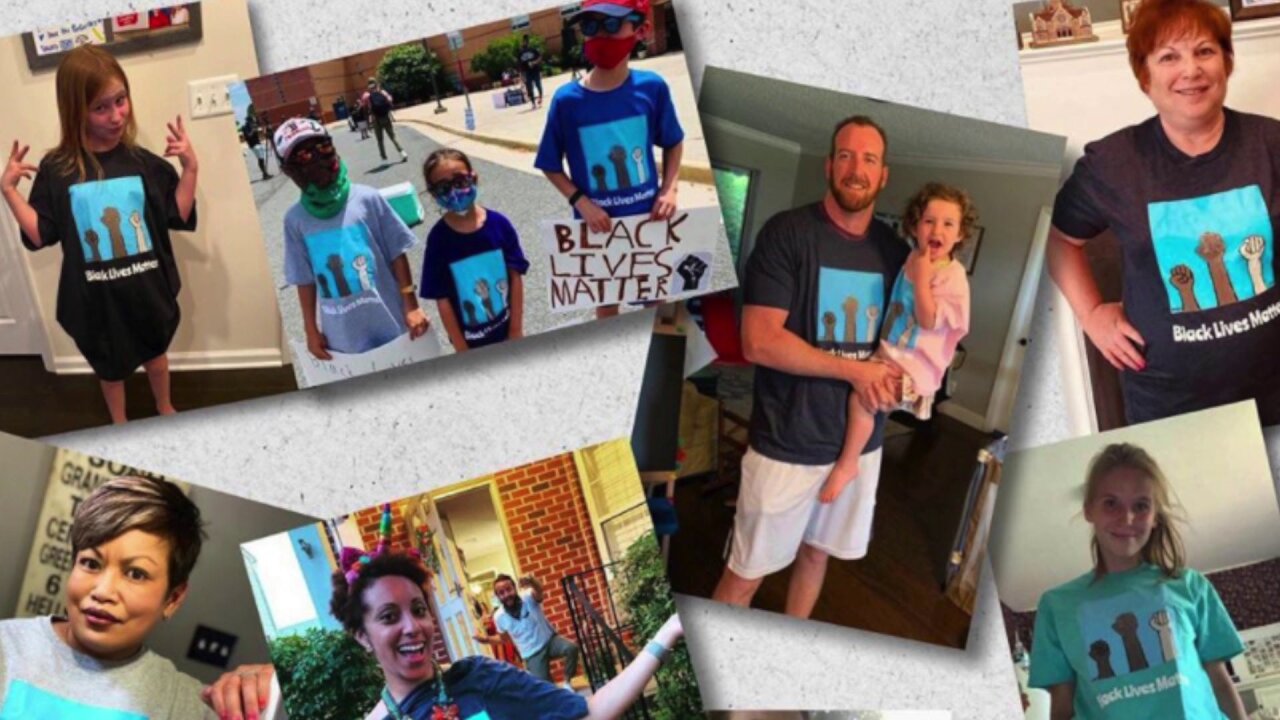 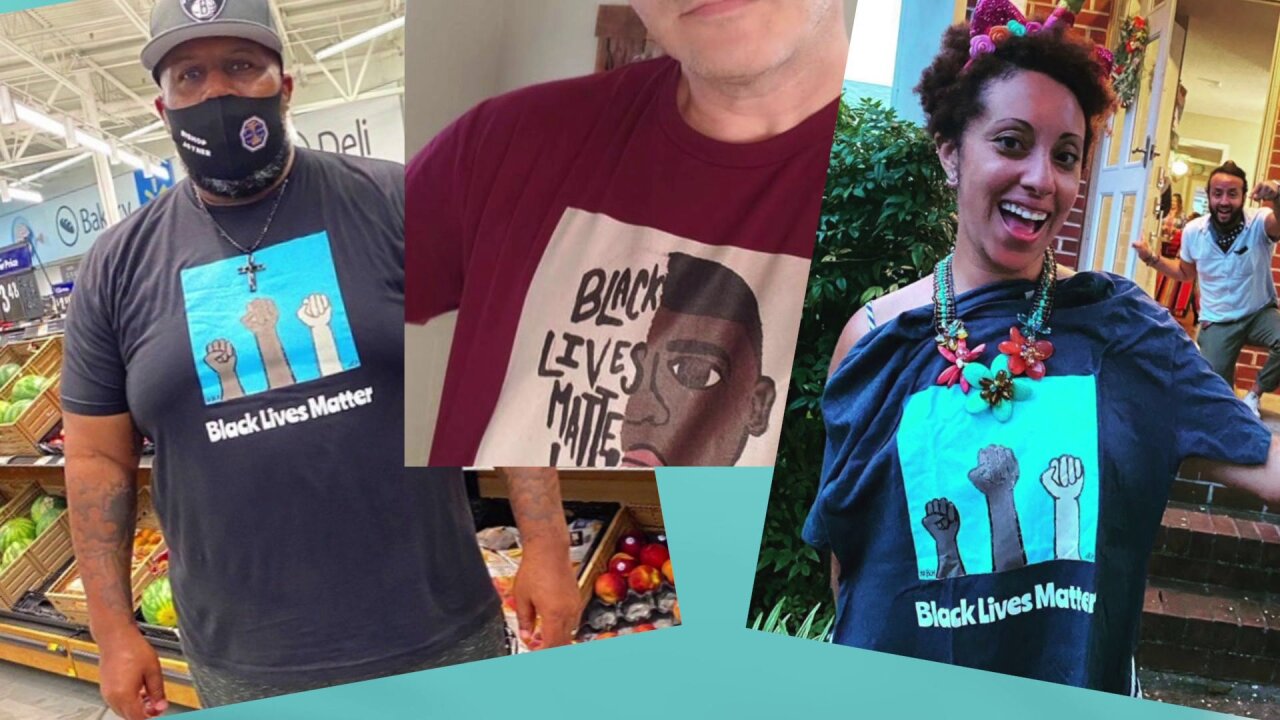 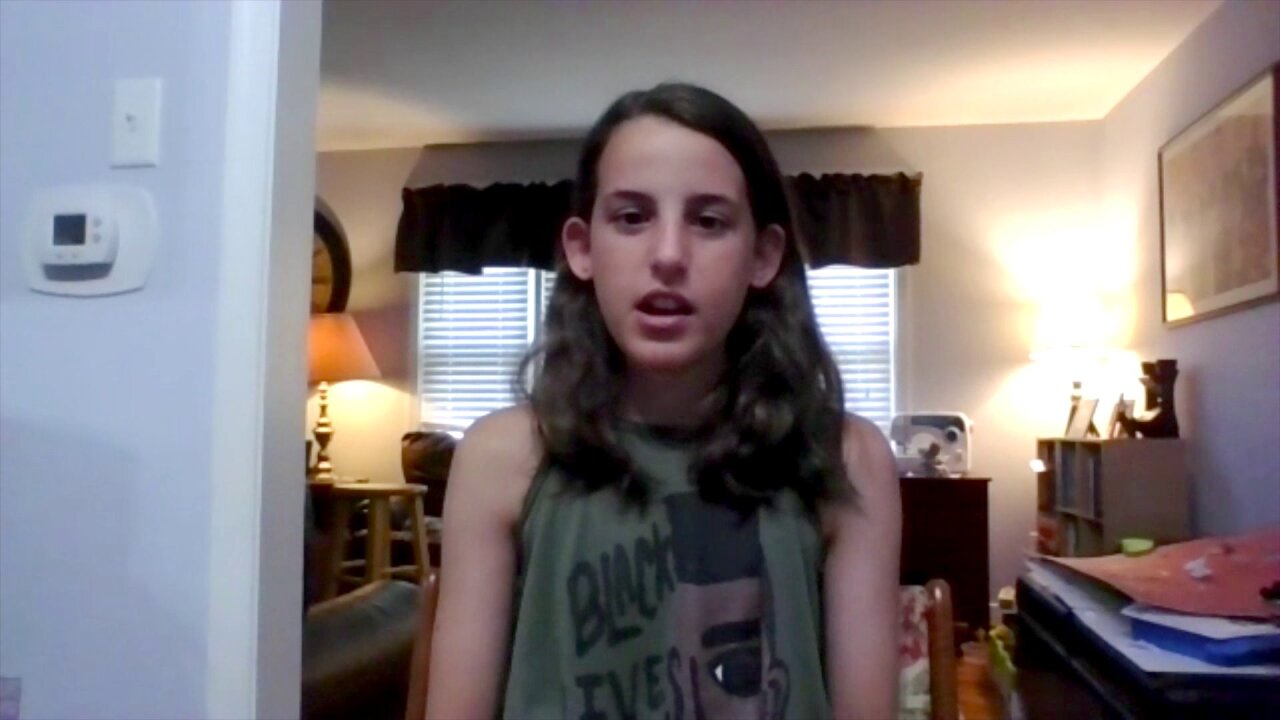 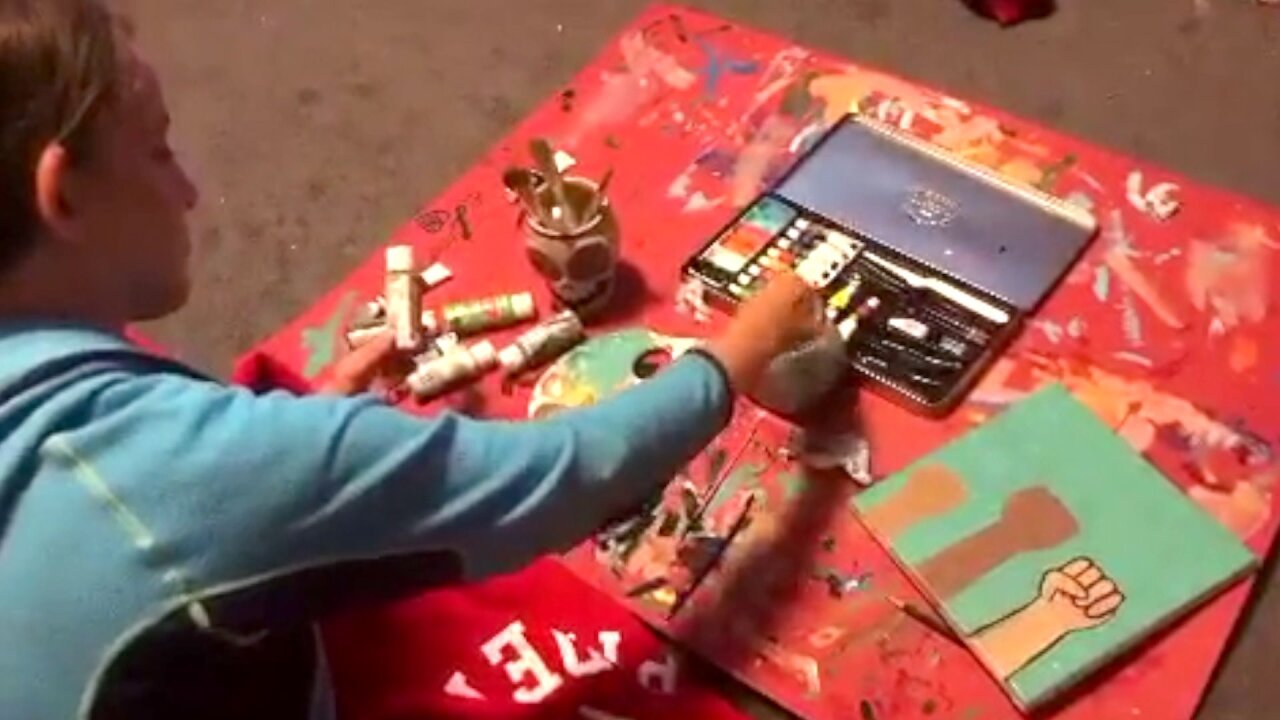 HENRICO COUNTY, Va. -- Summer time for middle school students usually means taking a break from lessons and learning, but not for one 11-year-old girl in Virginia.

London Hart is actually diving deeper into our country's history and studying recent events, including protests against racial injustice.

"Back when the protests started after the George Floyd incident, I was having a conversation my with parents about what was really going on and what was happening. They were telling me all about racism," said London.

It's a conversation London said was very upsetting.

"Just because you're a minority, doesn't mean you should be treated unfairly. It made me unhappy that that was happening," said London.

So the budding artist picked up her canvas and paintbrush and expressed her support for the Black Lives Matter movement the best way she knows how -- by painting.

Then she turned those paintings into t-shirt designs.

London's "Support Shirts" campaign was shared so much online that it blew up.

London is donating all the money to organizations fighting for racial equality, teaching others you're never too young to get involved with a cause you care about.

She even offered some advice to other young people.

This story originally reported by Tyler Layne on wtvr.com.