More than 120 arrested in Louisville protests; man charged in shooting of officers 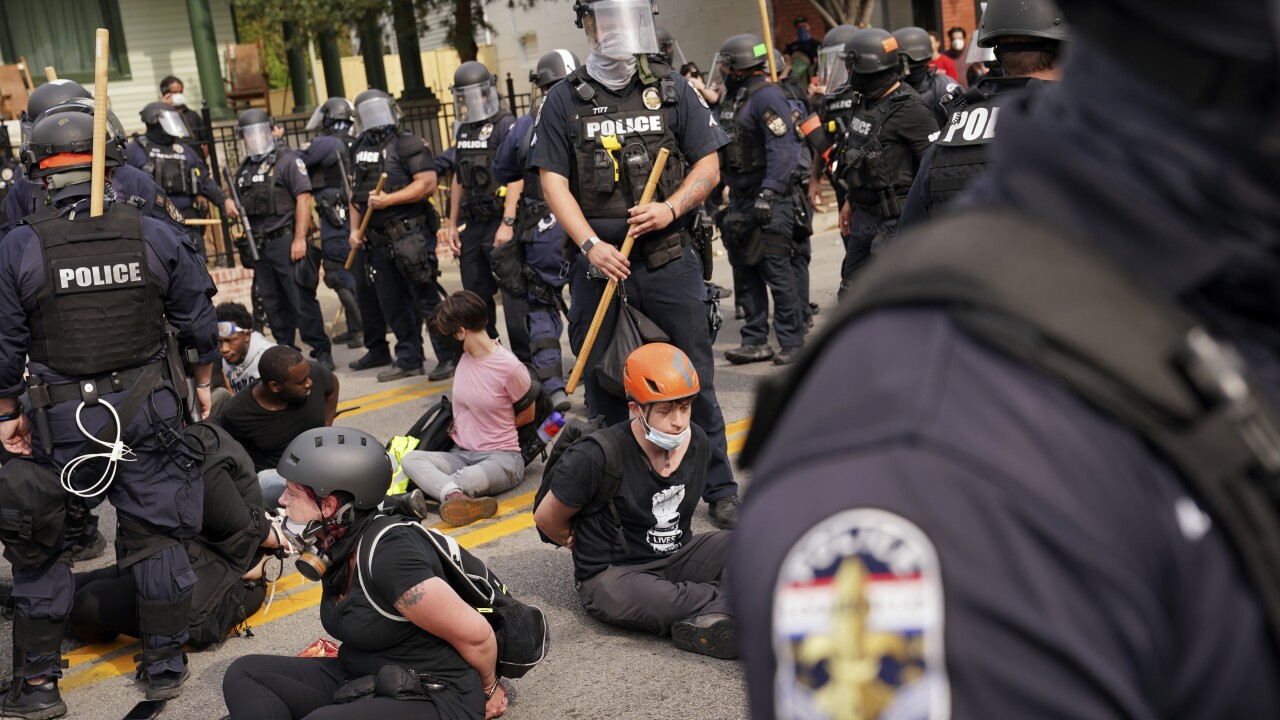 Copyright 2020 The Associated Press. All rights reserved
John Minchillo/AP
Police detain protesters, Wednesday, Sept. 23, 2020, in Louisville, Ky. A grand jury has indicted one officer on criminal charges six months after Breonna Taylor was fatally shot by police in Kentucky. The jury presented its decision against fired officer Brett Hankison Wednesday to a judge in Louisville, where the shooting took place. (AP Photo/John Minchillo) 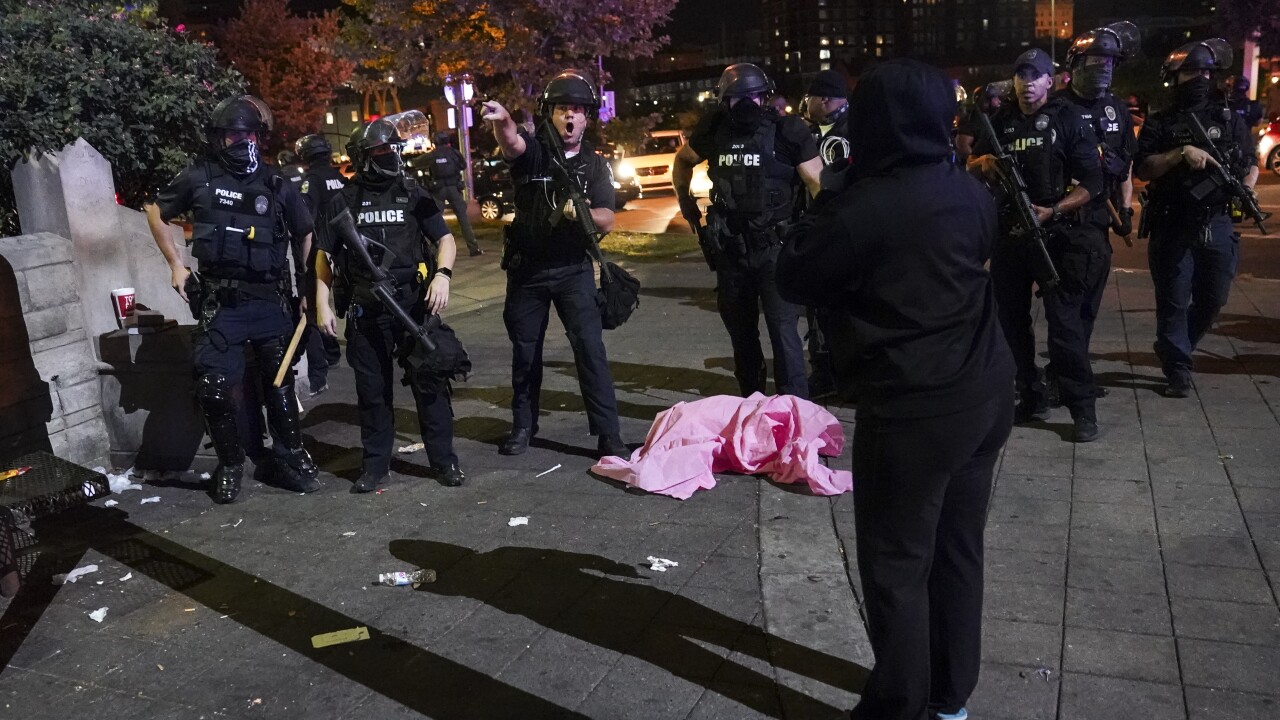 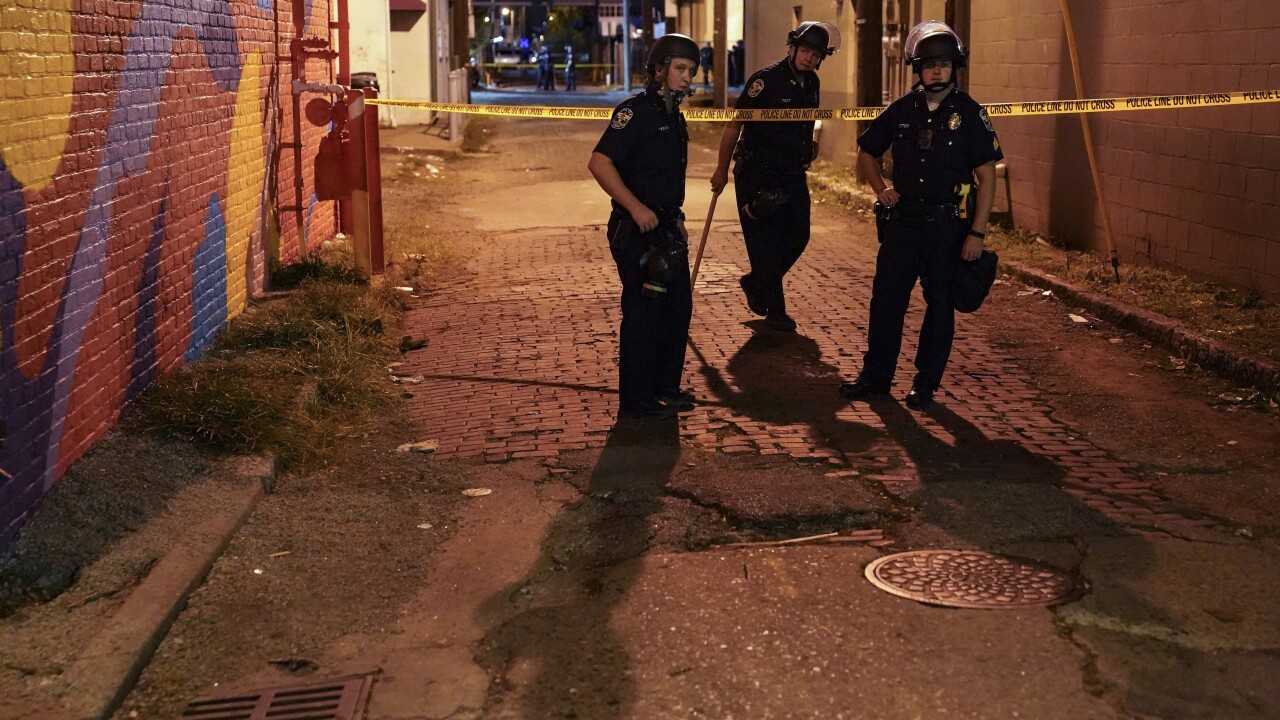 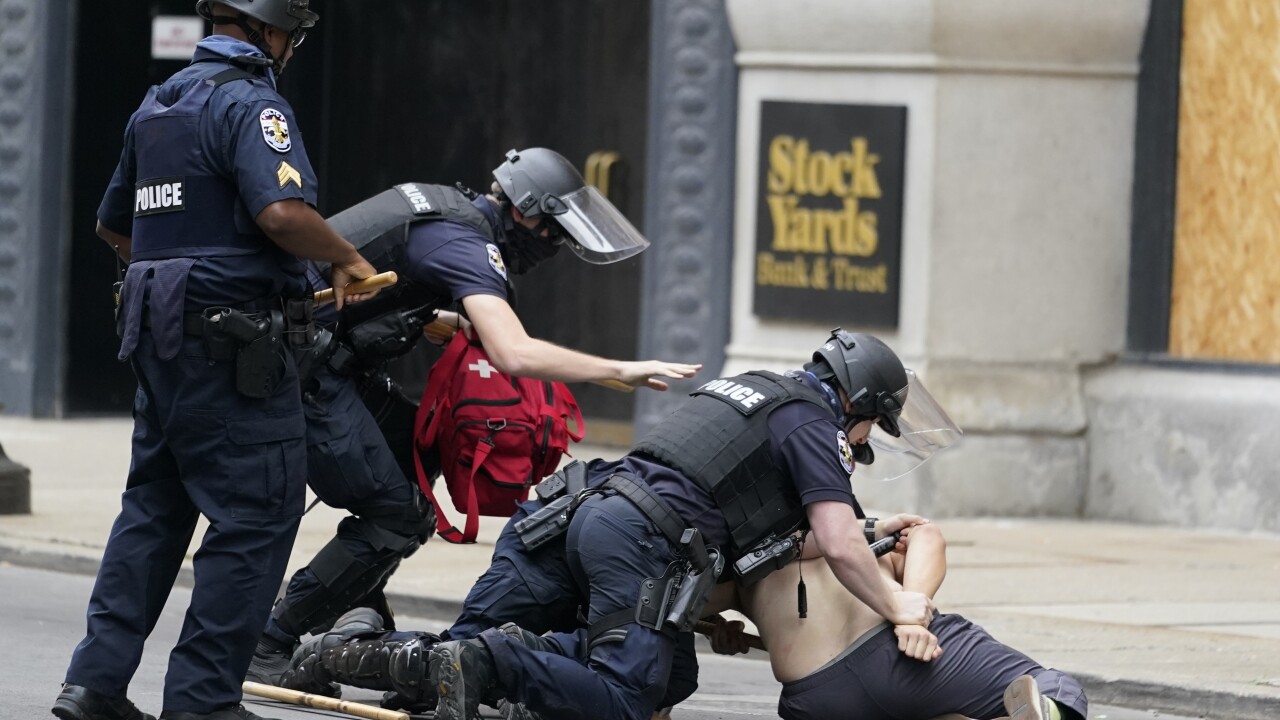 More than 120 people were taken into custody Wednesday night in Louisville during demonstrations following the announcement of the grand jury’s decision in the Breonna Taylor case. A police statement describes vandalism, fires in garbage cans and the looting of several stores as the reason for some of the 127 arrests.

Two officers were shot and wounded Wednesday evening, both are expected to survive and a suspect is in custody. A citywide mandatory curfew of 9 p.m. was in effect Wednesday night.

Larynzo Johnson has been charged with two counts of assault on a police officers and other charges in connection with Wednesday's shooting. An arrest citation says Johnson was among a crowd of people in Louisville that had been told to disperse. The citation claims Johnson intentionally fired multiple times at officers, hitting two.

President Donald Trump tweeted Wednesday night he is “praying for the two police officers that were shot," shortly after news of the shooting.

Praying for the two police officers that were shot tonight in Louisville, Kentucky. The Federal Government stands behind you and is ready to help. Spoke to @GovAndyBeshear and we are prepared to work together, immediately upon request!

Attorney General Daniel Cameron announced Wednesday afternoon a grand jury had indicted one of three police officers involved in the death of Taylor on charges of wanton endangerment for shooting into a neighboring apartment. Former officer Brett Hankison was fired in June, and was booked into jail Wednesday before being released on bond. None of the officers were charged for Taylor’s death.

Taylor, an emergency room technician, was killed on March 13 when officers served a search warrant at her apartment around 1 a.m. They were looking for drugs and cash as part of a narcotics investigation into her former boyfriend.

Taylor’s current boyfriend, Kenneth Walker, was at the apartment and fired at the officers believing they were home invaders. One officer was injured. Walker was arrested but had his charges dropped due to the belief that the officers were breaking into the apartment.

Cameron said his investigation determined officers did announce themselves as police at Taylor’s apartment, and that the other two officers who were investigated were justified in their actions.

Following Cameron’s announcement, demonstrations started in several cities around the country in addition to Louisville, including Seattle, Los Angeles, Chicago, Denver, Washington, D.C. and others. Protesters demanded justice and called for racial equality. In Denver, a driver was taken into custody after driving through a crowd of protesters.

“This is outrageous and offensive to Breonna Taylor’s memory. It’s yet another example of no accountability for the genocide of persons of color by white police officers. With all we know about Breonna Taylor’s killing, how could a fair and just system result in today’s decision? Her killing was criminal on so many level," Crump said.

People have been demonstrating in Louisville for the past 120 days or so calling for justice in the death of Taylor.

Earlier this month, the City of Louisville announced a $12 million settlement with Taylor’s family that included reforms for the police department.

Six officers, including the three who fired their weapons in Taylor’s apartment and were part of the grand jury investigation, remain under internal investigation.