Baltimore's bright side since the April unrest 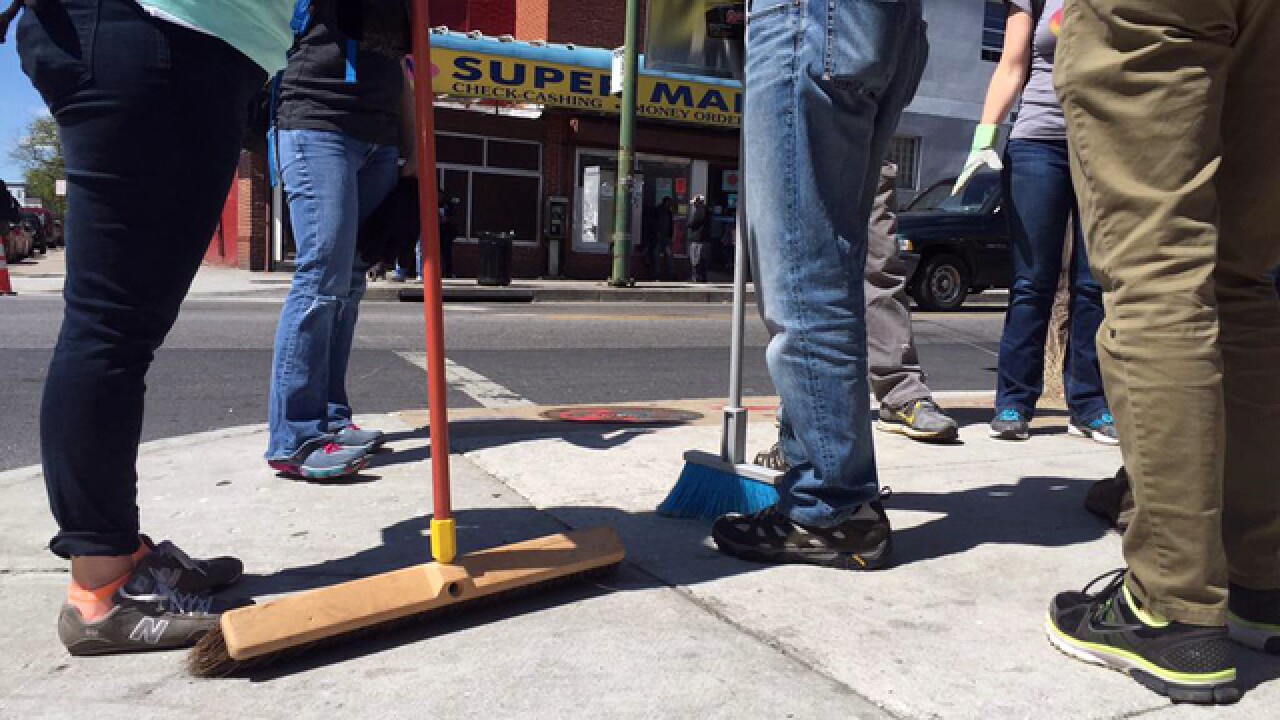 As the Freddie Gray case continues to unfold, we turn our attention to some of the positive things that have happened in Baltimore since the April unrest.

Citywide cleanup effort
The morning after the fires and looting took place on Monday, April 27, a massive volunteer cleanup effort saw Baltimore community members coming together to help restore areas affected by the unrest. Organizations including the Baltimore Community Foundation and the United Way raised funds and set up relief efforts. Families, churches, individuals and community groups, including Leaders of a Beautiful Struggle and Baltimore United for Change, mobilized grassroots movements to feed, support, and uplift not only the Sandtown-Winchester neighborhood but the entire city of Baltimore in the wake of the events.

Alternative spaces for Baltimore youth
The Kids Safe Zone opened up in June as a response to the lack of recreational resources available for kids in the Sandtown-Winchester area. The center, formerly a laundromat located next to the Penn North Recovery Center on N. Carey Street, is a safe space for kids ages 5-17. Board games, computers, homework help, and crafts have been offered to thousands of youngsters in need of a creative outlet since its grand opening. Neighbors and local businesses have donated their time along with electronics, books, and even the paint on the walls to support the center. Last month, pop star Alicia Keys paid the center a visit during a television special, and free haircuts were provided in the fall for kids headed back to school.

A community seen through a young photographer’s lens
A young photographer out of Baltimore named Devin Allen stepped into the spotlight when a chance photo taken during the heart of the unrest made the cover of Time magazine. What began as a simple image posted to social media eventually grew to include an exhibit of his work at the Reginald F. Lewis Museum. The exhibit, “Awakenings, In a New Light” is Allen’s first solo exhibit featuring images taken during the protest that “reveal diverse moments, showing both the struggle and humanity of protest, including from the side of law enforcement,” as stated on the museum’s website. The exhibit runs until Mar. 13, 2016.

Small business support
This year, Small Business Saturday had a special meaning for some city shops. Local businesses hit hard during the unrest got a fresh start thanks to a loan initiative from the Baltimore Development Corporation. More than $866,000 in loans and grants were doled out to help reopen stores that sustained property damage.

New ideas
The people responsible for maintaining Baltimore’s image had to do some damage control to repair the city’s reputation in the months that followed. What emerged from the Baltimore Office of Promotion & the Arts is Light City, an interactive, multi-arts festival touted as “the first large-scale, international arts festival in the United States.” The festival was conceived in 2014 and will debut this spring at the Inner Harbor with live concerts, panel discussions and light installations created by local artists. The office hopes to make Light City an annual event that will draw in tourism and "provide a backdrop for the celebration of ideas, ingenuity and creativity through art, music and innovation." The event will coincide with the 200th anniversary of Baltimore being the first city to light its streets with gas lamps in 1816.

Healthier options in food deserts
In May, Mayor Stephanie Rawlings-Blake and City Councilman William “Pete” Welch unveiled the Urban Agriculture Tax Credit, a bill that gives tax credits to farmers who grow and sell at least $5,000 worth of fruits and vegetables on Baltimore City land in one year. “We have so many health disparities in Baltimore City encouraged by poor eating habits in food deserts,” Welch said in a recent interview with ABC2. “These tax credits will create larger access to healthier options.”

Rev. Dr. Heber Brown, III, pastor of the Pleasant Hope Baptist Church and member of social justice organization Baltimore United for Change, spearheaded a grassroots initiative to keep Baltimore residents well nourished. In the wake of the protests, some corner stores were shut down, cutting residents off from a once steady food supply. Brown responded to the need by collaborating with the Black Dirt Farm on the Eastern Shore to create the Black Church Food Security Network, a program that provides fresh, affordable produce from the farm to the community through pop-up markets at black churches located within food deserts.

Two churches, including the Ark Church on North Avenue and Brown’s own, are currently active in the program with more on the way, according to Brown. “We connect black farmers and black churches to build for health, wealth and power,” Brown said. “Even though the uprising was troubling and stressful and strained our city in a number of ways, there was a lot of good stuff that came out of that."