Fake news websites that look like CNN, FOX and CNBC are trying to sell you weight loss products 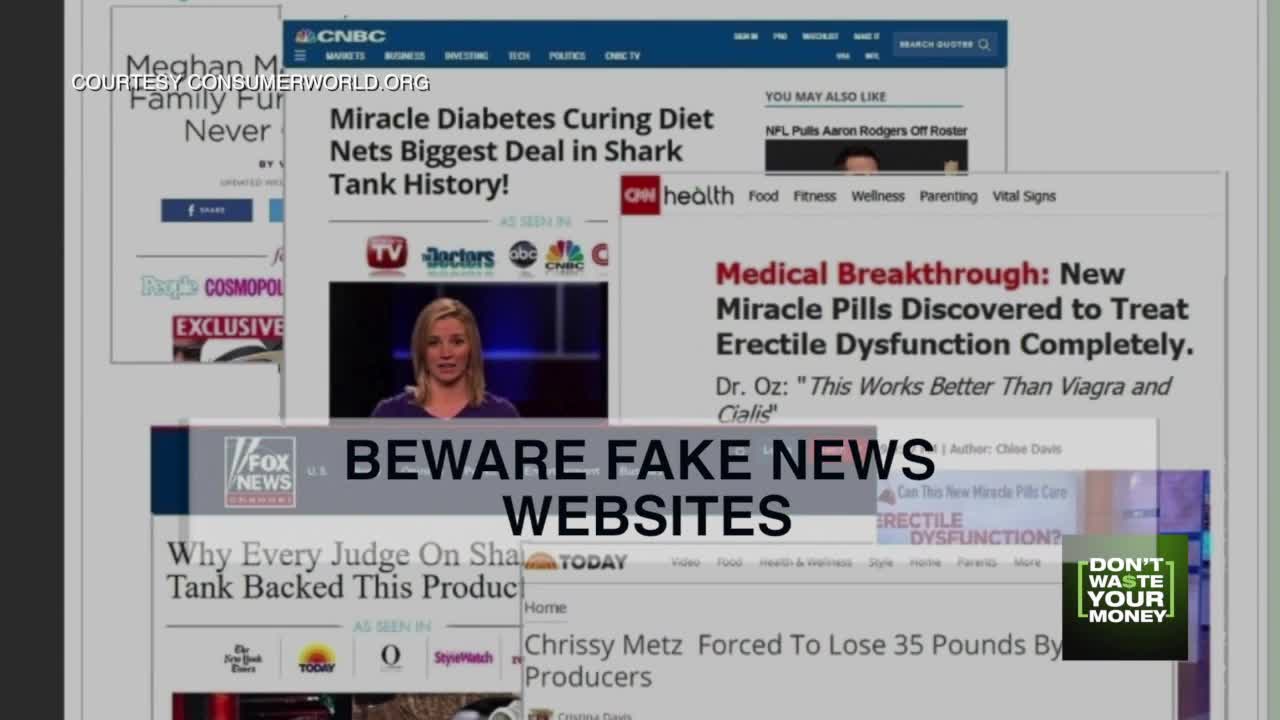 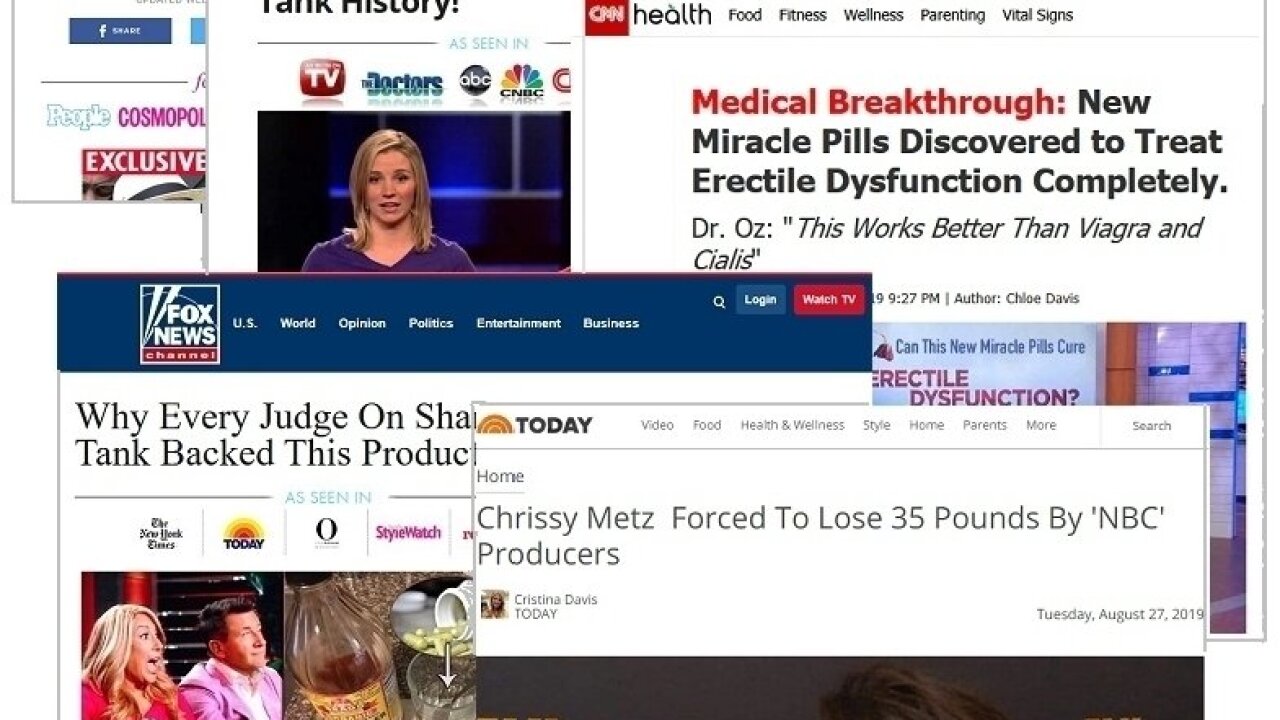 We've all heard the term "fake news," and there's lots of debate about who it applies to, which we will not get into here.

But there's no debate over this: there are fake news websites that appear to be endorsing beauty products.

Legitimate news websites from CNBC, CNN, FOX News and more are now being copied by diet pill promoters, so it looks like a legitimate news story, according to ConsumerWorld. org.

Kelly Clarkson and Tamron Hall — both with new shows — may be among the clickbait stories you may encounter.

What appears to be a "Today" show report says Kelly Clarkson was forced to lose 105 pounds. The report says Ellen Degeneres gave her a Keto weight loss supplement that worked magic.

But it's all fake, even though the site really looks like the "Today" show , down to the links on the top.

If you end up paying for supplements thinking "Today," "Good Morning America" or "CBS This Morning" endorsed it, and you end up ripped off, you'll say "doesn't that stink?"

ConsumerWorld says look carefully at the URL. On the page that looks like FOX News, the URL on top shows it is really a site called healthylifeupdate.com. And it links to a free trial of diet pills that may cost you more money than you expected.

My advice: If a news website appears to endorse a product, be careful. That way you don't waste your money.