Suspect in teacher's beheading in France was Chechen teen 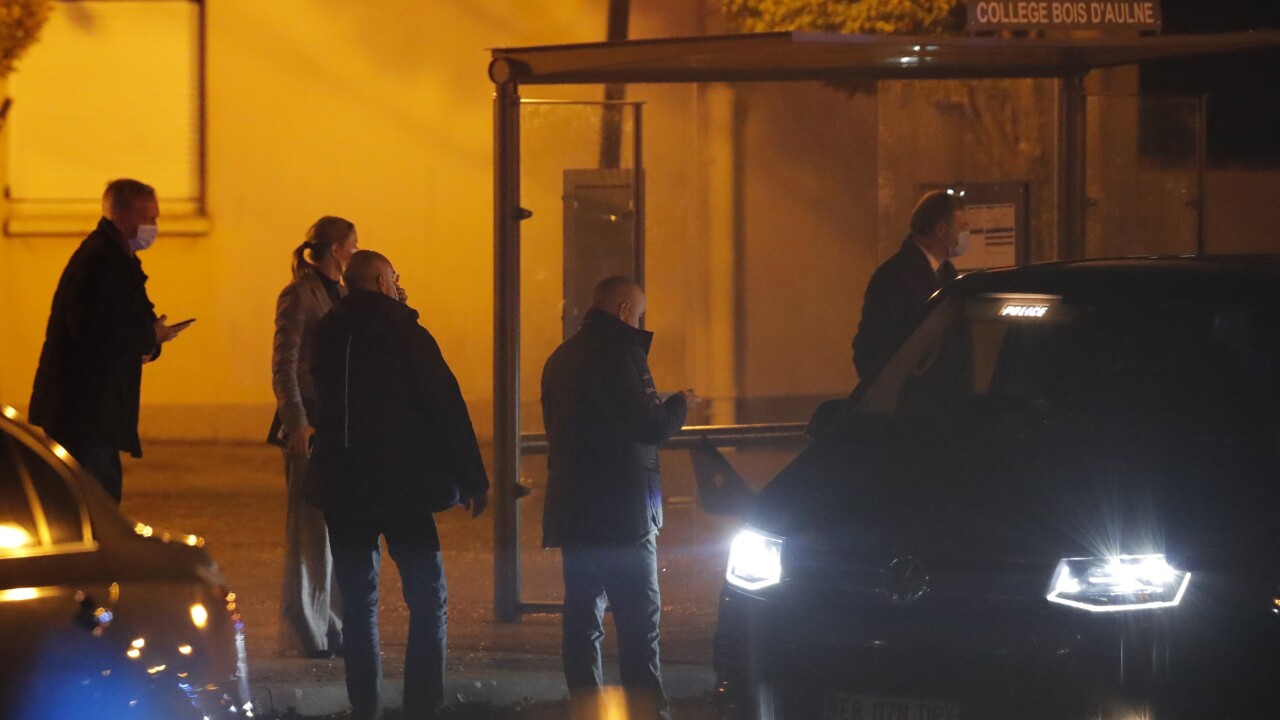 Michel Euler/AP
French police officers gather outside a high school after a history teacher who opened a discussion with students on caricatures of Islam's Prophet Muhammad was beheaded, Friday, Oct. 16, 2020 in Conflans-Saint-Honorine, north of Paris. Police have shot the suspected killer dead. (AP Photo/Michel Euler)

PARIS (AP) — French authorities say a suspect shot dead by police after the beheading of a history teacher near Paris was an 18-year-old Chechen refugee unknown to intelligence services who posted a grisly claim of responsibility on social media minutes after the attack. France’s anti-terrorism prosecutor’s office says authorities have arrested nine suspects, including the teen's grandfather, parents and 17-year-old brother. Authorities say the teacher had discussed caricatures of Islam’s Prophet Muhammad with his class. Islam prohibits images of the prophet, asserting that they lead to idolatry.