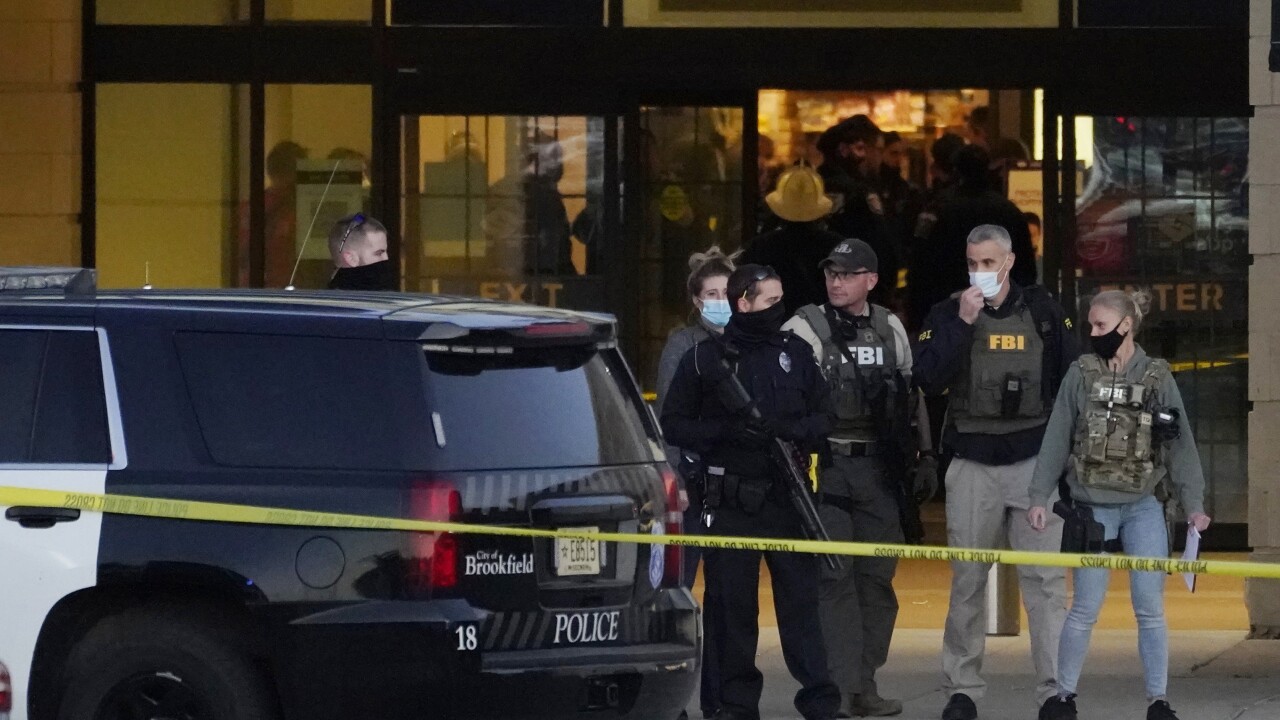 Nam Y. Huh/AP
FBI officials and police stand outside the Mayfair Mall after a shooting, Friday, Nov. 20, 2020, in Wauwatosa, Wis. Multiple people were shot Friday afternoon at the mall. Wauwatosa Mayor Dennis McBride says in a statement that a suspect remains at large after the shooting at Mayfair Mall. (AP Photo/Nam Y. Huh)

WAUWATOSA, Wis. (AP) — Police searched Friday evening for the suspect in a shooting at a suburban Milwaukee mall that left seven adults and a teenager injured. Wauwatosa Police Chief Barry Weber gave no motive for the attack at Mayfair Mall in a brief update about three hours after the 2:50 p.m. attack. He said the extent of the eight victims' injuries was unknown, but all were alive. He said the shooter was “no longer at the scene.” when authorities arrived. Based on statements from witnesses, Weber said police were seeking a white man in his 20s or 30s and were working to identify him.