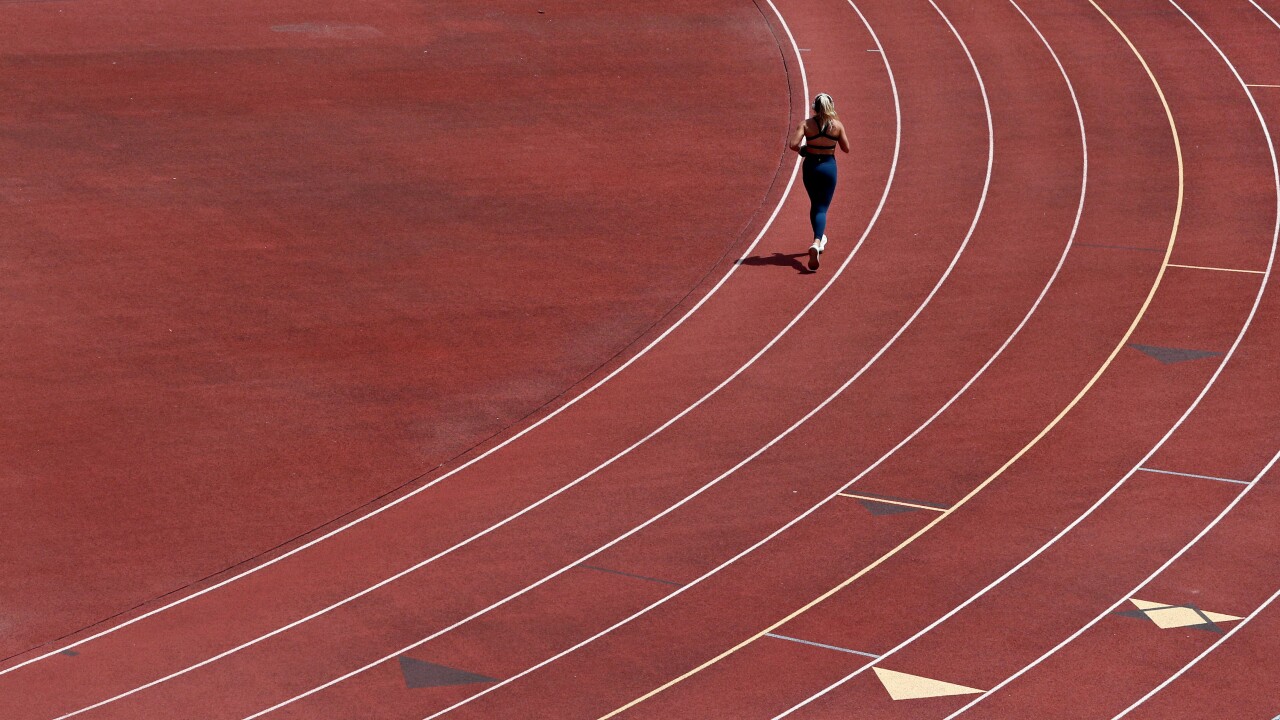 Charles Krupa/AP
Kianna Daudelin, who graduated from the University of New Hampshire in a virtual ceremony earlier in the month due to the COVID-19 virus outbreak, runs on a track at the school in Durham, N.H.., Thursday, May 28, 2020. (AP Photo/Charles Krupa)

A letter from the U.S. Education Department’s civil rights office says a Connecticut policy that allows transgender girls to compete as girls in high sports violates the civil rights of athletes who have always identified as female.

A copy of the letter was obtained Thursday by The Associated Press.

The letter came in response to a complaint filed last year by several cisgender female track athletes who argued that two transgender female runners had an unfair physical advantage.

The office says in the letter that it may seek to withhold federal funding over the policy allowing athletes to participate under the gender with which they identify.