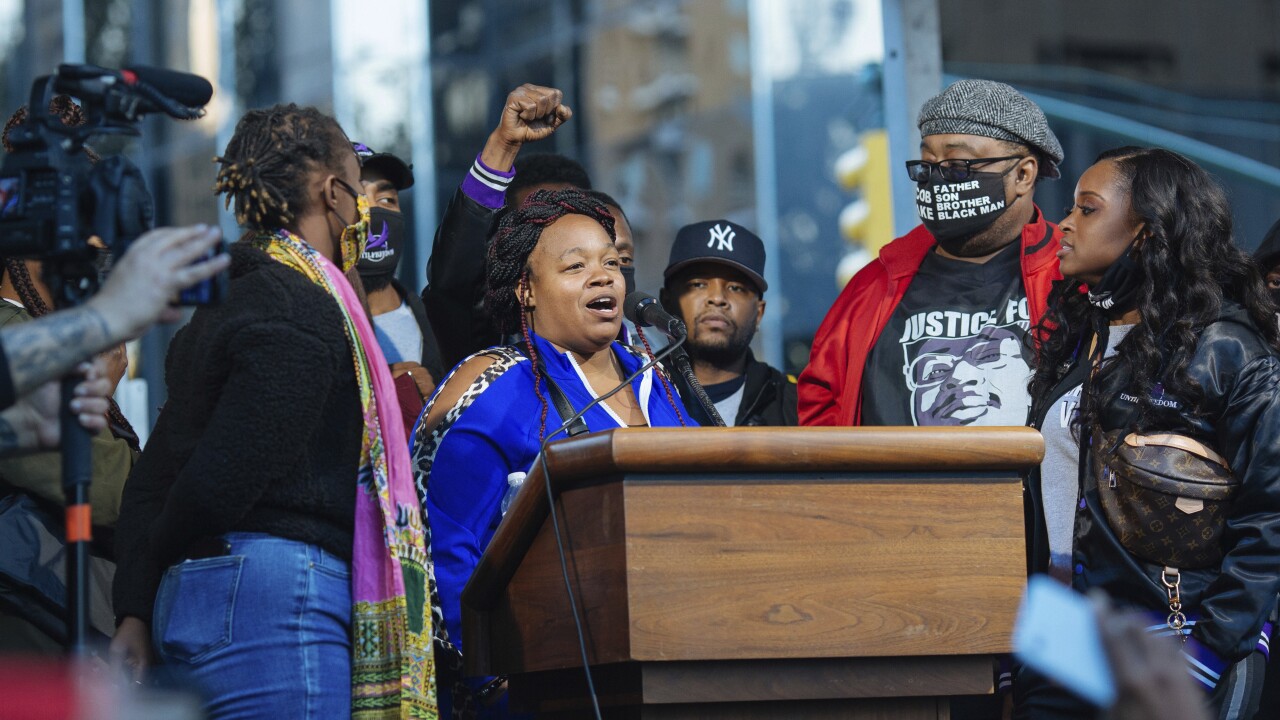 Kevin Hagen/AP
Tamika Palmer, the mother of Breonna Taylor, speaks during the "State of Emergency" rally calling for justice in Taylor's shooting on Saturday, Oct. 17, 2020, in New York. Taylor, a 26-year-old unarmed African-American woman, was fatally shot as police conducted a no-knock warrant at her home in Louisville, Kentucky in March. (AP Photo/Kevin Hagen)

NATIONAL —LOUISVILLE, Ky. (AP) — The mother of Breonna Taylor is calling for a new special prosecutor to investigate police actions in her daughter’s death. She and two anonymous grand jurors are speaking out about the Kentucky attorney general’s handling of the case. She is asking the Kentucky Prosecutors Advisory Council to pick a new special prosecutor. Palmer says Kentucky Attorney General Daniel Cameron “used and abused the grand jury system, misled the public and showed a blatant disregard for his" duties. Two anonymous grand jurors say the panel was not given the chance to explore charges related to Taylor’s shooting death by officers.