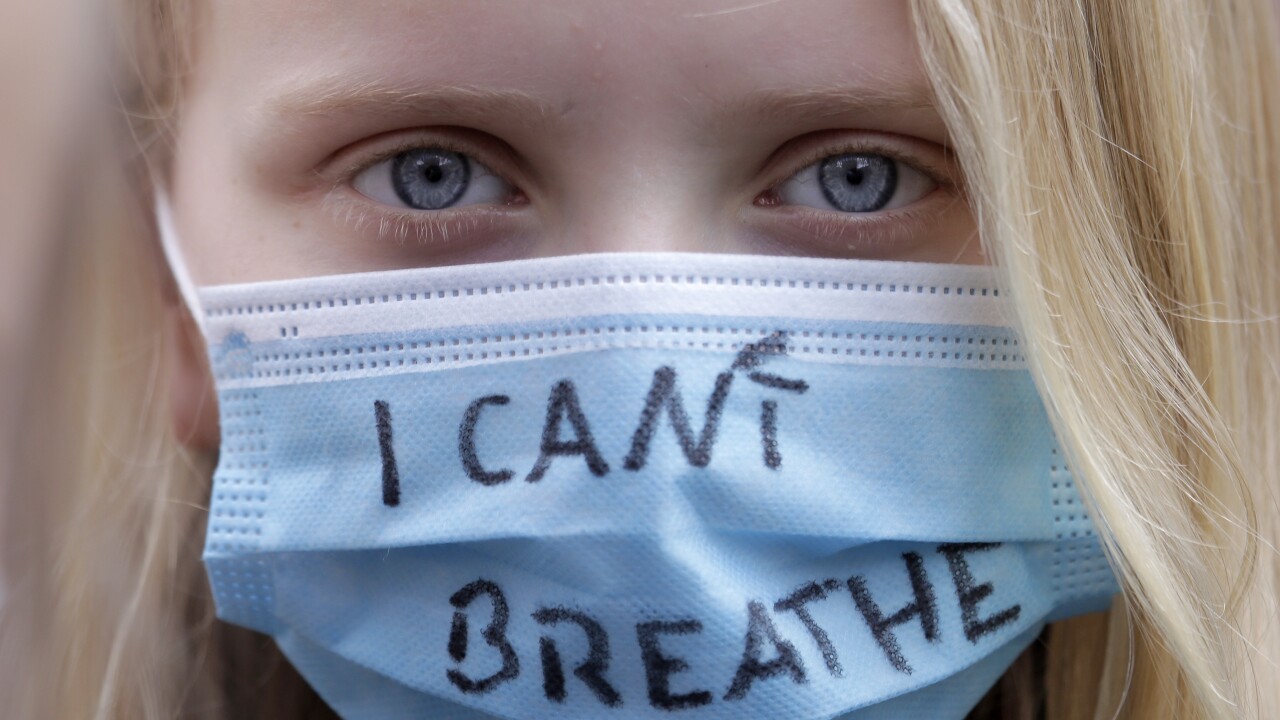 Markus Schreiber/AP
A young woman wears a facemark as people gather at the Alexander Platz in Berlin, Germany, Saturday, June 6, 2020, to protest against the recent killing of George Floyd by police officers in Minneapolis, USA, that has led to protests in many countries and across the US. A US police officer has been charged with the death of George Floyd. (AP Photo/Markus Schreiber)

BERLIN (AP) — Tens of thousands of people have rallied in cities from Australia to Europe to honor George Floyd and voice their support for the Black Lives Matter movement. Demonstrators in Paris tried to gather in front of the U.S. Embassy, defying restrictions imposed by authorities because of the coronavirus pandemic. They were met by riot police. The worldwide events on Saturday are part of a wave of solidarity with protests over Floyd's death and also are highlighting racial discrimination outside the United States. In Brisbane, Australia, organizers say about 30,000 people gathered, forcing police to close down two major streets. Some 15,000 people joined a protest in Berlin, which police said passed peacefully.