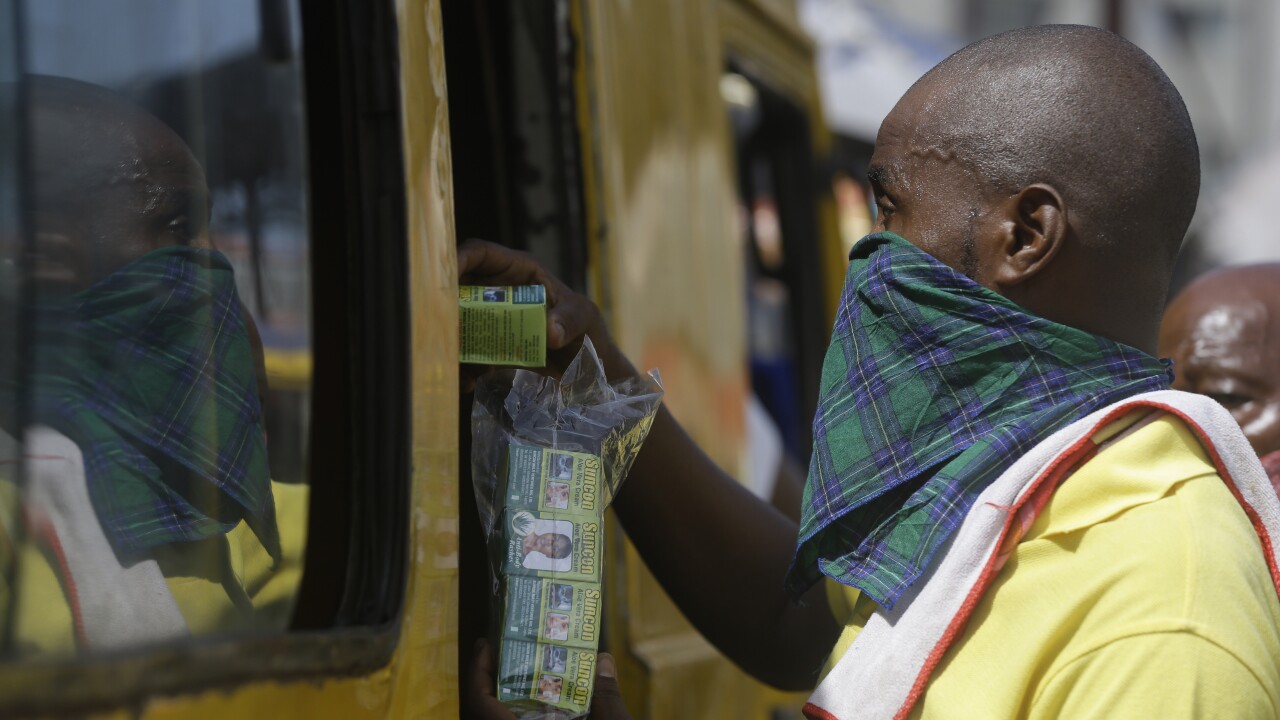 Sunday Alamba/AP
A man wearing a hankie as a face mask sells herbal cream to passengers at Obalende bus station in Lagos Nigeria, Tuesday May 5, 2020. Though Nigeria begun a phased easing of its strict lockdown measures on Monday, its confirmed cases of coronavirus continue to increase. (AP Photo/Sunday Alamba)

JOHANNESBURG (AP) — Africa now has more than a half-million confirmed coronavirus cases. The continent-wide total is over 509,000 after South Africa recorded another day of more than 10,000 confirmed cases as a new global hot spot. The country's health minister says “we have now reached the surge.” The true number of cases among Africa’s 1.3 billion people is unknown as its 54 countries face a serious shortage of testing materials for the virus. Africa’s health systems are the most poorly funded and thinly staffed in the world. Already nearly 5,000 health workers have been infected by the virus in South Africa alone.