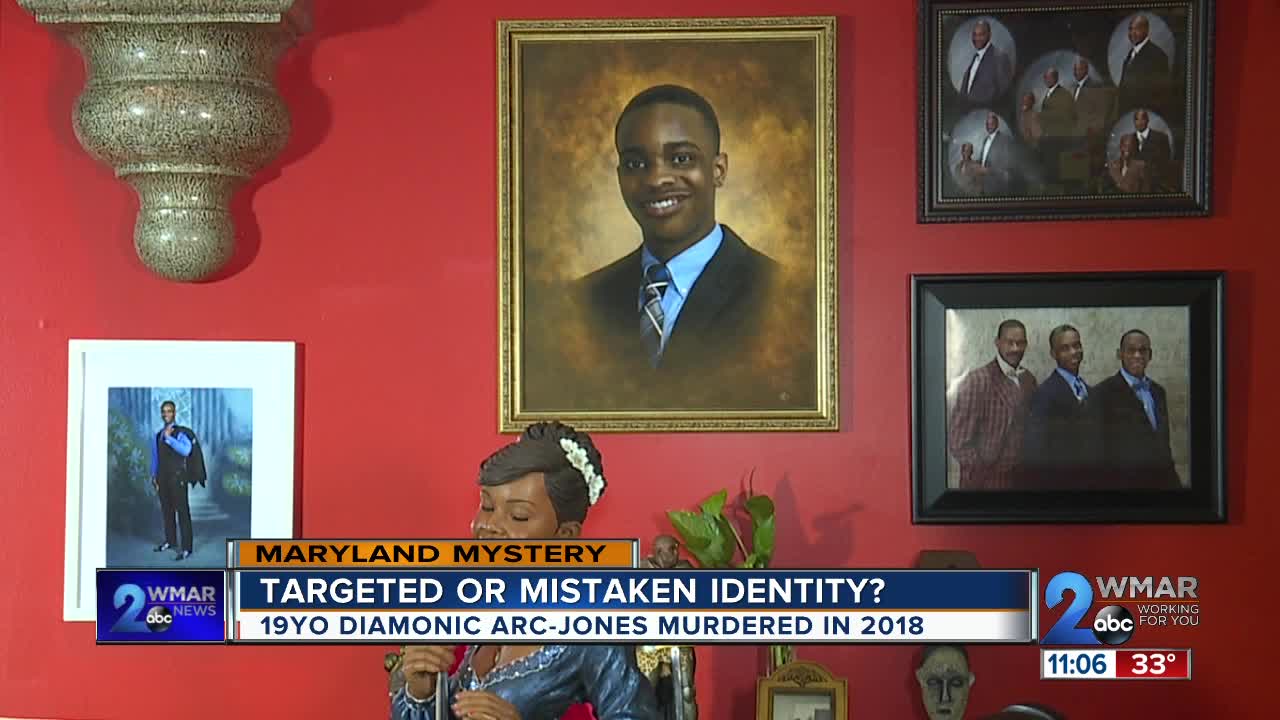 His pictures still cover many of the walls in his home, and the memories of the 19 year old still fill the hearts of the two men who raised Diamonic Reyhsann Arca-Jones.

PARKVILLE, Md. — “I think of him every day. When I come down these steps every morning, just about, good morning Dom. I look right at his picture and say good morning to him.”

His pictures still cover many of the walls in his home, and the memories of the 19 year old still fill the hearts of the two men who raised Diamonic Reyhsann Arca-Jones.

“I miss Sundays. Sundays he and I would go to the movies. I miss that.”

“He made me dress up as a chauffeur, and take him to the prom and I didn't mind because it was a part of what he wanted. It's nothing that we wouldn't do for him.”

Jeffrey Williams and Gregory Jones adopted Diamonic when he was 8.

He was active in his church and helping his neighbors. He graduated from Parkville High School in the ROTC program in 2017. He had hoped to join the Marines.

“He was a good kid, he was the kid in the neighborhood that everybody loved.”

Sadly it was in that Parkville neighborhood that loved him where Diamonic was killed October 20, 2018.

RELATED: 19-year-old dies after being shot in Parkville

“We don't know why that happened to him. We just don't know. It's the craziest thing.”

It was 7:45 p.m. when he was gunned down at Taylor and Beverly Avenues. He had just left the Parkway Crossing Shopping Center.

Diamonic was nearly home when he was shot several times and left for dead.

“I was here and when I went down to the scene I saw his tennis shoes, and I was like what's going on.”

Baltimore County Police Officer Jen Peach says they don't know if he was targeted or mistaken for someone else.

They're hoping new surveillance video of a white car with very identifiable rims leaving the scene the night Diamonic was shot, could help them catch his killers.

“We believe that this Lexus is a key piece of information in this homicide investigation either the Lexus is involved in the shooting or may have seen something.”

While an arrest won't bring their fun loving, bright son back, it could bring his dads what they've been praying for, some peace.

“I wasn't prepared for this. I'm prepared for me going first and then him afterwards, but to actually see him leave here at the age of 19, no...we're not supposed to be burying kids at this age.”

“It would mean the world to me because we need closure. We have no closure and right now we know he's gone, but it still feels like he should be walking through this door.”

If you saw anything that can find Diamonic's killer, please contact Baltimore County Police Department's Homicide Unit Unsolved Squad at 410-887-3943 or Metro Crime Stoppers at 1-866-7LOCKUP.