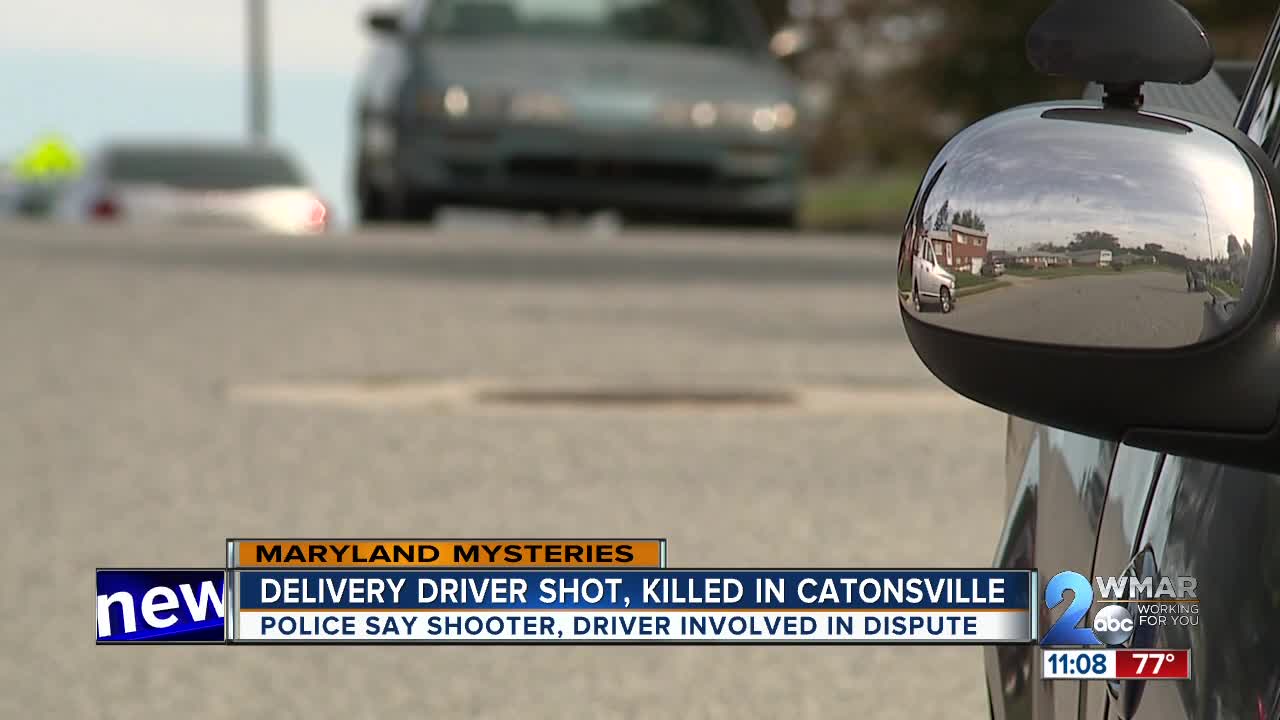 46-year-old Idrissa Derme was shot and killed in October 2018. Police initially thought he was robbed, but their investigation has led them to believe there was a dispute over Derme's car that led to his death.

CATONSVILLE, Md. — On the clock and out for delivery -- that's the last anyone at the Pat's Pizza and Pasta, right off Ingleside Avenue in Gwynn Oak, heard from 46-year-old Idrissa Derme.

He'd soon end up dead and on the side of a neighborhood road.

Derme was in his Honda Accord, dropping off food in the 900-block of Vanderwood Road in Catonsville.

"He parks too far away from where delivery was supposed to be. He gets out of the vehicle, walks toward where he's going to make the food delivery and at that time, he is approached, or his vehicle is approached, by a number of suspects. He returns back to the vehicle and at that time, we believe that there is this dispute that goes on," Officer Jennifer Peach, a spokeswoman for the Baltimore County Police Department said.

On what otherwise is a quiet street, neighbors say, at least two people approached Derme.

For what? Detectives are unsure, but initial reports said he was robbed.

"We know that he was there to deliver food, but we believe that he came across at least two individuals that he had some sort of dispute with -- not sure what the dispute was over, but we have a feeling that it was over the car because the car was then taken."

The shooting was mostly unseen.

When it happened in October 2018, neighbors who'd heard the gunshots were eating dinner at the time of the shooting.

"We heard something that sounded like a gunshot. At first, we weren't sure what it was and when we came outside, that's when my uncle came out, and he said that somebody was shot," Robert Jackson, who lived down the street from the shooting, said.

But police haven't been able to track down a shooter -- or Derme's car.

His black Honda Accord with tag numbers '1DG7315' was stolen.

Detectives canvassed the area for the car's parts in mechanic shops in and around Baltimore and the county, but they've been unlucky there too.

It's a stand still for police as they not only try to find Derme's killer, but why they killed him.

"We believe really that's what it's going to take to solve this case. We need witnesses to come forward or somebody who was involved in it or knows something about it to come forward and talk to us about this case," Peach said.

Throughout their investigation, police say Derme didn't have many relatives in the area. He was working the delivery job to send money back home to his family in Africa.

If you know who killed Idrissa Derme or if you've seen this car, you're asked to give Baltimore County Police's Homicide Unit Unsolved Case Squad a call at (410) 887-3943.