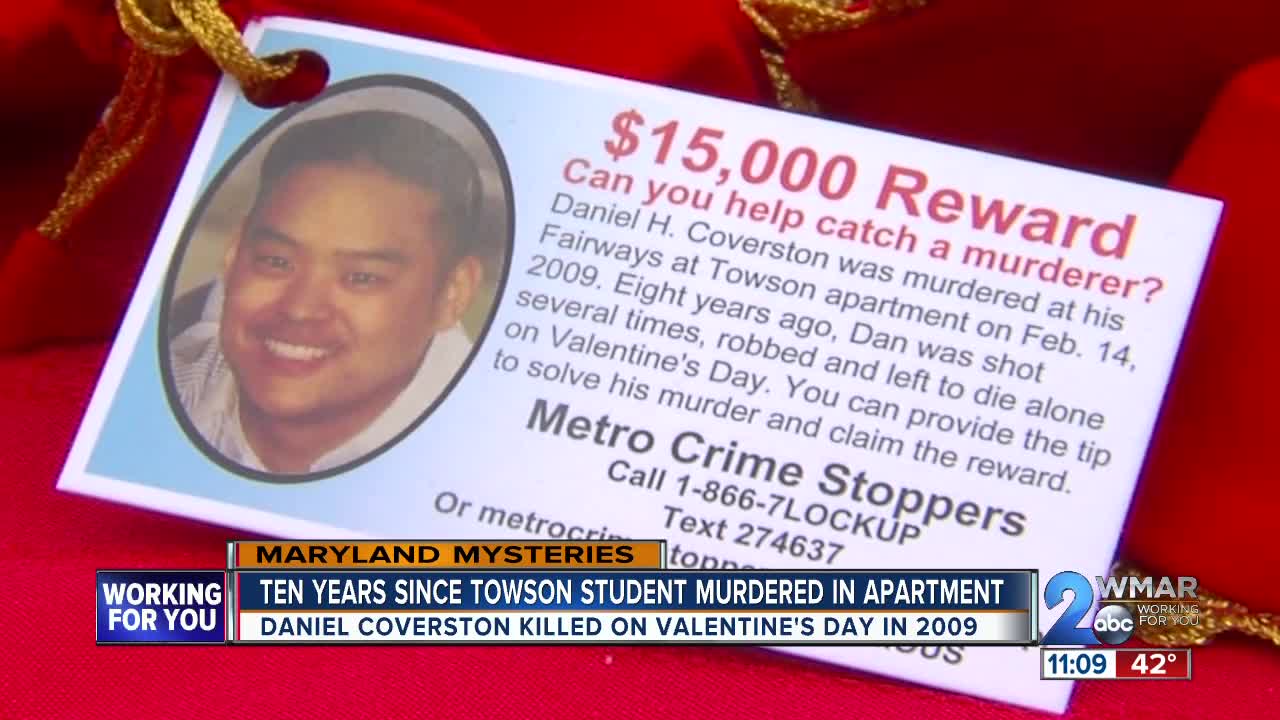 22-year-old Daniel Coverston was found dead in his apartment in 2009. Baltimore County Police are looking for anyone to come forward in case. 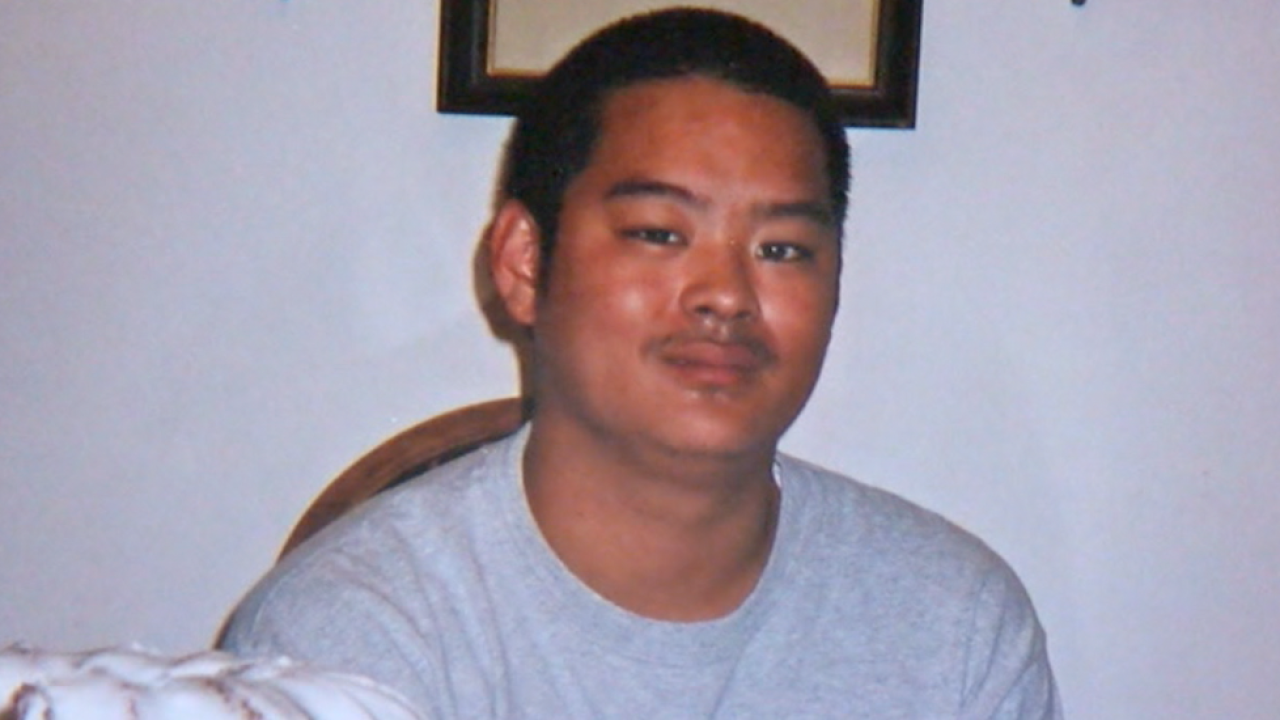 TOWSON, Md. — Baltimore County Police still consider what happened to a 22-year-old Towson University student one of the more puzzling cases in the department's history.

Whatever happened inside the apartment on Lachlan Circle may perhaps never be known, police say, unless someone comes forward. Daniel Coverston, a kinesiology whiz at the school was on his own for the first time away from family.

He was dead -- face down with several gunshot wounds to the head.

"It's still something that is a question on everybody's mind. Everyone said that he was a great guy. He was well-liked on the campus. All of his friends had great things to say about him," Officer Jennifer Peach, a spokeswoman with the police department said.

Over the years, Baltimore County Police detectives have had their leads but up to this point they've only amounted to hearsay and debunked rumors.

Daniel's door was unlocked. He didn't want to have to keep opening the door for friends who were checking on him after he had surgery on his eye to fix a detached retina.

Peach says a friend went to see how he was doing and noticed something was wrong.

"Around three o'clock, he knocked on the door and nobody answered. [The friend] tried the door handle and he found that the door was unlocked," she said, recalling the case.

The initial call came in as a cardiac arrest emergency, but once paramedics went inside Daniel's bedroom, the details were more gruesome.

In the last few years, police released new information, they say Daniel used a payphone on the corner of Loch Raven Boulevard and Belvedere Avenue. It's no longer standing, but it was one of the sturdiest clues the department has had in years.

Daniel's sister, Rebekah, who now lives on the west coast declined to be interviewed for the 10-year anniversary since Daniel's death, but the family sent a statement to WMAR-2 News:

"Our Daniel was a bright and a strong spirit. He was compassionate and generous. Daniel was both academically and athletically gifted. He had an unforgettable, contagious laugh, and brought joy to those around him. There is a great hole in our lives and hearts since Daniel's murder. It is our fervent hope and prayer that we can find Justice for Daniel."

Rebekah last came to Baltimore in 2017, honoring her brother by handing out Valentine's Day roses to strangers and also asking anyone for information as to who killed her brother.

"We're hoping that by giving a little small token of love to our community, I'm letting them know about Daniel, his life, and his legacy hoping someone out there has sympathy on us and realize how much we miss him. But if nothing else, I just hope to spread love so nobody else has to feel the pain that we've felt," Rebekah said in an interview in 2017.

During the investigation, the family also learned Daniel was selling small amounts of marijuana.

Both police and his family say it shouldn't have been a reason to kill him.

It's a decade-long mystery of what happened to the Towson student, loved by so many, and killed in cold blood.