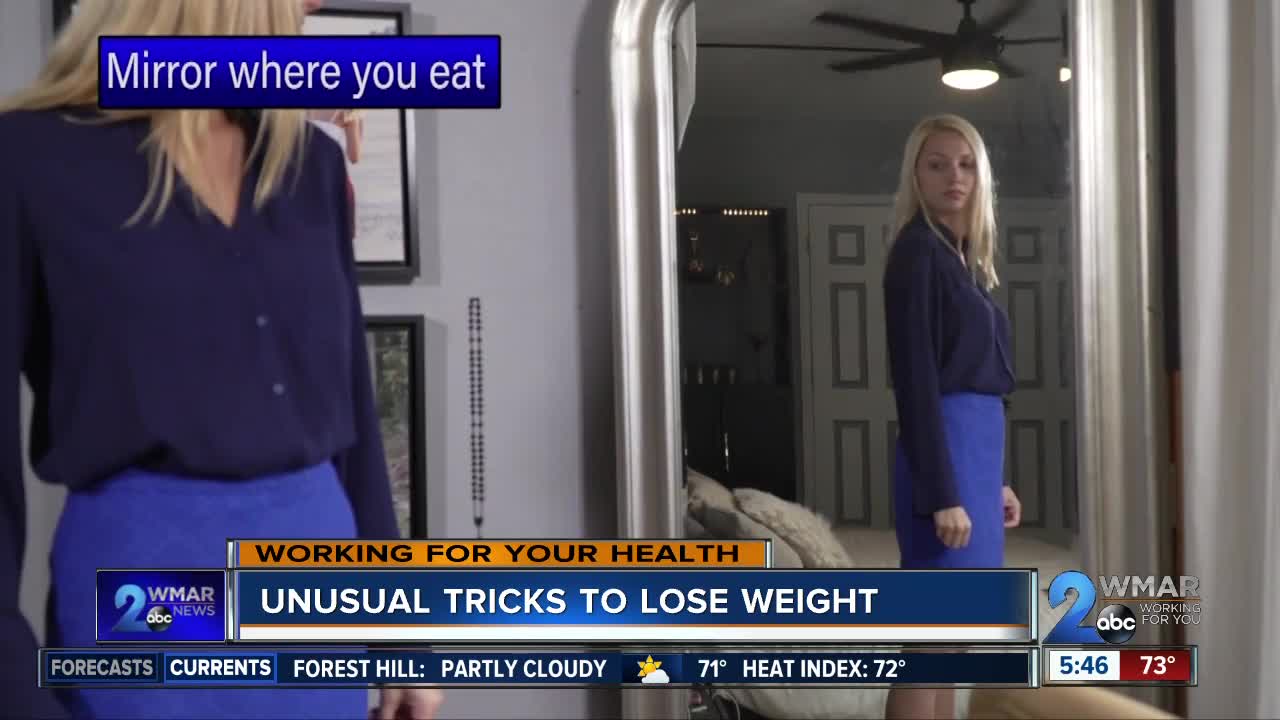 While not all fads work, there are some weird tricks that just might. First: hang a mirror where you eat. One study found dining in front of mirrors cut the amount people ate by nearly one-third. Another tip: light a vanilla-scented candle after dinner.

In a study, participants who wore vanilla-scented patches lost an average of four-point-five pounds. According to Reader’s Digest, the scent will help you avoid dessert. Also: try sniffing your food before eating it.

One experiment that included three thousand volunteers showed the more people sniff, the less hungry they were and the more weight they lost. And try dieting with a buddy research shows partnering with someone else can increase your chances of weight-loss success.

“If I can get a husband and wife to diet together, it almost always works,” Marc I. Leavey, MD, Primary Care Physician at Mercy Medical Center, said.

That morning cup of joe may also help you shed the pounds. Scientists say coffee may suppress appetite and trigger thermogenesis a process that speeds up metabolism. Also make sure you sleep with your lights off!

A recent study found people who sleep with a light or television on have a 22 percent increased risk for being overweight. With some unusual ways to drop the weight.

Another weird tip: if you’re going to splurge on candy, stick to wrapped candy. A Swiss study found people ate 30 percent less candy when they had to unwrap it first.