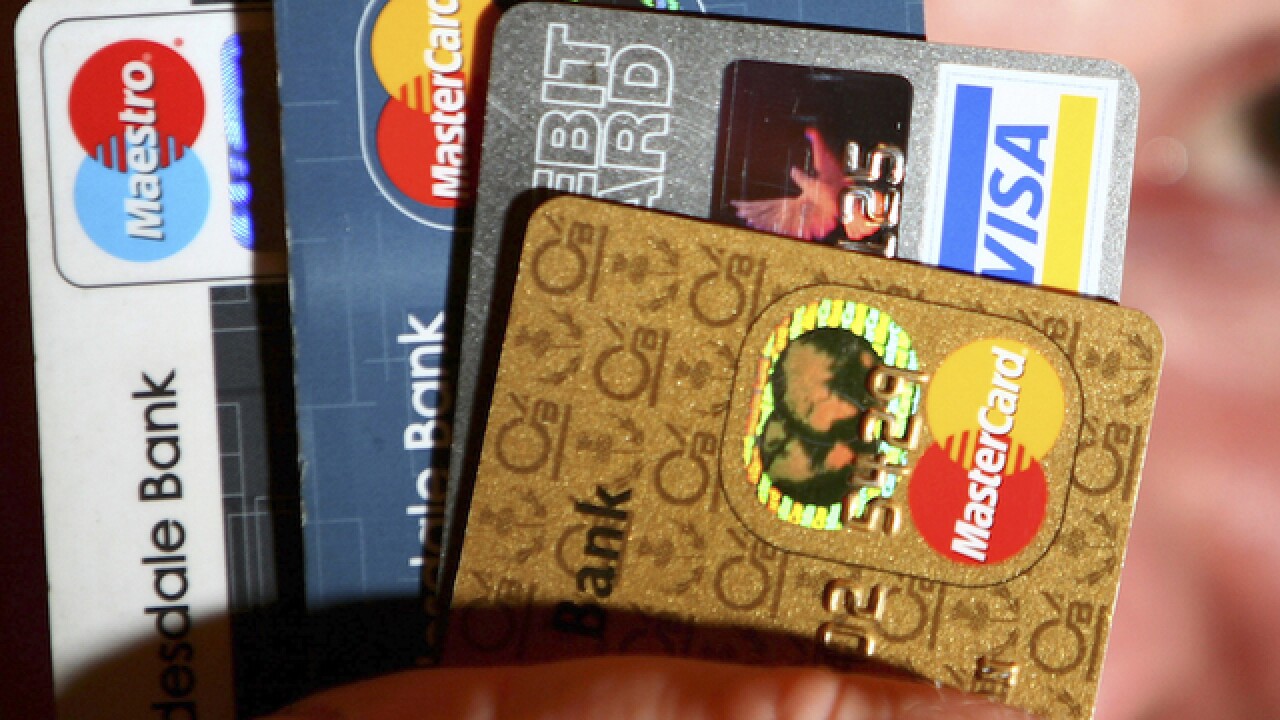 According to anecdotal research, half of those who make resolutions to lose weight or pay off debts will have given up on their resolutions by Martin Luther King, Jr. Day, and a majority will abandon ship by Valentine’s Day.

This year, be the exception rather than the rule. There are some simple steps you can take to really increase your chances for success. (Simple, the word is so important, it bears repeating.) Here’s some research about why resolutions fail so often, and what simple changes you can make to make your promises stick instead.

1. Vague vs. specific
These lessons apply to losing weight or saving money, but they can really apply to any life habit you want to change in 2016. In fact, I hope none of you resolve to lose weight or save money, because those are vague, grandiose goals and you will almost certainly fail. Instead, you should pick small, specific goals and stick to them. As professional athletes often say, take care of the little things and the results will take care of themselves.

See this week's circular ads for deals on groceries

Vow to generally spend less this year and you’ll likely fail (I promise). Vow to bring a lunch two days each week and save money on your food bill, and you’ll have a fighting chance. Vow to eat a piece of fruit instead of a bagel for breakfast every other day, and you’ll really be getting somewhere.

2. Big vs. small
Sure, it’s great to decide you’ll run a marathon, and for some people that works. TV shows are made about those people. Normal humans have to start with something much more modest, like walking around the block after work three times per week. But there’s great news on this front. Much of the health benefits from exercise occur within the first few minutes. Simply getting started is where it’s at.

New York Times writer Gretchen Reynolds published a book in 2012 called The First 20 Minutes explaining the science behind this phenomenon, but here’s what you need to know: Put your sneakers by the door and make sure you walk or run around the block every day. Buy some really warm yoga pants if that helps. And forget about the marathon, just make it to Valentine’s Day. A cascade of good things will happen to your body. Ariane de Bonvoisin writes in her book The First 30 Days that it takes 30 days to replace a bad habit with a good one (but many people fail at around two weeks). That’s why it’s so important to make it to mid-February.

3. Perfect vs. sympathetic
A day will come when you choose happy hour over running. Or you don’t pack your lunch. Or you eat pizza. Don’t despair! Just put your sneakers on tomorrow. The real reason most resolutions fail is because people quit when they stumble. They say “the heck with it,” technically, releasing the goal. You won’t be perfect. Plan for that. And just plan for the day after your failure to pick right back up where you left off.

In our book The Plateau Effect, Hugh Thompson and I wrote a lot about the creeping disease of perfectionism hitting the Western World. Perfectionism is the enemy of change, and you should see it as that. Gretchen Rubin, author of Better than Before and The Happiness Project, makes the point that people who treat themselves (and others) with sympathy have an easier time picking themselves up after a fall. People who beat themselves up lose energy and give up more often. Be nice.

4. Failure vs. plateau
Speaking of The Plateau Effect, there’s a biological reason many diets fail around the two-week mark — because that’s when diets seem to stop working. In the book, we analyzed weight loss of participants in a TV show and found average weight loss always plummets during week two. That’s natural, success followed by stuck. It happens in every life adventure, be it starting a business, saving money, learning to play piano, exercising or studying a new language. Beginner’s luck followed by sophomore slump. Plateaus often make people despair (“why skip dessert when I’m not losing weight anyway?”) because they are misunderstood. Prepare for plateaus, and you’ll be able to keep going when it seems like you aren’t going anywhere.

5. Bias vs. reality
University of Colorado researcher Margaret Campbell described an important phenomenon in a paper published this year in the Journal of Consumer Research called “When One Step Forward Seems Larger Than One Step Back.” She called it “progress bias.” Basically, people trying to save money or lose weight give themselves too much credit when they do the right thing and not enough “demerits” when they slip up. For example, Campbell and fellow author Caleb Warren of Texas A&M measured people’s reactions to either spending or saving money. Turns out, they tended to overestimate how much they saved and underestimate how much they spent (which is why that January credit card bill is nearly always such a surprise).

But, good news: All sorts of new technologies make measuring progress easier. Fitness apps let you log in your eating habits; budgeting apps follow day-to-day spending. Tools, like Credit.com’s free credit report summary, let you track your credit score each month. Rubin calls this the “Strategy of Monitoring.” Reality can sometimes be harsh, but it will keep you on track.

6. Alone vs. together
Everyone knows it’s easier to stick with exercise when you have a workout buddy. Peer pressure really does work. It’s much easier to wake up in the morning when hitting the snooze button will let down a friend. But if you don’t have a workout buddy, you can replicate some of that positive peer pressure in lots of ways. Tell friends your goals (“If I don’t bring my lunch on Monday, yell at me!”) Make promises (small ones) on social media. Sign up for an online class or program designed to coach you through change. (Gretchen Rubin offers 21 days of 21 tips to change a life habit; I have a 30-day Getting Unstuck Challenge; you can find plenty of other similar programs online.)

7. Denial vs. reward
Both these things are important as you try to make a life change. Positive reinforcement is lovely, but in reality, there will come a day when you will have to say no to the new TV you don’t really need or the cupcake you definitely don’t need. However, plenty of research suggests that the carrot is more important than the stick when sticking to a goal. My favorite involves Joe Kable’s brain studies at the University of Pennsylvania. He finds that people who are good at imagining positive future outcomes – say, they can imagine that new car smell in the future when deciding to save money today, or they can imagine how great it will feel to look good in that bathing suit – make better choices about food, money, drugs, even relationships.

So practice imagining. It’s cold. It’s dark. It’s dreary. Go easy on yourself. Think about spring. Give yourself cheat days. Buy yourself new workout gear or running shoes. Do whatever it takes to get you walking around the block or saving a few dollars every day. Valentine’s will be here before you know it. If your body and your bank account are a just little healthier by then, you’ll be doing great. And way ahead of the pack.

This article originally appeared on Credit.com.

More from Credit.com
Retrain Your Brain to Cut Debt and Build Wealth
Personal Loans vs. Credit Cards
Seven Questions to Ask Before Opening a Bank Account