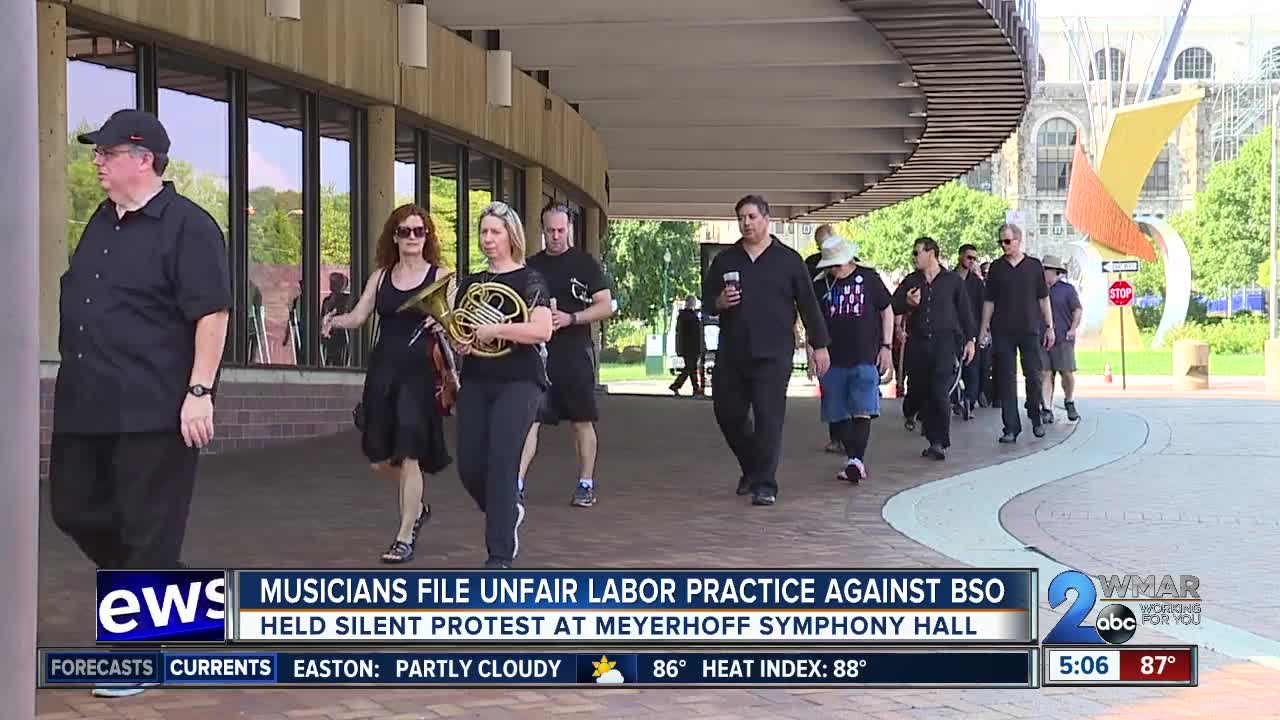 According to the musicians, the Baltimore Symphony Orchestra has failed, and continues to fail, to bargain wages, hours and other terms and conditions of employment with the musicians since June 17.

Specifically, BSO locked out the musicians to impose unilateral implementation of terms and conditions of employment without reaching an impasse.

Musicians also say that BSO has refused to provide relevant and necessary information requested by the union in bargaining.

At 9:30, on Tuesday, BSO musicians will resume picketing at Meyerhoff Symphony Hall. This will be a silent picket with the musicians dressed in black. They will march in a single file in the picket line with their instruments in hand.

We want to come together to perform our mission of music and community engagement while we continue the important work needed to plan for the BSO’s future. Yesterday was a long and active day of bargaining that concluded with no agreement, but we presented two options that responded to our musicians’ concerns. Either option could help us reach agreement and open our new season, including the free season preview concert this Saturday evening. Included in our proposal is a one-year commitment to increasing musician compensation, thanks to the efforts of a generous group of donors. We are deeply grateful for these significant commitments, which already exceed $1 million, that have been made to support musician compensation. We urge our musicians to accept the BSO’s proposal that was improved significantly by friends of the BSO. In addition, we presented a second option to our musicians of extending the terms of the previous Agreement, including salary and benefits, through December 31, 2019, during which time the legislative work group and a special BSO Board committee with musician participation can plan for the future.