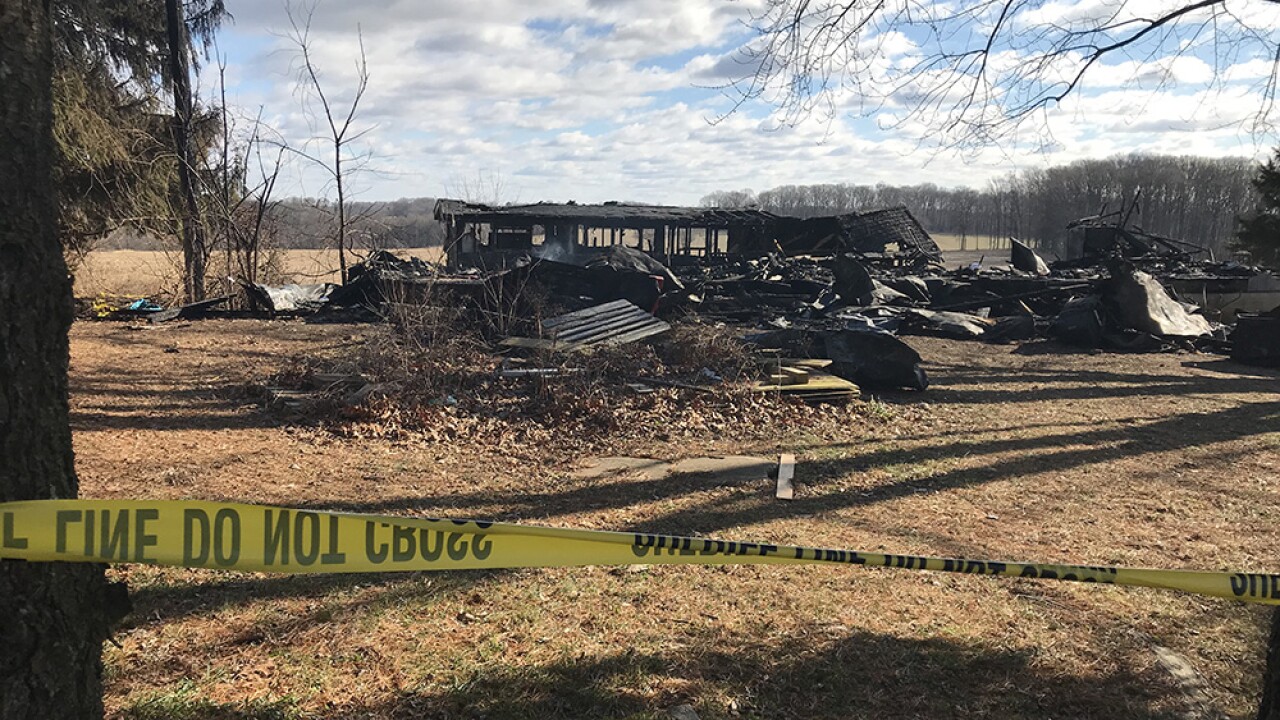 Jeff Hager
A man died after being trapped in a Whiteford house fire. (Photo by Jeff Hager) 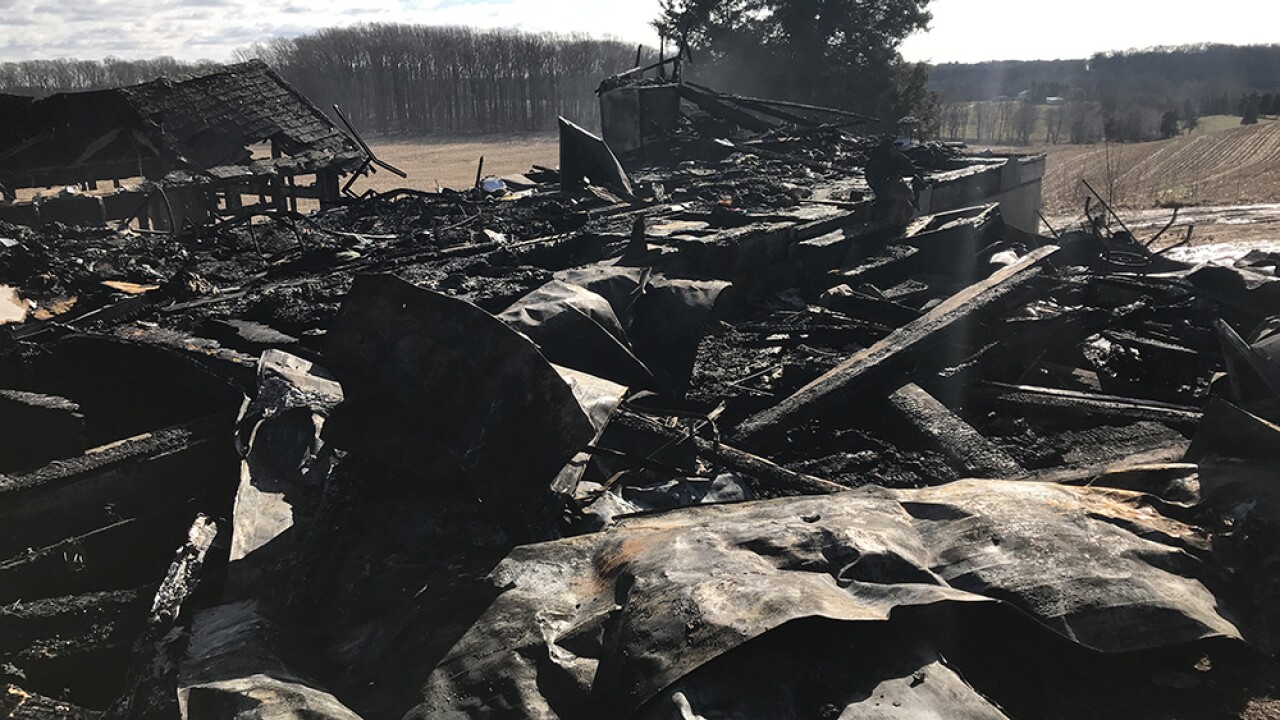 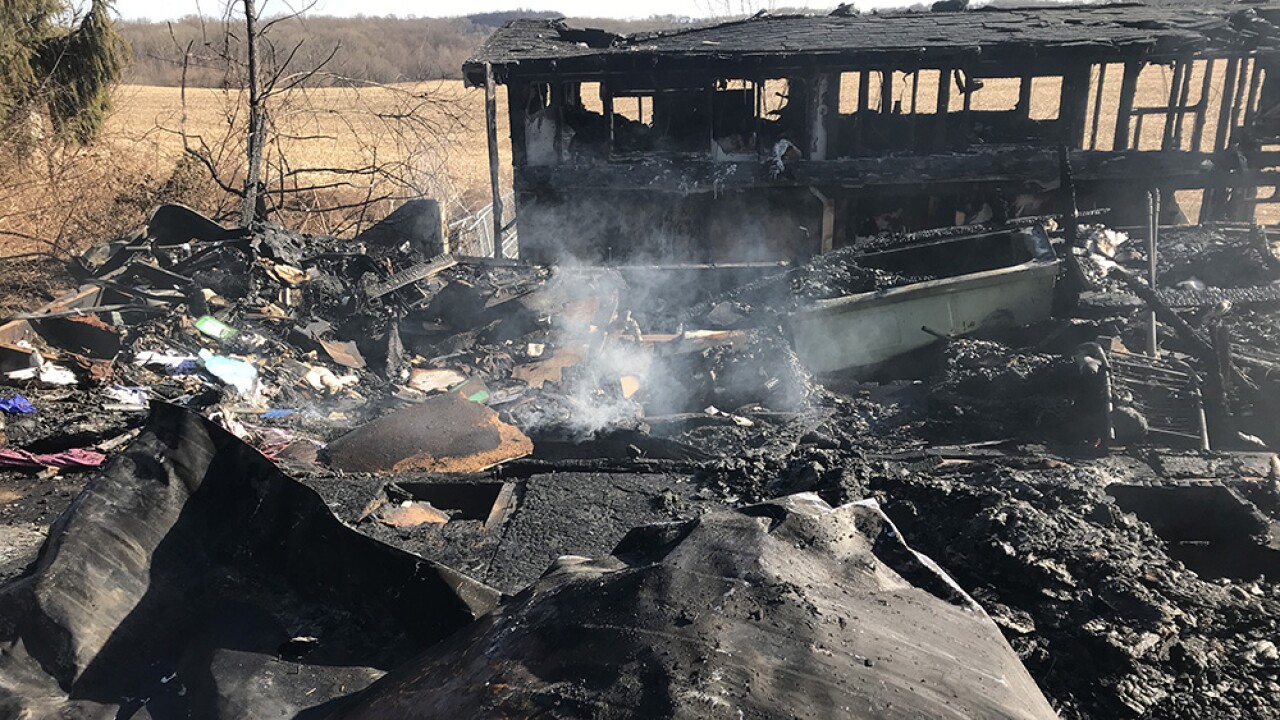 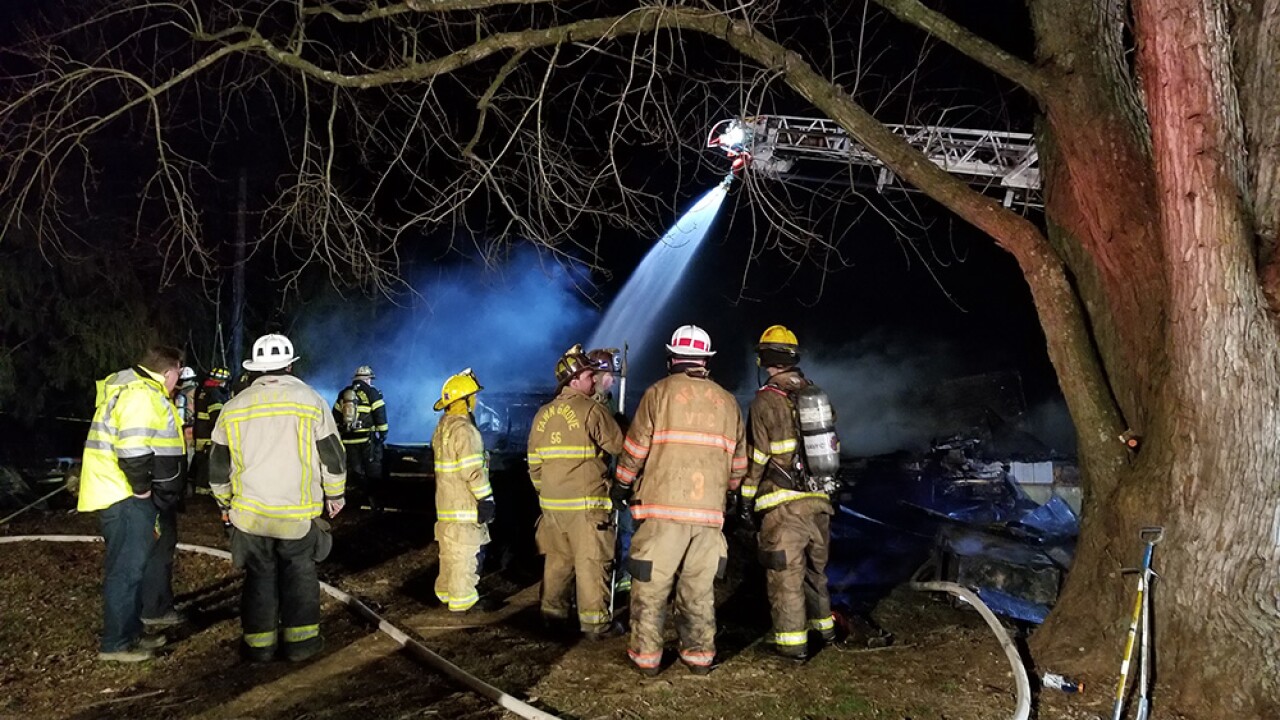 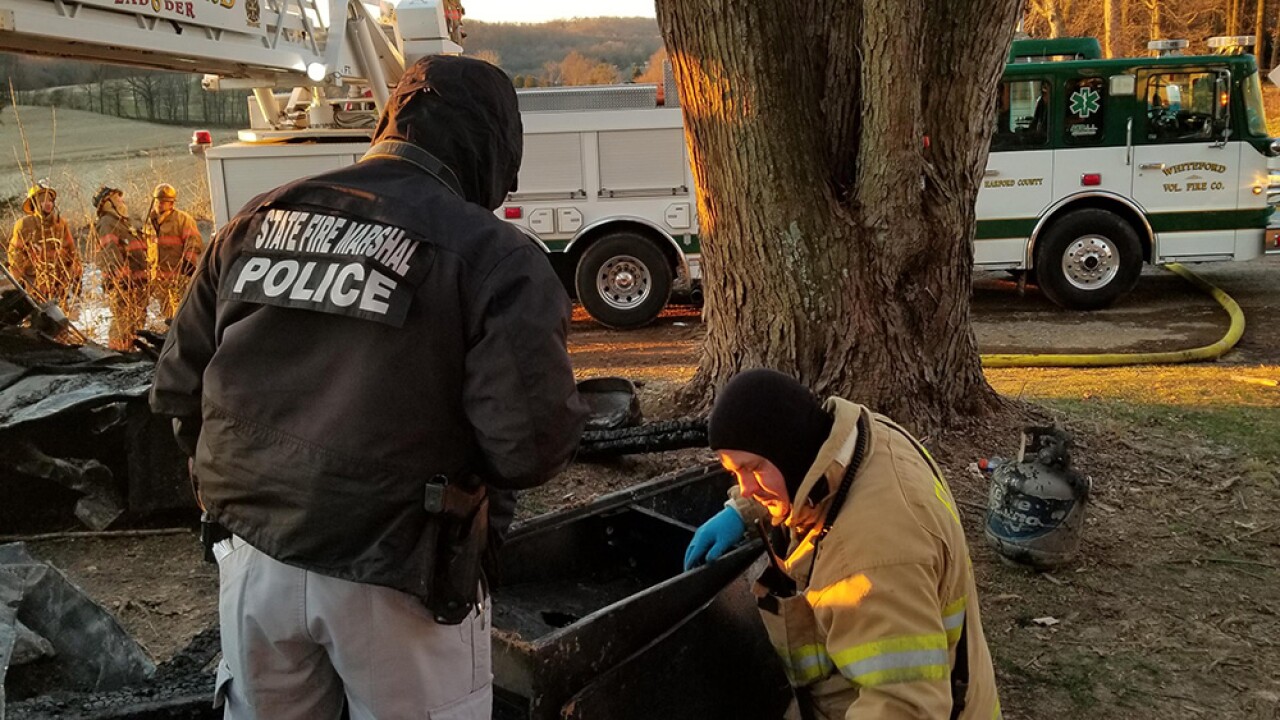 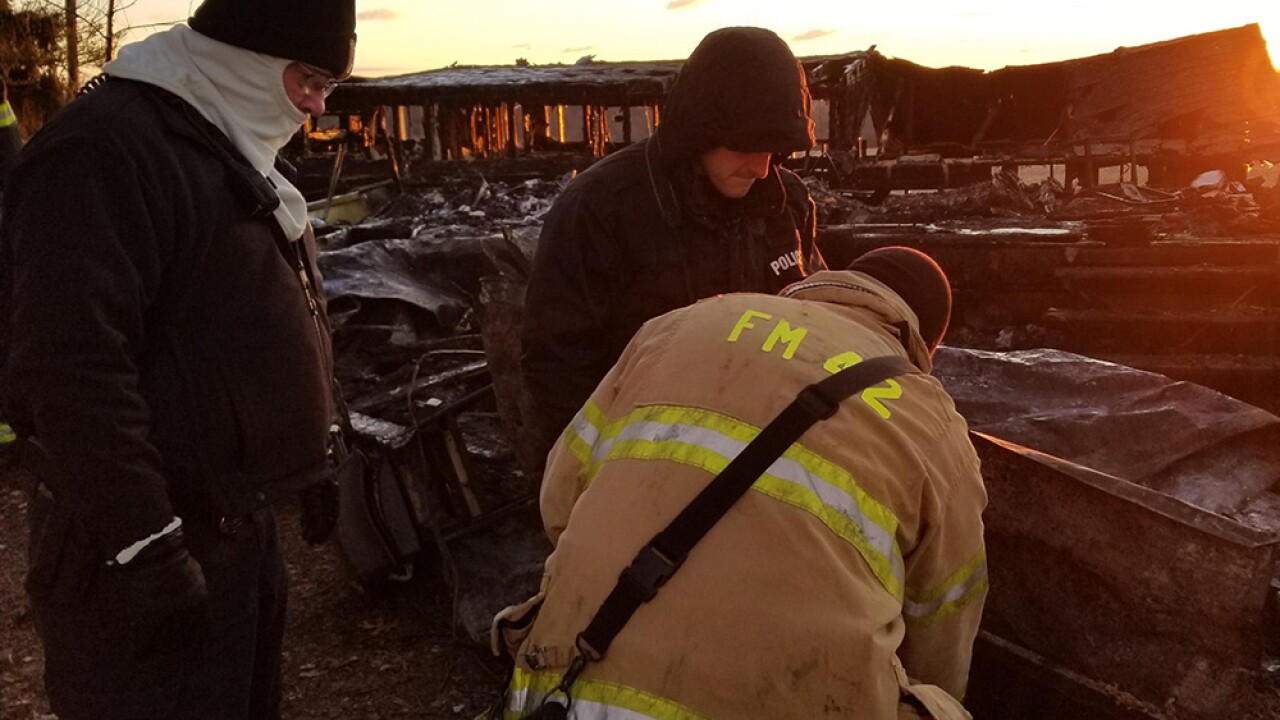 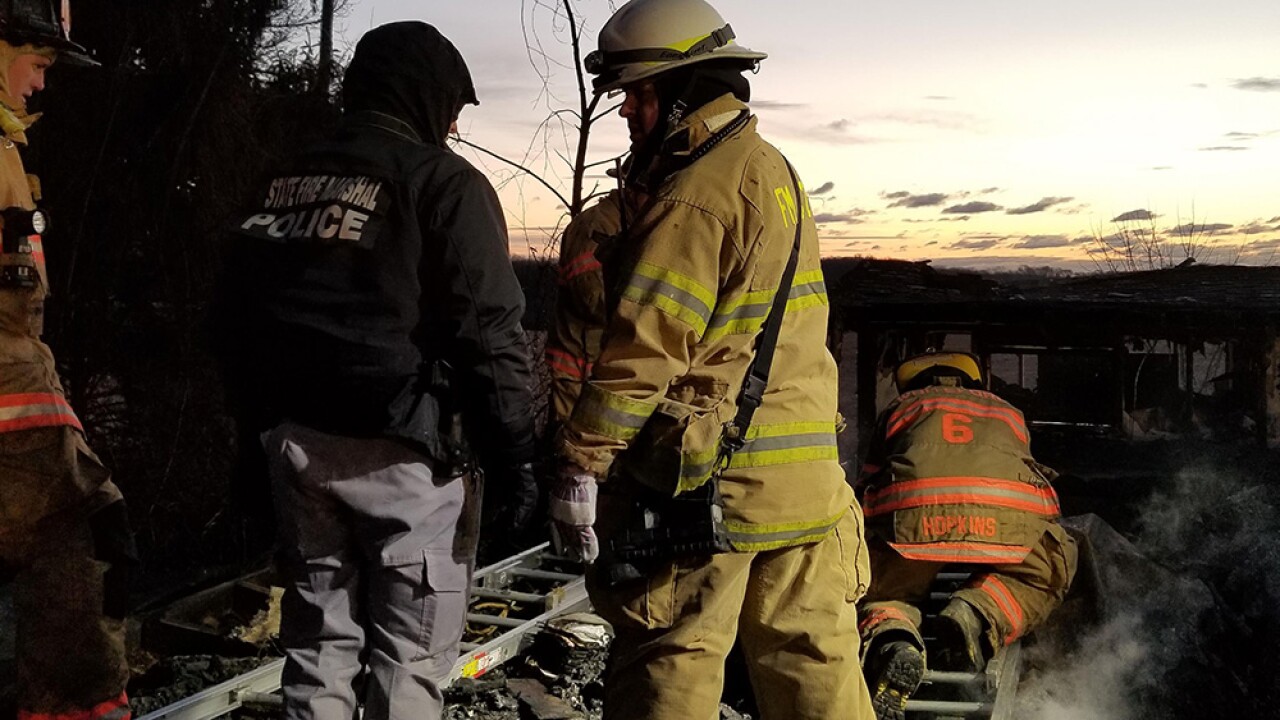 WHITEFORD, Md — Pictures, captured by the Maryland State Fire Marshal's Office, show the magnitude of the fire on Prospect Road in Whiteford at two o'clock in the morning on Thursday, but the fate of the people living here had already been determined in the frantic moments before firefighters arrived.

As the fire spread, the family evacuated with the lone exception of a man in his twenties who cried out for help, as the flames blocked his path to get out.

The victim's mother also tried in vain to reach her son, suffering burns on her back in the process.

She's listed in stable condition at the Bayview Medical Center.

Meanwhile, the fire spread to a mobile home putting a second family at risk.

"There was a trailer adjacent to the home, however due to the heat and flames, that actually did ignite this second home,” said Alkire, “That family of four was able to safely escape."

Firefighters from both Maryland and Pennsylvania arrived to find both structures fully engulfed in flames, and it took 30 minutes to bring the fire under control, but any chance to rescue the young man trapped inside had long since come and gone.

"The victim was subsequently identified by fellow family members however we're not going to release that information,” said Alkire, “He was transported down to the Office of the Chief Medical Examiner."

Investigators say it's too early to say what caused the fire, but they believe it was accidental.

The found no working smoke alarms in either of the homes.