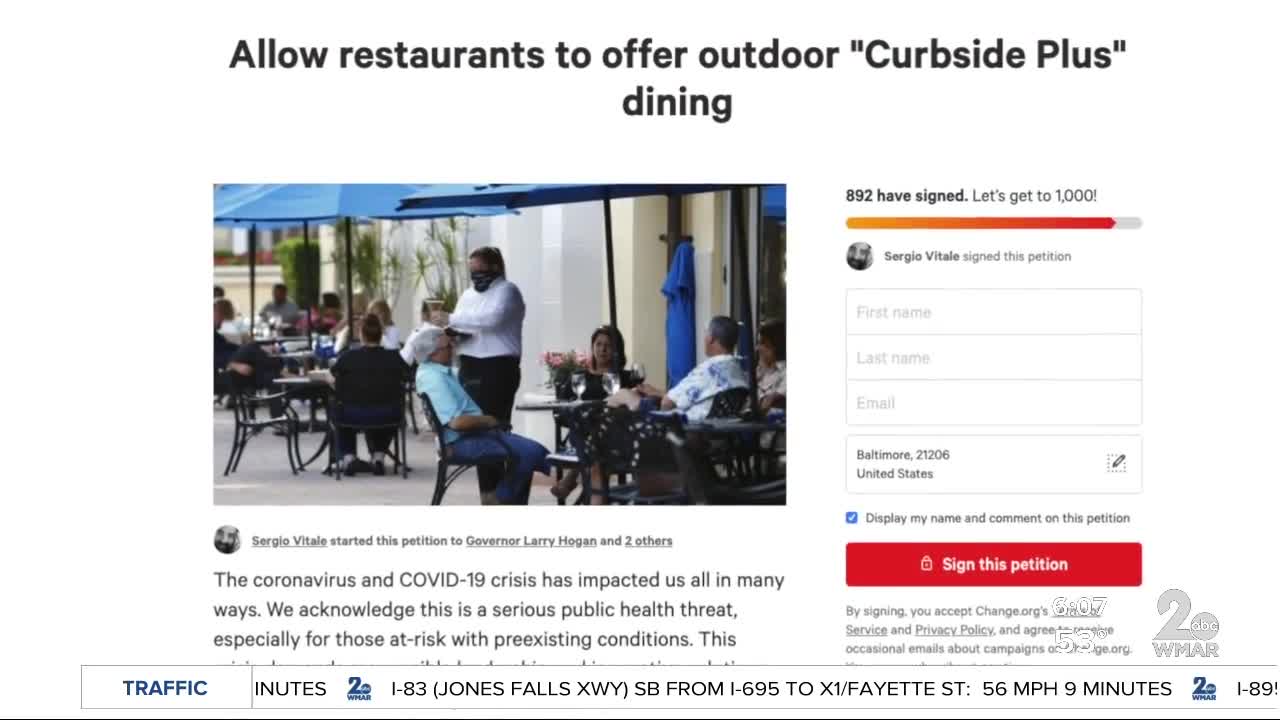 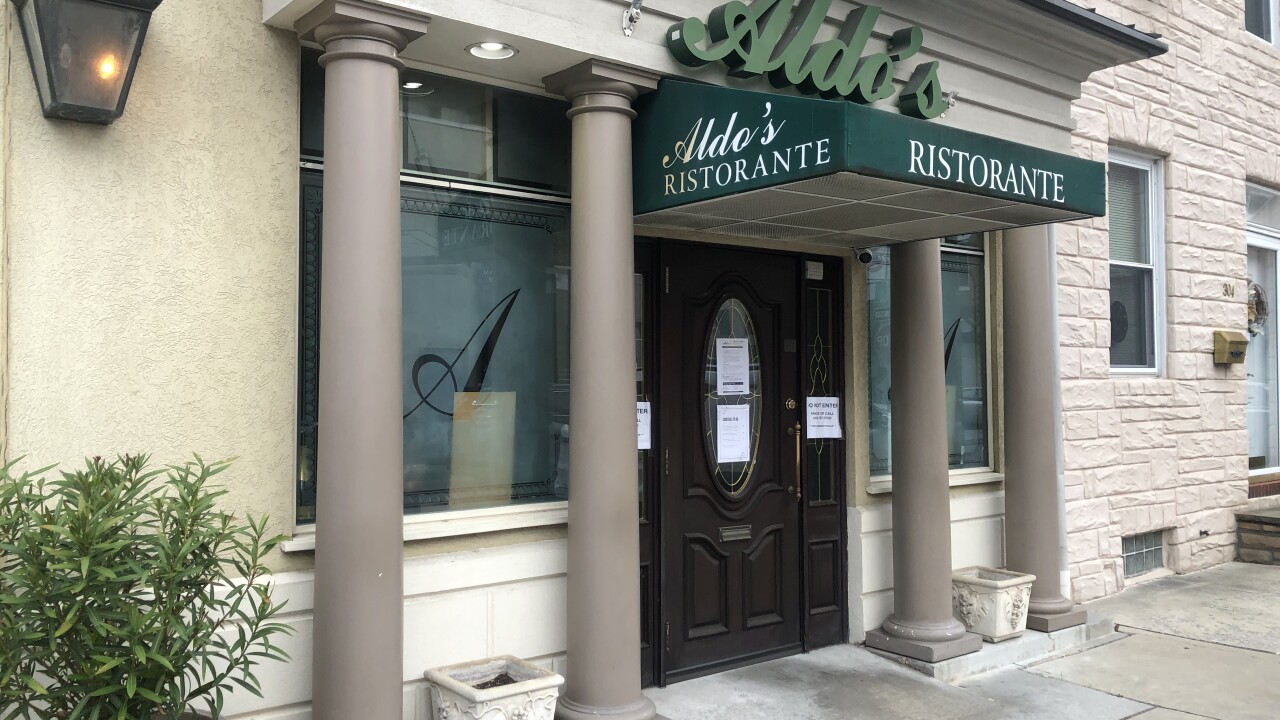 BALTIMORE, Md. — A Baltimore restaurant owner is leading the charge to reopen the city's restaurants while Mayor Jack Young maintains a stay-at-home order.

Friday, Governor Larry Hogan moved the state into phase one of reopening, but Baltimore City along with Baltimore and Howard counties are still operating with some form of restrictions.

The owner of Aldo's Ristorante in Little Italy wants to take eating out, out to the streets.

Customers already have the option of curbside pickup, but there's a petition to allow for closing off sections of streets for what's being called 'curbside plus.'

Many restaurants, retail, and other small business owners have been hard by the stay-at-home orders brought on by the pandemic.

Non-essential stores have closed while restaurants have been limited to delivery or take out only.

Vitale would like to not only see retail reopen but for restaurants to open up again but outside.

He proposed closing down some streets to vehicles and opening them up as outdoor food courts.

The ‘ curbside plus’ plan would have customers still pick up their food curbside but provide a place for them to eat outside, at socially distanced tables. Dining tables placed on the street would allow for a maximum of two to four guests and would be cleaned by staff in between diners.

About 1,000 people have signed the change.org petition to date..

Meanwhile, with Memorial Day weekend coming up and business owners anxious to reopen, mayor young has threatened to shut down any restaurants or bars that might violate the city's coronavirus restrictions.