"Spooky" ABC programming gets you ready for Halloween 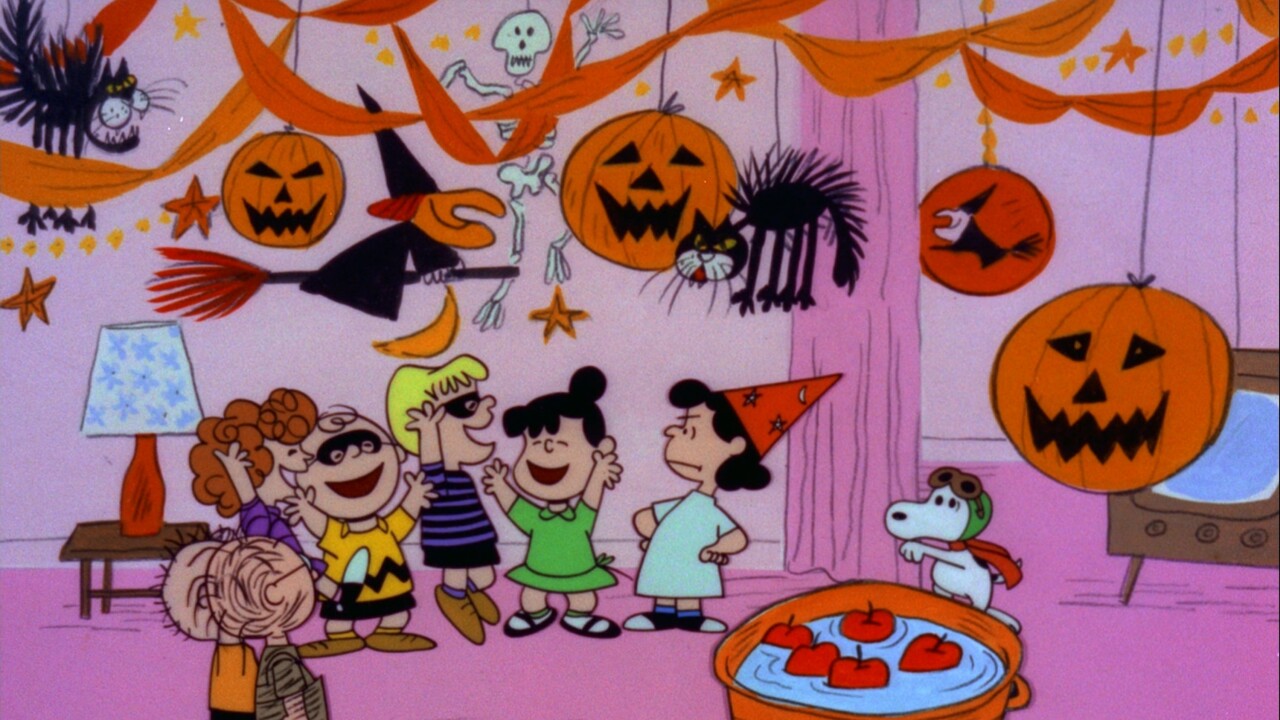 Halloween is right around the corner and ABC is getting you ready with themed shows and movies!

Don't miss your favorite shows with a Halloween twist all week, and then on Sunday get ready for "It's the Great Pumpkin, Charlie Brown" including a bonus cartoon!

"American Housewife" - "The Maze" - Katie ignores Greg's warning and takes Anna-Kat through a terrifying zombie-themed maze at the annual Halloween carnival. Once inside, Katie quickly regrets her decision and sends Anna-Kat to find help. Meanwhile, Greg has entered a pumpkin carving contest and is ready to go head-to-head against the previous year's winners. (8:00-8:30 p.m.)

"Fresh Off the Boat" - "HAL-LOU-WEEN" - It's Halloween again, and with Eddie getting closer to college (maybe), the Huang boys are determined to find a group costume they can all agree on. Meanwhile, Louis decides this is the year he'll finally show Jessica why his favorite spooky holiday is so great. (8:30-9:00 p.m.)

"The Conners" - "Nightmare on Lunch Box Street" - Halloween brings nothing but horror for Jackie after she uncovers a shocking secret when trying to reopen the Lunch Box. Meanwhile, Mary gets upset when a woman assumes she is adopted, and Darlene continues to deal with her complicated love life. (8:00-8:30 p.m.)

"Bless This Mess" - "Scare Night" - Mike and Rio first met on Halloween years ago, so now Mike loves to commemorate the holiday by scaring the wits out of Rio all night. Unbeknownst to Mike, Rio actually hates the scares but is afraid to tell Mike. When Rio turns the tables on Mike and tries to scare him into ending Scare Night, Mike gets bitten by a bat and the night escalates from there. (8:30-9:00 p.m.)

"mixed-ish" - "Girls Just Want to Have Fun" - The popular girls at school ask Rainbow to join their group Halloween costume as Tootie from "The Facts of Life." She thinks this is finally her opportunity to fit in, but Denise views the situation differently. Meanwhile, Alicia doesn't want the kids to go trick-or-treating after Harrison and his colleagues tell her about all the dangerous things that can happen. (9:00-9:30 p.m.)

"black-ish" - "Everybody Blames Raymond" - Halloween is around the corner and the Johnsons are definitely not seeing eye to eye on the family costume. The only thing they do agree on is that Jack's new friend Raymond has got to go. Meanwhile, Junior wants Devante's first trick-or-treating experience to be perfect. (9:30-10:00 p.m.)

"The Goldbergs" - "A 100% True Ghost Story" - Beverly scores a bargain on four paintings. Once they make it home, she and Adam determine something supernatural is causing them to be destroyed. Much to Murray's dismay, they call a psychic for help. Meanwhile, Barry decides to throw a huge "Rocky Horror Picture Show"-themed party against Erica's wishes. Their confrontation leads to a visit to the dean's office. "Rocky Horror Picture Show" alum Barry Bostwick guest stars as Professor Majors. (8:00-8:30 p.m.)

"Schooled" - "Run, Rick, Run" - Coach Mellor is excited to celebrate Halloween in a couple's costume with Julie, but his plan might be derailed by Principal Glascott's faculty-parent dating rules. Meanwhile, CB uses "The Blair Witch Project" to attempt to scare the students into not tormenting each other during the school's annual Halloween parade. (8:30-9:00 p.m.)

"Modern Family" - "The Last Halloween" - Phil is determined to finally scare Claire on Halloween. Meanwhile, for the first time, Gloria is feeling self-conscious about her age when someone correctly assumes she is Jay's wife; and Mitch and Cam head to the WeHo Halloween Carnival after Lily decides to go to her first Halloween party alone. (9:00-9:31 p.m.)

"Single Parents" - "Welcome to Hell, Sickos!"- It's Halloween night at Hilltop Elementary and the kids head to the school for a spooky celebration with Douglas. Will struggles with whether he should stay with Sophie at the school party or if he should swing by his girlfriend Tracy Freeze's birthday, which results in a stressful night for Will trying to do both. Meanwhile, Poppy and Angie throw a Halloween party for teens at Douglas' house in order to try to prove to themselves that they are cool moms. (9:31-10:00 p.m.)

"General Hospital" - The whole town of Port Charles is gathered for the annual Metro Court Halloween party to celebrate. Meanwhile, Ava is spooked when she senses a masked man from the party has followed her back to her gallery. Elsewhere, Cameron and Joss get carried away with the spirits at the Haunted Star high school Halloween dance. (weekdays, 2:00-3:00 p.m., check local listings)

"Grey's Anatomy" - "Whistlin' Past the Graveyard" - Alex is hoping to impress investors at Pac-Gen North, but when he hears disturbing news about skeletons on the construction site grounds, he enlists Richard to help with distraction tactics. Teddy feels the pressure to be super-mom after tasking herself with creating original Halloween costumes for Allison and Leo, while Meredith fears she won't make it home in time for trick-or-treating with her kids. Elsewhere, Jackson tends to a pediatric patient who is upset she is spending her Halloween in a hospital. (8:00-9:01 p.m.)

"Jimmy Kimmel Live!" - Jimmy, Guillermo, Dicky, Cleto and the Cletones, and all of the show's guests will be dressed for the occasion on an all-new episode of "Jimmy Kimmel Live!" The 14th Annual Half & Half Halloween Costume Pageant will be part of the evening's festivities, where the show takes half of one costume and half of another, weaving them together to form one amazing hybrid costume. Past creations include Trumpty Dumpty, EmoJesus, and The Walking Bed, to name a few. Kimmel will also ask parents to join in on the YouTube Challenge "I Told My Kids I Ate All Their Halloween Candy," one of the show's signature holiday traditions with over 329 million combined views on YouTube. (11:35 p.m.--12:37 a.m.)