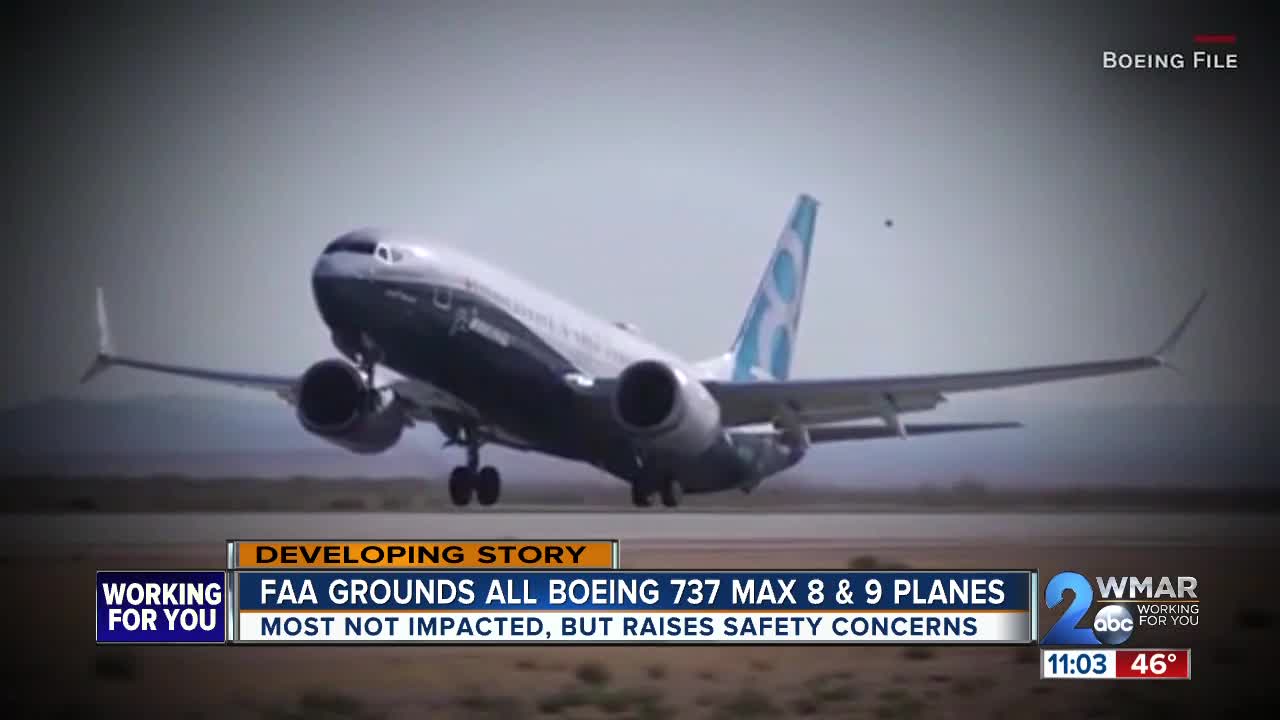 Former airline pilot and NTSB investigator explains impact of grounding and why it may not be necessary. 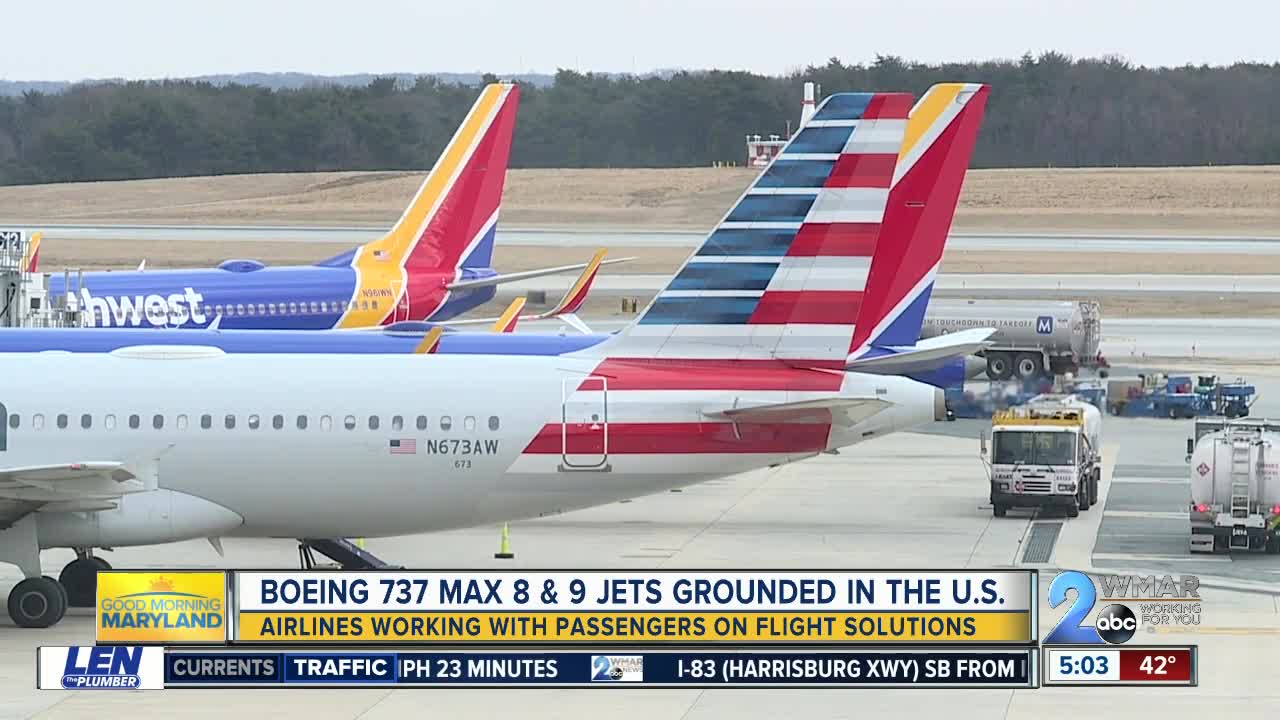 BALTIMORE (WMAR) — President Trump ordered all Boeing 737 Max 8 and Max 9 planes be grounded after receiving new information about the investigation into the Ethiopian Airlines crash that killed all 157 people on board Sunday.

Three US carriers use the aircraft: United, American and Southwest. Each have removed them all from service and say it's a small portion of each fleet and less than 5% of daily flights. Still, it's causing concern and travelers are double checking the planes their flights are assigned.

"It would be a hard decision whether or not I’d be willing to get on plane that has had 2 crashes," passenger Myra Downs said.

"There aren’t any facts to really say there’s something wrong with this airplane," Cox said.

He has years of experience both flying and investigating crashes involving different versions of the 737 and says he knows them well. He believes the move to ground the planes is more cautionary than based on facts.

"We don’t have a technical reason to ground the airplane so much as we have the fact that there’s a coincidence," Cox said.

In October, a Max 8 went down in Indonesia, killing 189 people.

"It's unusual to have very many accidents at all so the fact that you’ve got two of the same type within six months is a real unusual coincidence so that does raise natural questions about what’s going on," Cox said. "It’s pretty clear from all the information that’s been released from the accident [in Indonesia] that there were serious maintenance failures and serious crew errors in that flight and the mechanical error that took place of course was a problem but it’s a problem we should as pilots be able to cope with."

There are a lot of versions of the 737 and Cox says it's one of the most common airliners in production in the world.

"One of the results is there are an awful lot of airlines in foreign countries that have gotten these airplanes in. The thing to understand is many of these countries want to grow their own domestic airlines and they also want to hire their own indigenous crews and pilots of course," Cox said. "In the U.S. and in Europe, we have fairly high demands for pilot flying time and experience before you can get into the right seat of an airliner and that’s not necessarily true in other countries. In Ethiopia for instance and in Indonesia, they have some really low time pilots in the right seat. That’s not to say all of their pilots are inexperienced but we have higher standards here."

"I do have a lot of confidence in them and the training pilots receive," Downs said.

For concerned travelers, he says don't confuse the Max 8 with the 737-800. They have different engines and the 800 is not the model grounded.

He also says this is an ever changing situation and he's waiting on more information about both the Ethiopian and Indonesian crashes.