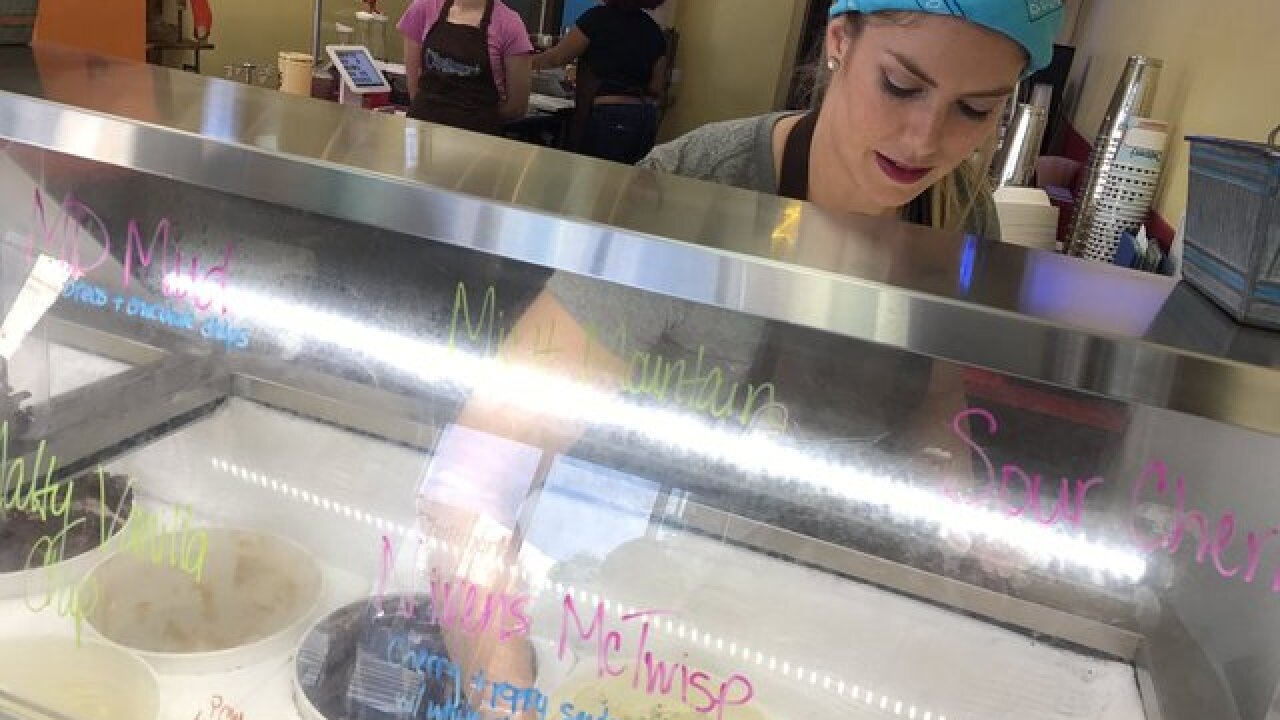 Copyright 2017 Scripps Media, Inc. All rights reserved. This material may not be published, broadcast, rewritten, or redistributed.
Lenny Rice/ABC2 News

The Charmery ice cream shop announced it's opening a third location in Towson in the spring of 2018. The owners signed a lease at 6807 York Road in the Rodgers Forge/ Stoneleigh neighborhood.

This comes after the shop announced plans for its second location, the Ice Cream Factory, at Union Collective in early 2018.

“Since we opened in 2013 on 36th Street in Hampden, we have been overwhelmed by the love and support within the community,” says David Alima, Co-Owner, The Charmery.

“Many of our customers live in the Towson area and have become devout followers of our crazy signature flavors. When the opportunity became available, we thought, what better way to celebrate that community than with ice cream?”

The Towson location will feature many of the signature favorites fans have come to know and love at the Hampden location, like Maryland Mud and Old Bay Caramel as well as the wheel of ice cream. In addition, the Alimas will source fun sodas and other confectionary delights to expand their sweet offerings.