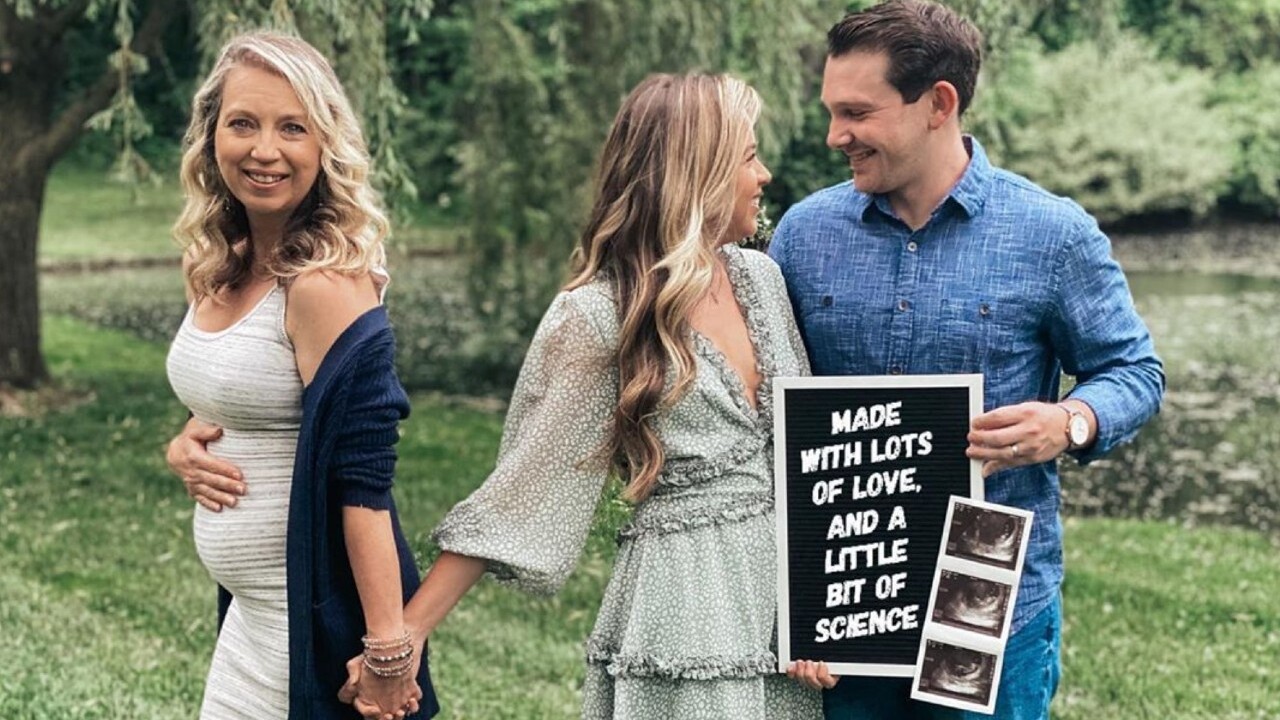 Most parents say they would do just about anything for their child and one mother in the Chicago area is proving that to be true.

At 51 years old, Julie Loving is carrying her 29-year-old daughter’s baby after she struggled with infertility issues for years.

While a traditional surrogate is the biological mother of a child, a gestational carrier is not. The woman carries and delivers the baby without using her own eggs.

Hiring one of these carriers can be very costly, so to avoid that cost, some have turned to family members when they can’t carry a baby themselves.

Lockwood says her mother was persistent in offering to carry her baby for her, despite the risks associated with being pregnant at her age. But after undergoing rigorous testing, doctors gave the OK for Loving to carry the child.

Luckily, Loving got pregnant with the first embryo they tried, according to the family’s physician, Dr. Brian Kaplan.

In June, Lockwood was finally able to announce that she and her husband were expecting their first child. She made the announcement on Instagram, where she’s been documenting her journey to motherhood for about four years.

“Made with a lot of love, and a little bit of science… Baby Lockwood will be brought into this world via GESTATIONAL CARRIER, and this little miracle’s carrier is quite a special one. MY MOM,” wrote Lockwood.

Lockwood refers to her mom as a "surrograndma" on her page.

The mother-to-be told TODAY that the response has been mostly positive, but about 10% of people have “nasty things to say.” She believes a lot of it stems from a lack of understanding about infertility issues.