IMAGE: Is this the real face of Jesus Christ? 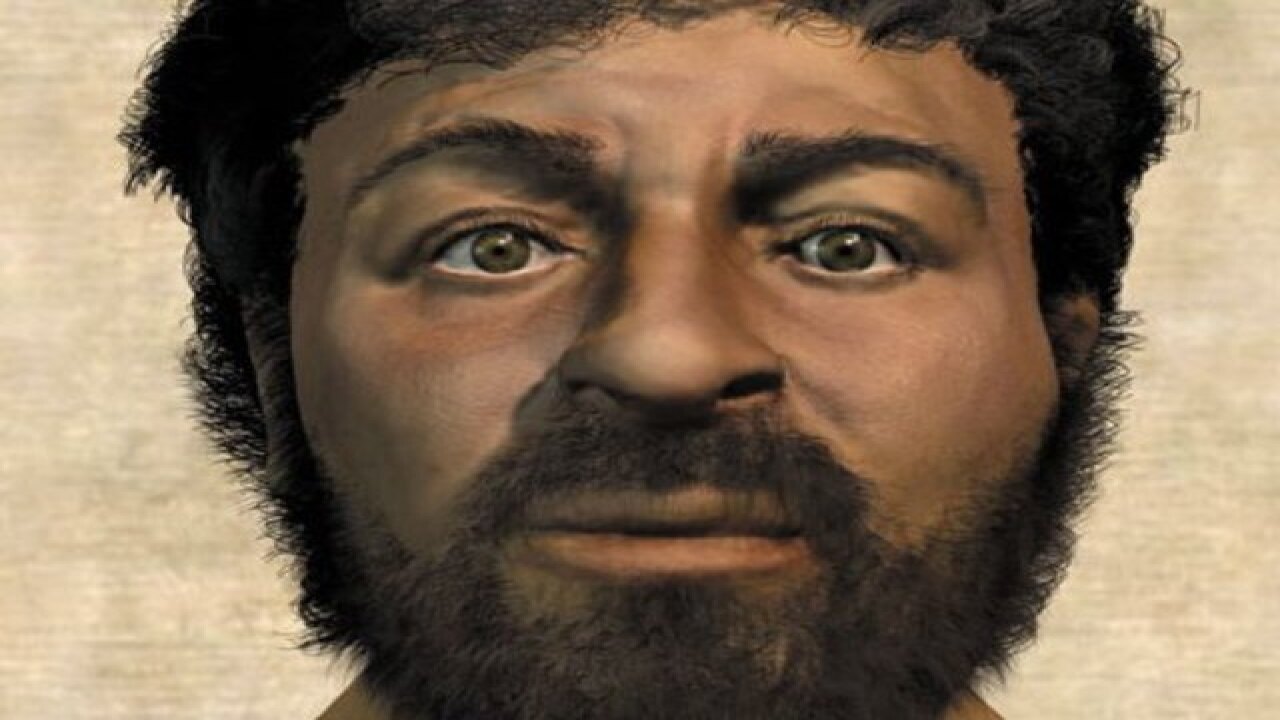 British Forensic scientists have stitched together what they say is likely the most accurate image of Jesus Christ's real face, and he doesn't look like the portraits we're used to.

The scientists analyzed skulls from archeological dig sites and inferred about a possible shape of Jesus' head and facial muscles.

The scientists say they were not able to accurately determine color of his skin and hair with that, but instead used drawings found in archeological dig sites in Israel of people at around the time Jesus would have lived.

The new image is a very different one than the light-skinned man we're used to, which also depict longer, flowing hair.

The New Testament of the Holy Bible doesn't provide any detailed description of Christ, nor have any drawings depicting him been discovered.