"My dad is a gang member": Principal shares her life story with students to show them they can change 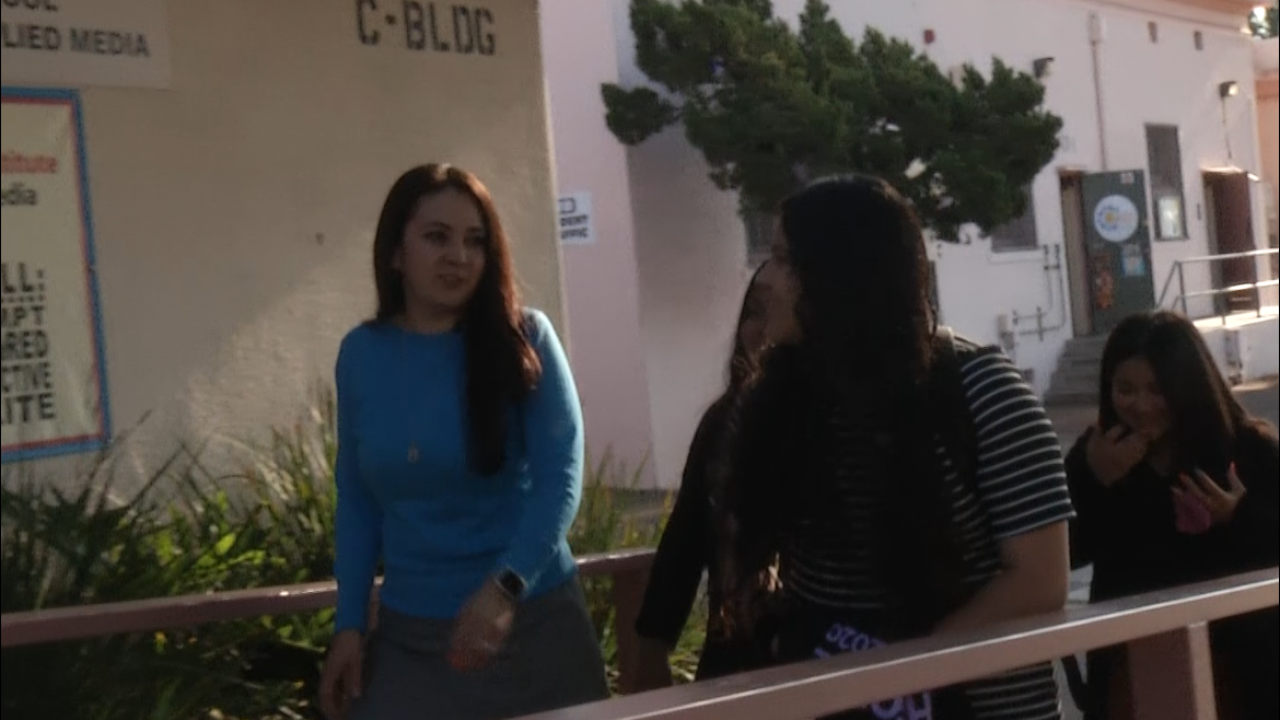 LOS ANGELES, Calif. (Ivanhoe Newswire) -- One in six children live in poverty in the United States. These children are more likely to drop out of school, become unemployed adults, and end up behind bars.

In fact, people who do not earn a high school diploma are seven times more likely to be persistently poor as adults, making, on average, $10,000 less than a high school grad and more than $35,000 less than a person with a college degree. Now, one woman is helping kids find their way out of this vicious cycle.

“My dad is a gang member. We grew up really poor. He was into drugs,” said Pearl Arredondo Lomeli, M.Ed., Principal of San Fernando Institute for Applied Media.

She was a rebel. “I had everything stacked against me,” Arredondo said. But there were teachers who would not let her fail.

Pearl got her high school diploma and went on to receive a bachelor’s and master’s degree from Pepperdine, and when she had the chance … she came right back to her old middle school. “She started off as a student here,” said Steven Garcia, a ninth grader. “Now she's a principal. And I think that's so inspiring for a lot of girls and all the students here,” said Valeria Gomez, the Student Body Vice President.

Pearl fought to create a new kind of school. “We had to do something radically different that had never been done before,” said Arredondo. This is a STEAM school—focused on science, technology, engineering, art, and mathematics. “We want them to be able to be creative and think critically,” said Arredondo.

98 percent of students are Latino—one hundred percent qualify for free breakfast, lunch and supper. The teachers fight every day to make sure these kids don’t become a victim of their own circumstances.

“If I ever needed help with anything, I can talk to an adult and they'll help me,” said Gomez. “I was in a really bad place and I was having a hard time, but this year I’m getting better,” said Mia Muniz, a ninth grader.

Teachers and principals are under a one-year contract. If you’re not one hundred percent invested, you’re out. State test scores have gone up every year since the school started ten years ago. “We learn about the four P’s, which stand for being prompt, prepared, productive and polite,” said Kimberly Akino, the Student Body President.

Every year, Pearl shares her story with the students, telling them everyone has a struggle, and everyone needs help along the way. “This is my heart, and this is my soul here. I want them to aspire to be bigger and better,” said Arredondo. And that’s exactly what they’re doing. “I plan to go to college to become an engineer,” said Garcia. “I hope I can become a lawyer,” said Gomez.

Principal Arredondo has been contacted by school districts throughout the United States about starting pilot STEAM programs in their most poverty-stricken districts.