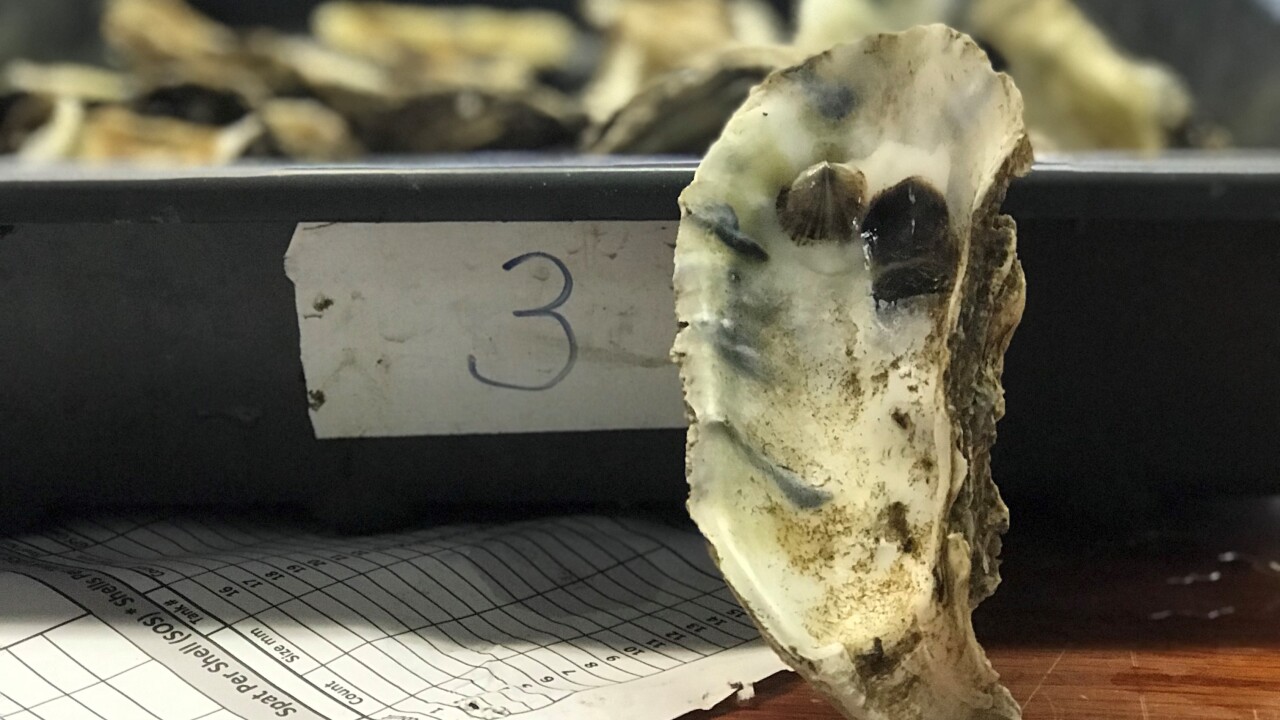 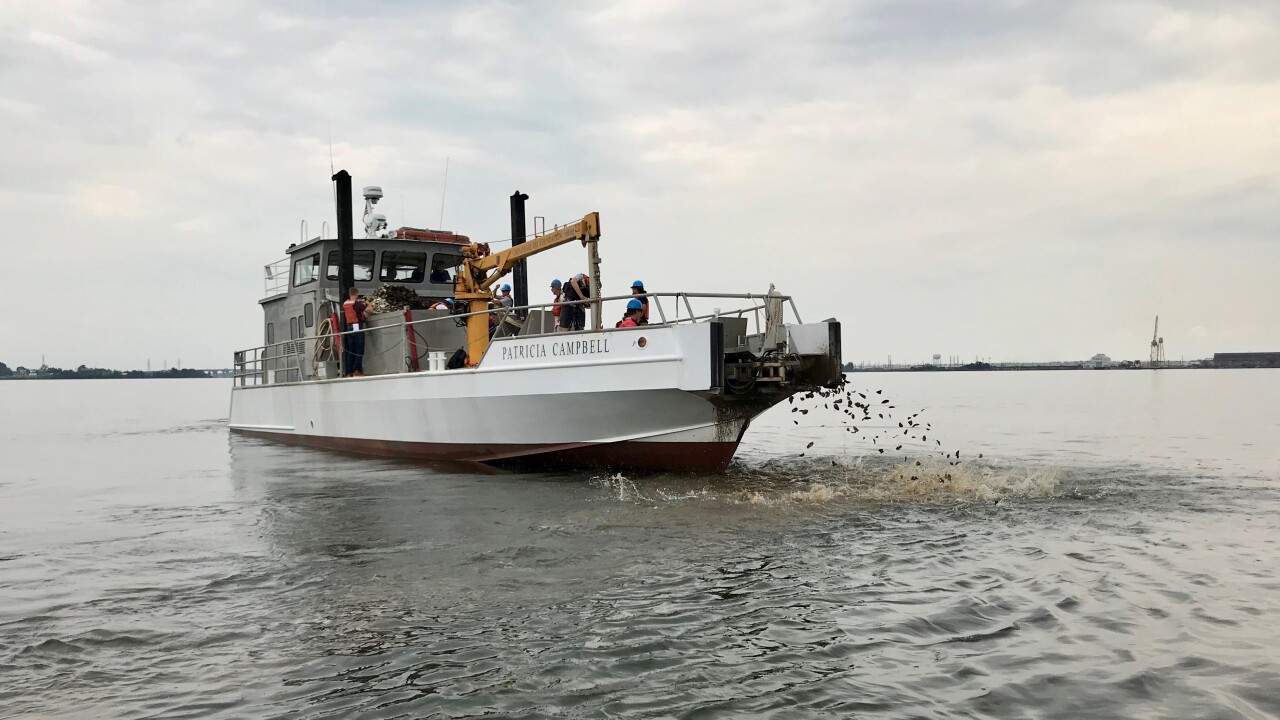 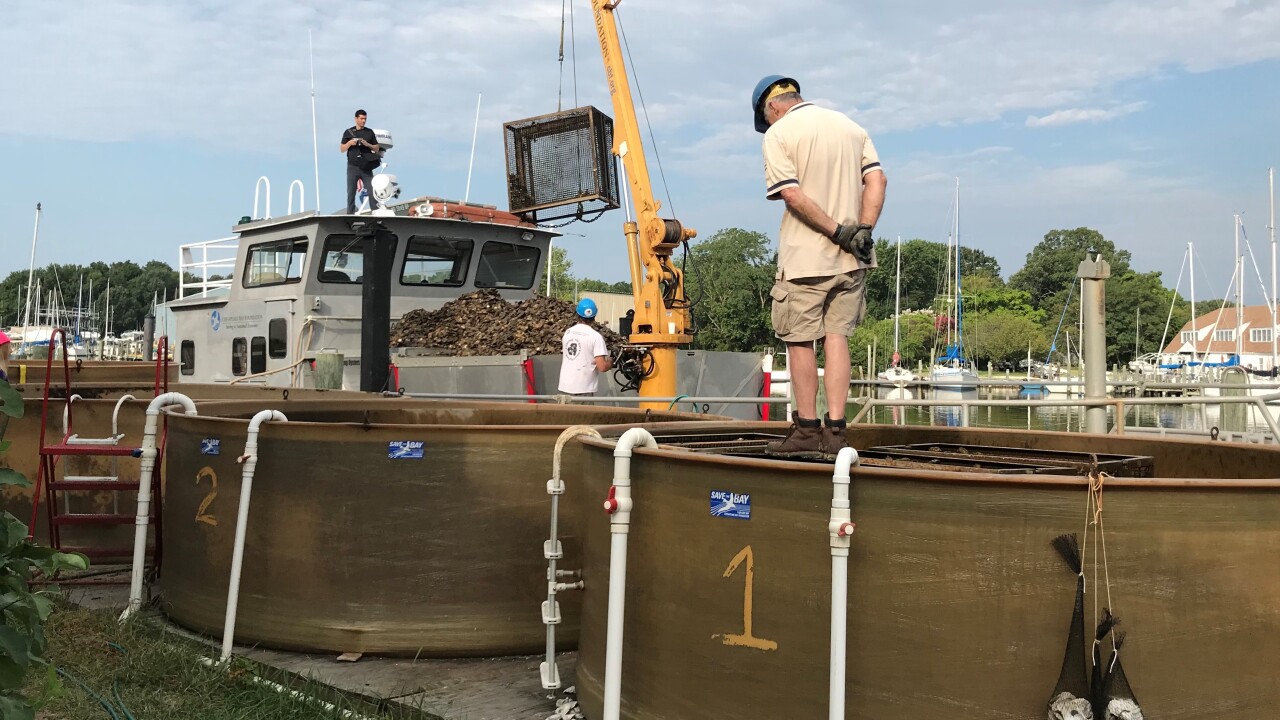 BALTIMORE — The Chesapeake Bay Foundation has planted more than 3 million juvenile oysters, known as spat, on shells at the Campbell Family sanctuary reef in the Patapsco River Wednesday.

The planting continues efforts that began in 2017, when CBF planted 3 million juvenile oysters on the reef.

Scientists estimate the oyster population in Chesapeake Bay has dropped more than 98 percent.

“Oysters are an ecological marvel in the Chesapeake Bay,” said Carmera Thomas, the Baltimore Program Manager for the Chesapeake Bay Foundation. “Today’s planting is another step at restoring the once abundant bivalves so Marylanders can benefit from their natural ability to improve water quality.”

The oysters planted outside the city are also helping the Chesapeake Oyster Alliance reach its goal of adding 10 billion new oysters in the Bay by 2025.