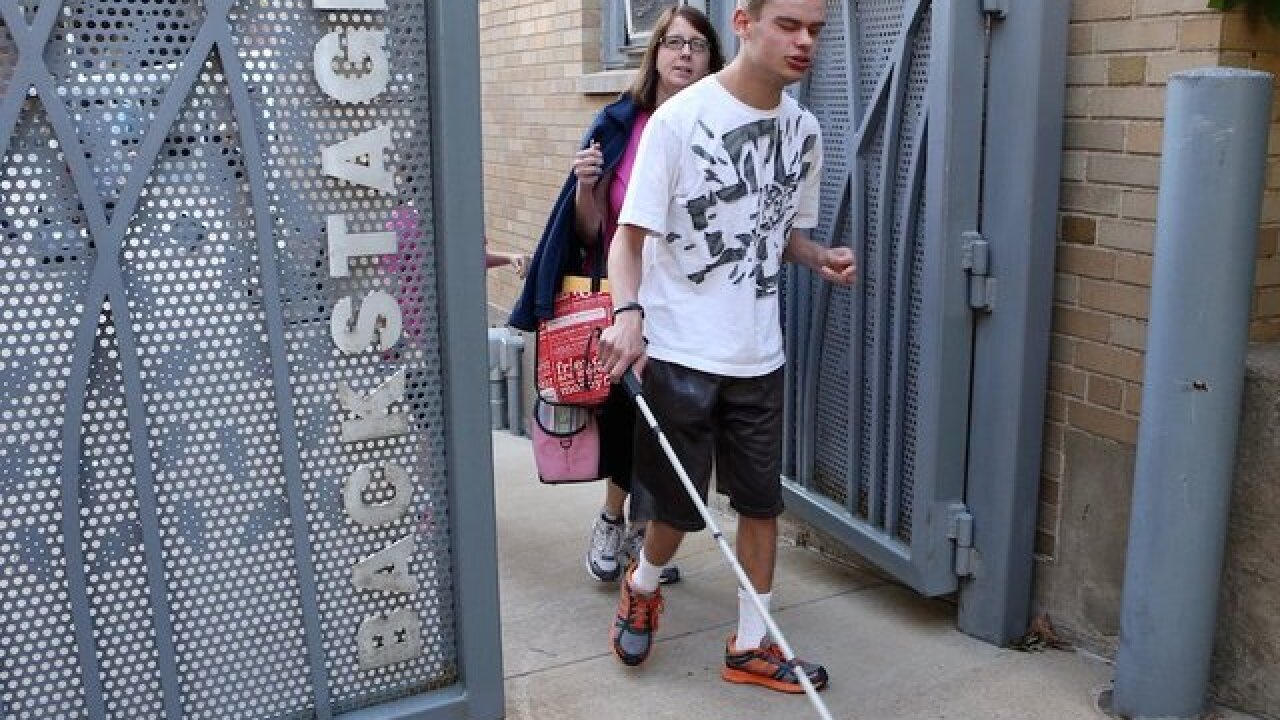 J.B. Forbes/St. Louis Post-Dispatch/MCT
&lt;p&gt;Andrew Adolphson, 17, leaves the backstage area after practice at the Emerson Studio on Sept. 14, 2014, at the Muny Opera in Forest Park, Mo. Behind him is his mother, Ann Adolphson.&lt;/p&gt; 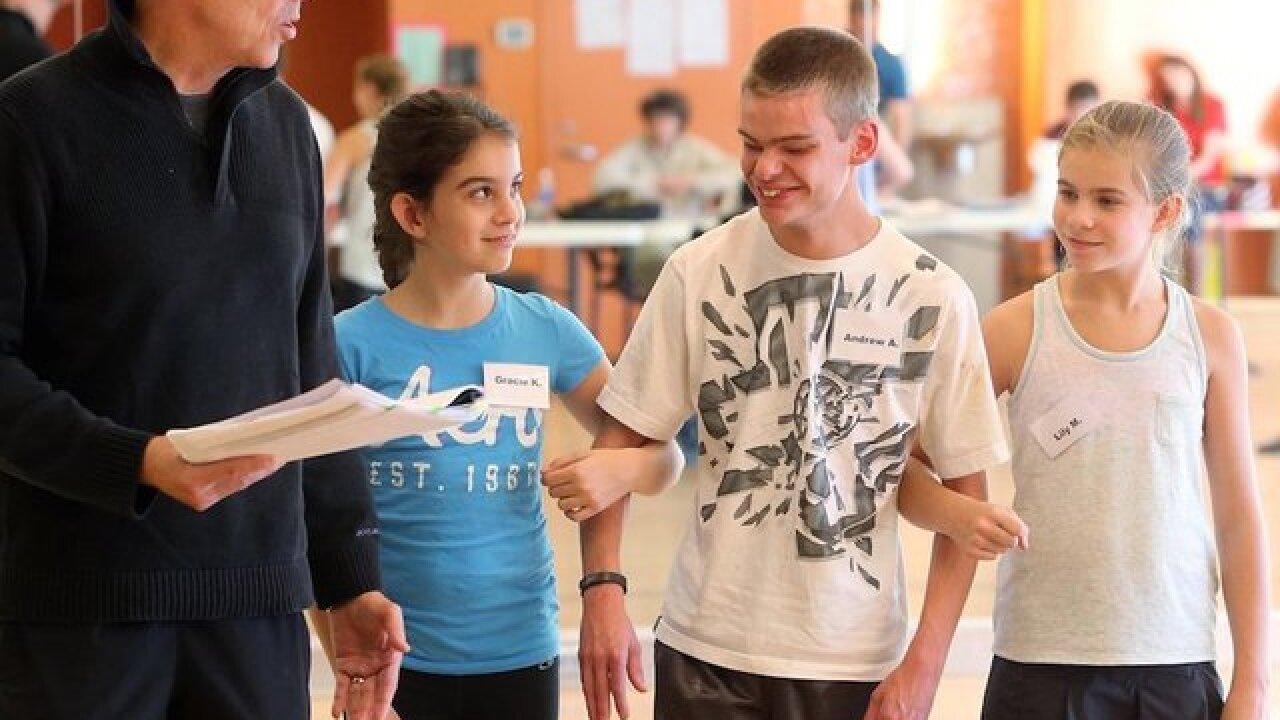 Andrew Adolphson, 17, is a normal teen with an adolescent sense of humor who likes to tease his twin sister.

He's active at school, hangs out with friends, plays video games, reads and loves history. A junior at Bayless High School, his career goal at the moment is teaching computer technology.

Recently, he has acquired a new love: He won a part in a professional musical next month at the Touhill Performing Arts Center at the University of Missouri-St. Louis.

And Andrew is blind and has cerebral palsy, a brain disorder that causes physical impairment.

Andrew and his twin, Danielle, were born about 12 weeks premature. She also has cerebral palsy but has her sight.

"They told us they wouldn't live through the day," said Dan Adolphson, their father. "Then they said they wouldn't last another day, then a week. ..."

Seventeen years later, Andrew will be dancing on stage in the Disney musical, "The Little Mermaid," sponsored by the Variety Children's Theater.

Andrew says his performance doesn't involve singing, although he can sing. He has experience in the Variety Children's Chorus and Bayless High School Chorus. "I've been in love with music my whole life," he said.

Theater is part of that, he said. He has appeared in smaller plays, such as "You're a Good Man Charlie Brown."

Last year, he was a sound production intern for the Variety Children's Theater production of "Peter Pan." "I enjoyed that, but I wanted to be on stage where the action is," he said.

For six years, the Children's Theater has teamed with Webster University to present musicals.

Earlier this summer, Andrew won a part. He'll be dancing in the rendition of "Kiss the Girl."

He was away at a summer program when his mother told him of the callback. "When I first got my callback, I thought they wanted me to play a girl," he said, laughing.

He didn't think twice about dancing. "I hold on to someone's arm and move when they move and pick up the motion by the feel of their arm," he said.

This will be his first time on a major theater stage. But that doesn't mean stage fright. "No. I can't see the people around me. You get stage fright when you're on stage and see people in the audience."

The musical has about 80 characters, from professional adult performers to children. Thirty to 40 of the children are disabled.

Lara Teeter, is the director-producer of the production. He's head of musical theater with the Webster Conservatory for Theater Arts at Webster University and has worked in professional theater for 35 years and academic theater for 25 years.

"These kids are like you and me, the same desires, the same goals. But they're trapped in a body that may not be able to see, walk or talk."

"Andrew had to audition; the kids have to audition," he said. "They don't get a free ride. Andrew auditioned, and he sang and he danced, and the combination. When he learned the combination ... he managed himself better than people might imagine."

On stage, "he'll be standing with someone who can get him on and off the stage, and once he's on stage, he's pretty good on his own," Teeter said.

"He didn't get on stage because he's blind. No, no, that's not professional theater. There are no gimmes."

Participants are required to attend all rehearsals unless there's a medical reason, he said. "We're not going to put them on stage unless we feel they're prepared for a particular scene."

Danielle is an intern stage manager for the production. "She likes to be bossy," Andrew teased.

That's part of the experience, Teeter said. The youngsters get a chance to see professional-level production. "It opens the doors from behind the scenes to on the stage that they may wish to do as a profession," Teeter said.

Although Teeter has been with Variety Children's Theater since its inception, he finds himself astounded by Andrew's performance and the performances of other disabled children.

"Working with Andrew is one of the experiences that continues to blow my mind," he said.

Dan Adolphson sees the experiences as another step to independent living for his children. "Having them be independent was what we set out to do," he said.

But he still gets a bit nervous. "I'm always scared. You don't want him to go up there and make a mistake. He's already in the limelight. Because of his white cane, people stare at him."

Andrew takes it in stride. He's accustomed to being complimented for overcoming challenges and answering questions. "I enjoy meeting people, getting together with old friends and new friends and having a good time," he said.

"I can do almost anything," he said. Except: "I wish I could drive."