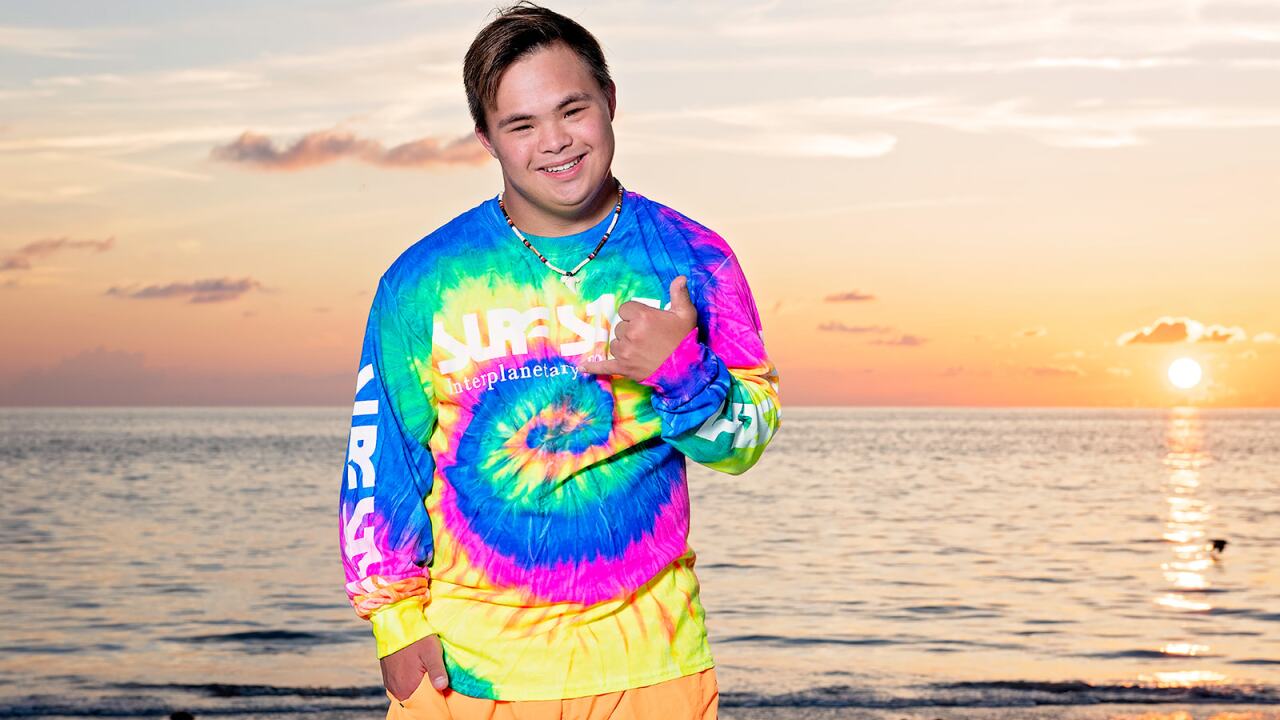 A beachwear company announced a new model on their blog last week, and the face of their latest advertising campaign is drawing attention for all the right reasons.

Ethan Holt, a 16-year-old model for Florida-based Surf Style, has Down syndrome.

"My friends on the swim team and a couple of girls, even my coach knows, say I’m a famous model now,” Holt said in a blog post from the company.

According to Surf Style, Holt was recruited through Help Us Gather, a nonprofit that advocates for inclusion and helps people with disabilities form social circles through events and activities.

"We jumped on the opportunity to include Ethan in our marketing, not only because of his incredible charismatic personality and love of the camera, but also to set an example of inclusion," the company said on their blog.

Surf Style describes the Florida native as an active high school junior with a special affinity for water sports, making him a perfect fit for the brand. Holt swims for his high school’s team and the Florida Division of the Special Olympics, where he's also part of the paddle board team. He's won multiple gold medals in the water sports on both a regional and state level.

“Anytime he gets to compete, whether its paddle board or swimming, he always gets gold," said Phoy Holt, Ethan's mother.

It was through HUG that Holt discovered how much he liked modeling.

"He studies it, you know, he practices," said Robin Lally, the founder of HUG. "So that’s when I realized, if he’s willing to do the work, and he gets it, then he’s good at it; so we thought he could make a career out of it. Models know how to move, and he brings his personality with it.”

Surf Style says the response to Holt modeling for them has been incredibly positive and that Holt is “ready to be a model."