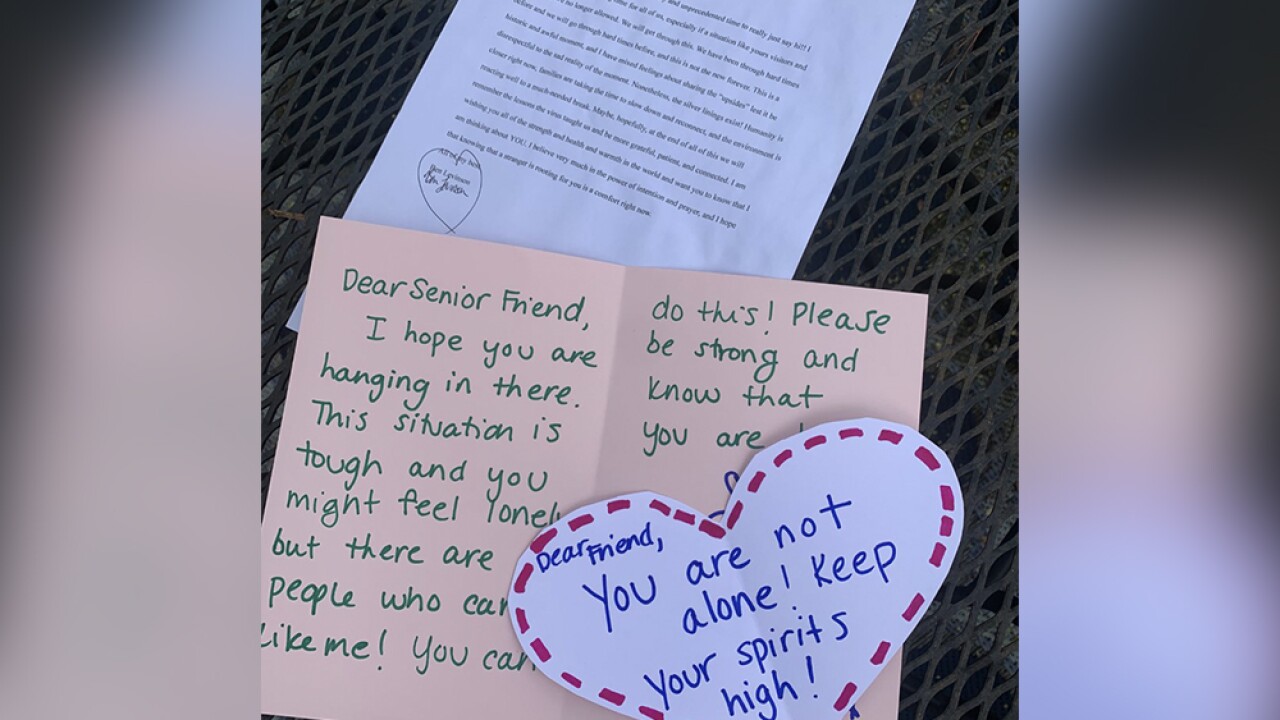 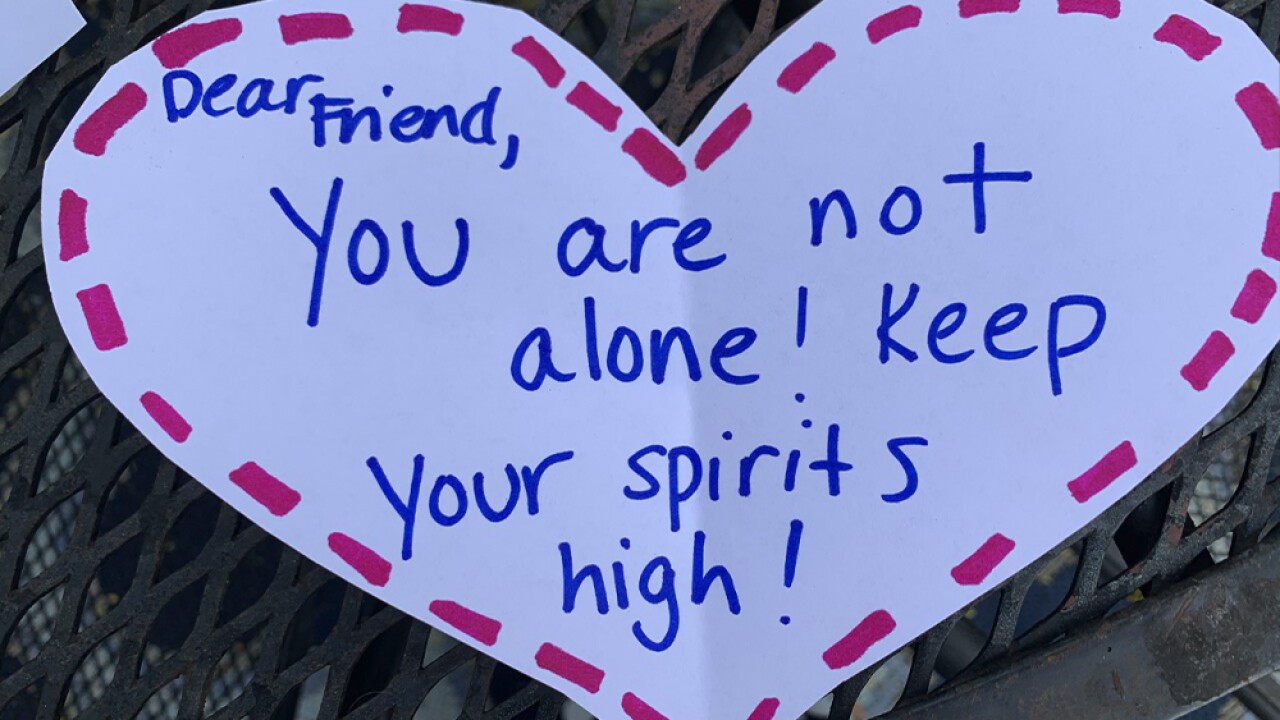 TOWSON, Md. — There is no doubt that these are scary and uncertain times, especially for seniors who are the most at risk for being affected by COVID-19.

17-year-old Ben Richardson from Towson was worried about his 87-year-old Grandfather who lives in an assisted care facility, so he decided he needed to do something to help.

"I decided to start this project because of my grandfather who I happened to be named for. My grandfather lives under assisted living care at Pickersgill. Several weeks ago he was hospitalized for illness and then moved to a rehab facility to regain his ability to walk. When he returned to Pickersgill, COVID-19 concerns had begun to rise so he was forced to stay isolated in his room only for 2 weeks because he was exposed to the outside," Richardson said.

He came up with the campaign 'Letters With Love' which sends heartwarming notes to those isolated in assisted care facilities.

"When my grandfather was isolated for the first two weeks he would often express how lonely and sad he felt, missing the activities and visitors he would often experience. My mother expressed to me how this kind of isolation is detrimental for the mental health of the elderly and with those with dementia. This project was designed to bring more joy and cheer to the people living under these circumstances," he explained.

Richardson wants your to write at least three (or more) notes or letters to someone in assisted living. He says you can write the same letter three times since they will be going to three different residents.

My name is _________. I can imagine that this has been a hard time for you so I am writing this letter which I hope will cheer you up. I want you to know that you are not alone and you can get through this. I hope you can stay positive and healthy and strong knowing that the world outside still cares a lot about you even though you are stuck inside.

Sincerely, (your first name only)

Richardson also says he is encouraging people to get creative with the letters and include a poem, crossword, bible verse or more.

If you want to participate you can send your letters to Mail the letters to P.O. Box 42677, Towson, MD 21284. If you have any questions you also email Ben Richardson at seniorletterswithlove@gmail.com

In an email exchange with Richardson he expressed that he is thankful for the support. All he wants to do is make the world a better place and be an activist for change and progression.

Thank you Ben Richardson for helping us all be #Stronger2gether.