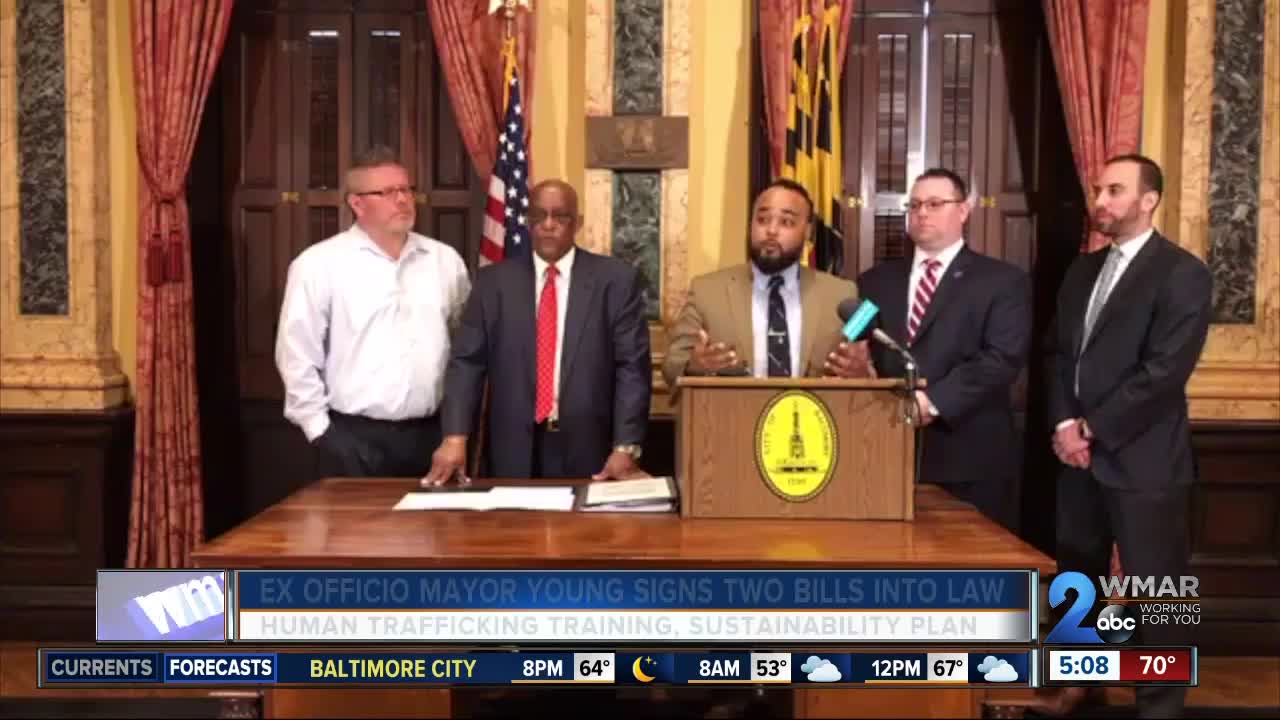 One was the Human Trafficking Training bill to help victims and prevent human trafficking.

"To require hotels to help train their employees on a bi-annual basis to identify signs of trafficking and make sure that victims get help as quickly as possible," said Councilman Kristerfer Brunett.

The other bill that was signed was the Baltimore City Sustainability Plan. It will help strengthen communities through collaborative, economic, environmental and socially equitable planning and action. The primary focus of the new plan is racial equity.