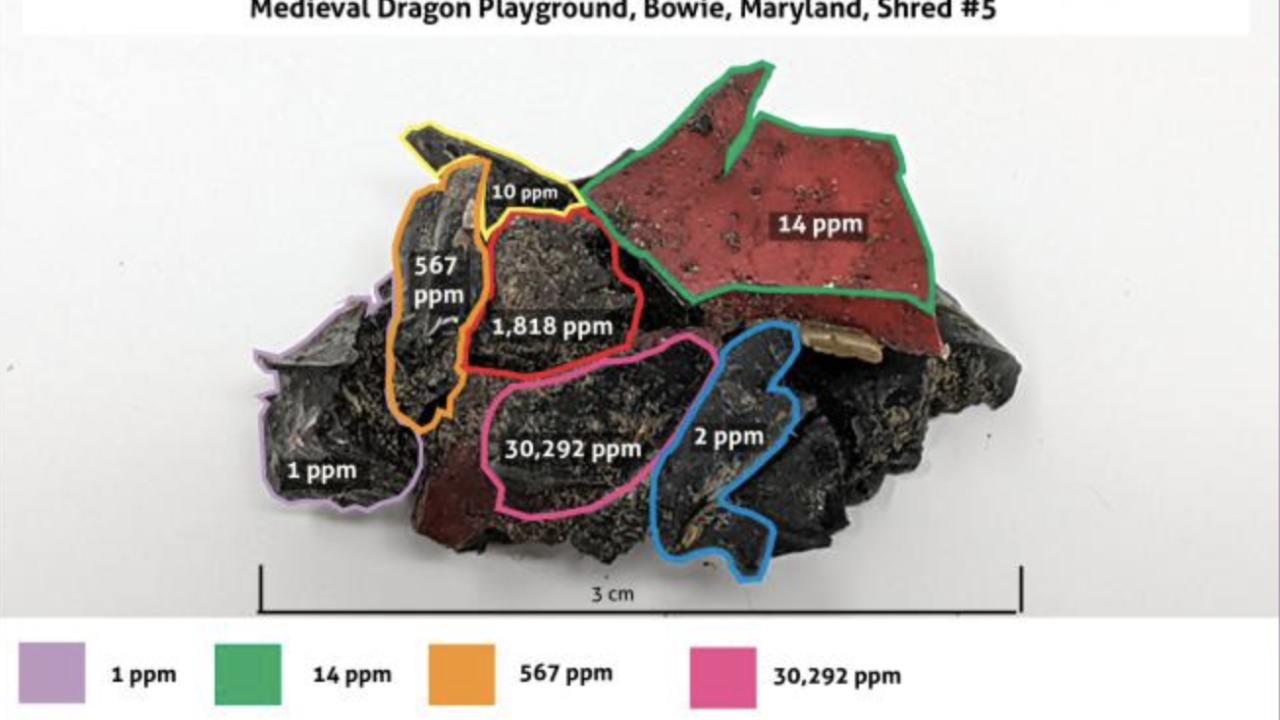 Several groups and community members provided samples of the material to the non-profit Ecology Center as recently as early this year.

Their analysis found Medieval Dragon Playground in Bowie and Woodland Wonderland in Capitol Heights each had shreds of rubber that tested greater than 90 part
per million (ppm) lead.

According to the final report, the study "did not assess the fate, release rate, or potential exposures from lead-containing shred."

Other Maryland playgrounds that were studied include the RIO Washingtonian Center Playground in Gaithersburg and Wizard of Oz Playground in Upper Marlboro.

While those parks had a much lower ppm average, the Ecology Center couldn't guarantee that they too didn't contain lead.

The entire report can be read below.