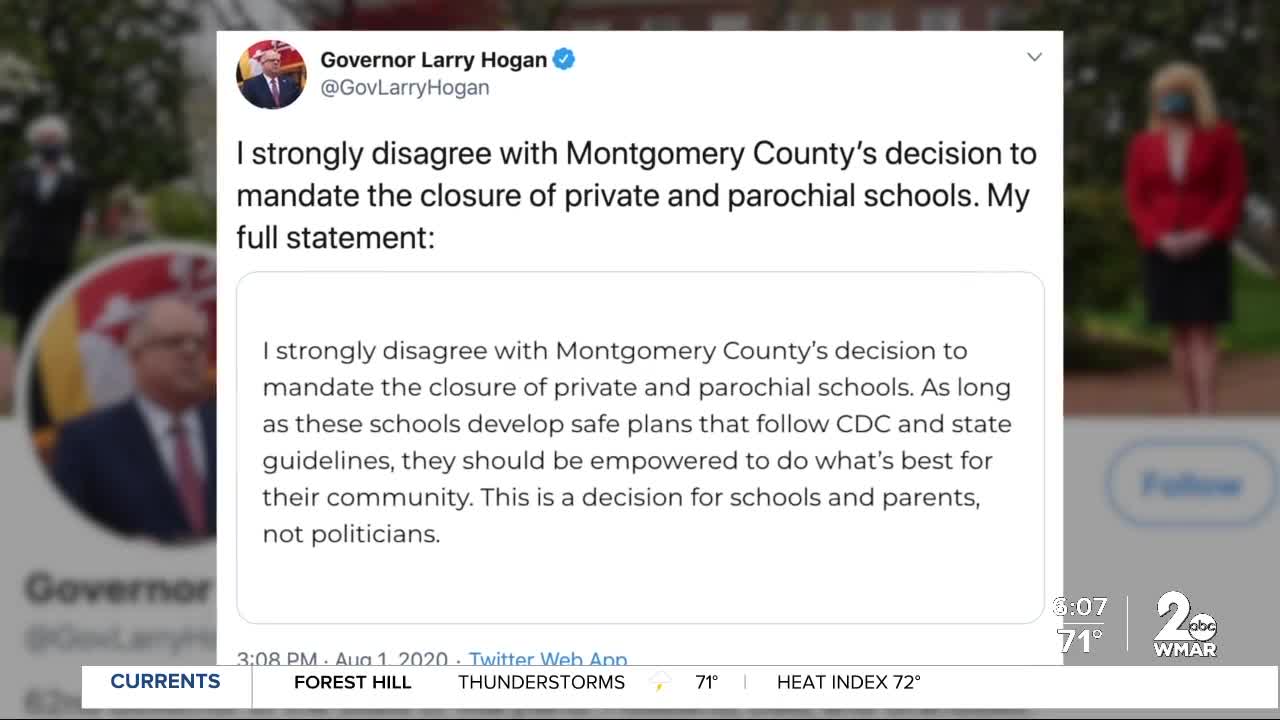 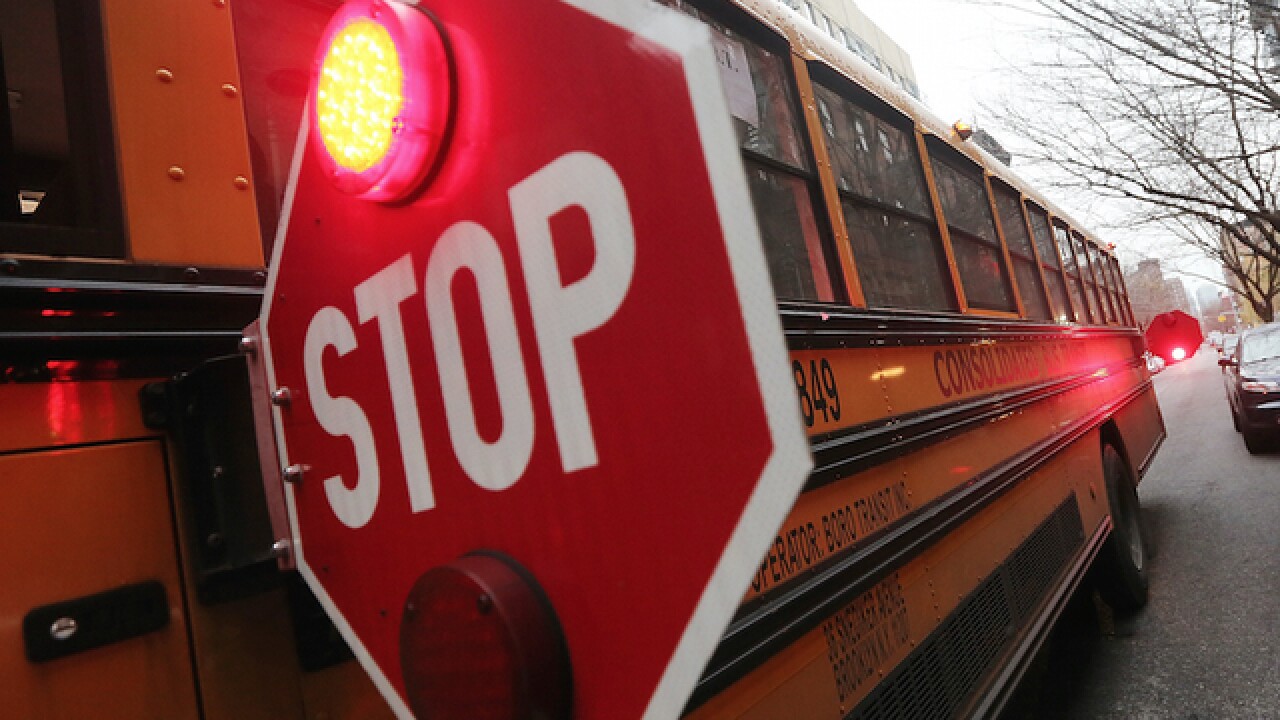 ANNAPOLIS, Md. — In a clear rebuke to Montgomery County's order for private schools to start the year virtually, Governor Larry Hogan on Monday issued an executive order clarifying that private schools and public school systems have the primary authority to determine when to safely reopen for in-person classes.

"The blanket closure mandate imposed by Montgomery County was overly broad and inconsistent with the powers intended to be delegated to the county health officer," said Hogan. “To be clear, Maryland’s recovery continues to be based on a flexible, community-based approach that follows science, not politics. As long as schools develop safe and detailed plans that follow CDC and state guidelines, they should be empowered to do what’s best for their community," Hogan said.

Under the new order local health departments still have the power to close any individual facility deemed unsafe.

So far many public school systems including Anne Arundel, Harford, Howard, Carroll, Cecil, Queen Anne's and Baltimore Counties and City have decided to start the year off virtually.

Meanwhile the Archdiocese of Maryland has chosen to give most Catholic school students the choice to have online or in person classes.

Maryland's State Department of Education has given schools until August 14 to submit their proposals for the new academic year.