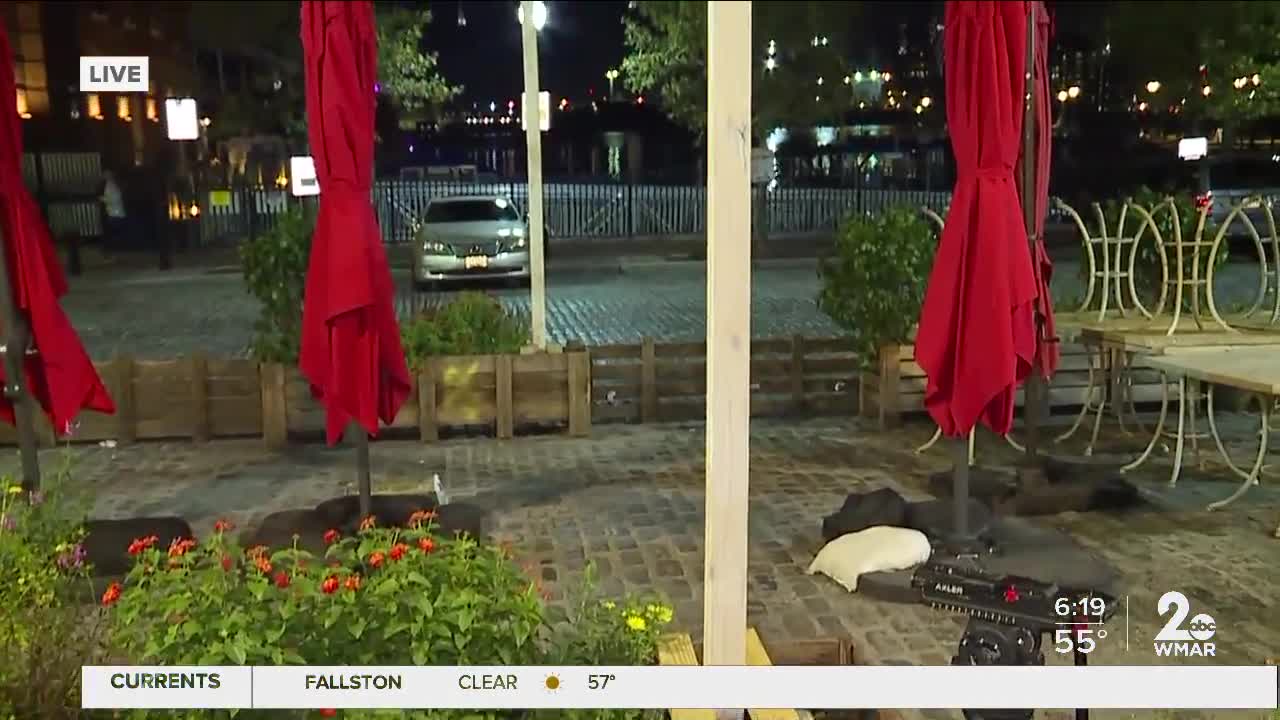 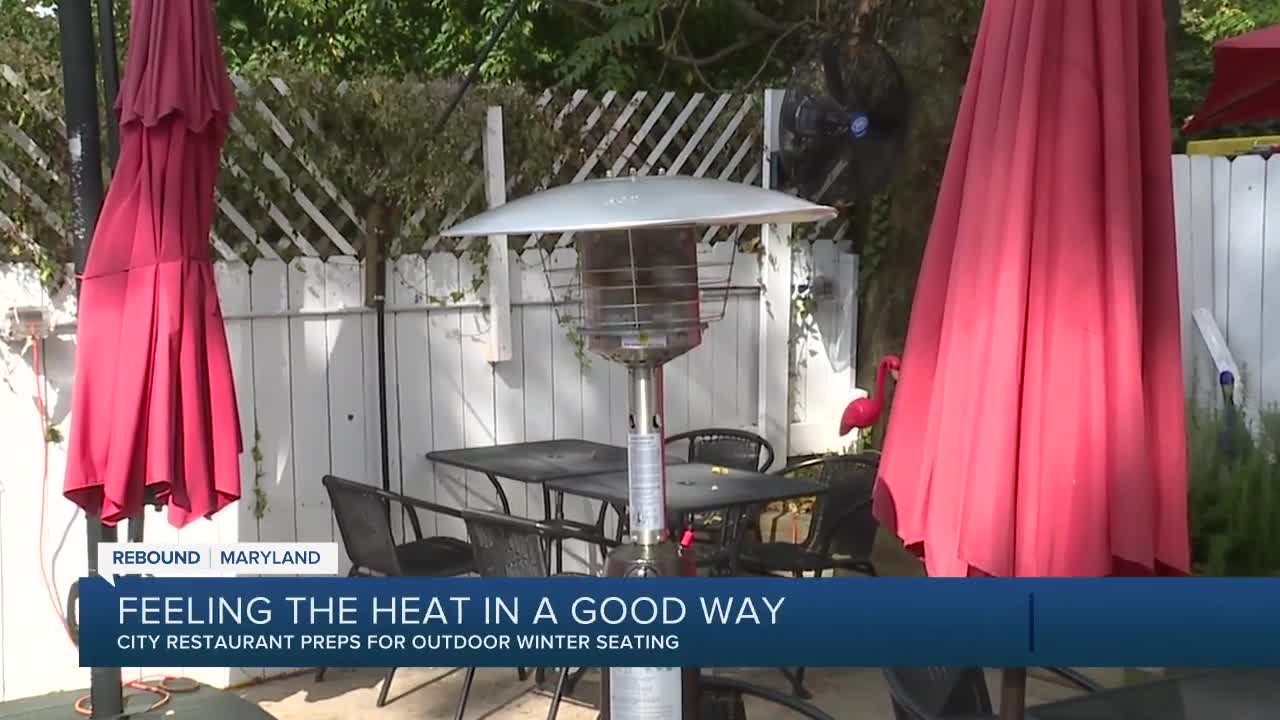 BALTIMORE — UPDATE 10/6/20: Here is a finalized version of the city's plan for outdoor dining spaces to remain heated for customers as colder temperatures approach.

Until restaurants can return to indoor dining at maximum capacity, outdoor dining remains a major portion of income for owners. Maintaining customers as the weather gets colder means this season you'll see more heaters outside.

"They're not cheap and they weren't easy to find," said Charlie Gjerdie, co-owner of Wicked Sisters in Hampden.

WMAR-2 News caught up with Gjerde in the restaurants outdoor patio space as staff help to install heading devices.

"Last year we had two heaters out here and we kind of move them around if people were unhappy. This year we'll probably have one at every table," he said.

Wicked Sisters' installations come ahead of an expected announcement by Baltimore City.

According to Councilman Eric Costello the city received a number of questions from the restaurant community including what heating devices should be procured.

In a post to Facebook Costello wrote the city plans to announce and roll out the Mayor’s Outdoor Seating - Heating Solutions Program by Friday, October 02.

The program includes information along with the do’s and dont's' like:

Gjerde looked at Costello's general outline and says Wicked Sisters falls in line and is ready to turn up the heat.

"It would be really nice to have an outdoor fire pit," he said but obviously that's not going to work."