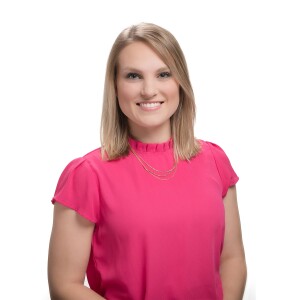 About this time every year, just a few weeks before a new school year starts, we hear about teacher shortages, so WMAR-2 News decided to put those shortages In Focus.

Although there are teacher vacancies in every county, which is normal, for some there are actually less than usual.

“In the past we have had to carry vacancies along but this year, my school in particular, is fully staffed, especially with math, which is a crisis shortage area,” explains Perry.

Baltimore City is starting the school year with the second highest first day fill rate for teachers on record, only behind last year.

“It’s fewer than one vacancy per school, in our district, when you average it out,” said Baltimore City’s Director of Recruitment, Dyan Sellers.

In Harford County, where they had 250 new position for the 2021-22 school year, they are also seeing fewer vacancies than this time last year and they made 50% more new hires than previous years.

Howard is starting the year off with 20% more new hires than years past.

Successes in hiring, despite a pandemic and nationwide teacher shortage, a shortage which started long before COVID-19.

“We’ve just seen it intensify as more people are resigning or retiring where they may have worked a few more years but during the pandemic they are choosing not to,” said Cheryl Bost, Maryland State Education Association President.

Bost says Maryland imports about half of our teachers. COVID made that hard, because job fairs that would normally be out of state, where held virtually.

Shannon Hagan, Staffing Coordinator with Harford County Public Schools says that means she had to go from finding candidates, to hoping candidates would find her.

“When you’re at an in-person job fair, you can reach out to candidates that may not consider Maryland or consider moving out of state so you can reach out. When you’re doing virtual recruitment, you’re just sitting in a virtual booth waiting for people to find you,” said Hagan.

“For a subset of teachers, in some of our highest needs areas, we have a group of full time mentors who are retired teachers, who provide 100 hours of support monthly for those teachers. And that really does help them in their first few years of teaching,” said Sellers.

Sellers also says, for the first time in years, they hired international teachers.

“That also allows us to bring in teachers who have the experience teaching, in special education, in math, in some of the science areas where we're having a really difficult time finding those individuals in the US,” said Sellers.

However, there are still some places, including Howard County, that are dealing with more vacancies than normal because of the shortage.

Baltimore County, the area’s largest school system, also has the largest number of openings at 290, which is a bit higher than they usually see at this point.

“With new hires coming on daily and with a low number of vacancies relative to our size and what other districts may be seeing, we feel confident that we’ll be able to open with a full complement of teachers across the BCPS system,” said spokesman Charles Herndon.

Bost said we will continue to see these shortages annually until the root of the problem is addressed.

“The demand on our teachers and educators as a whole has continued to increase while pay autonomy and support have not increased,” said Bost. “The more we can do to make students in high school see teaching as a career they want to take on, that will also help us fill these vacancies.”

All of the districts still have vacancies and are still actively hiring and will be, until the first day of school. They will use long term substitutes if needed.