Project will remove 2,000 tons of carbon out of the air every year 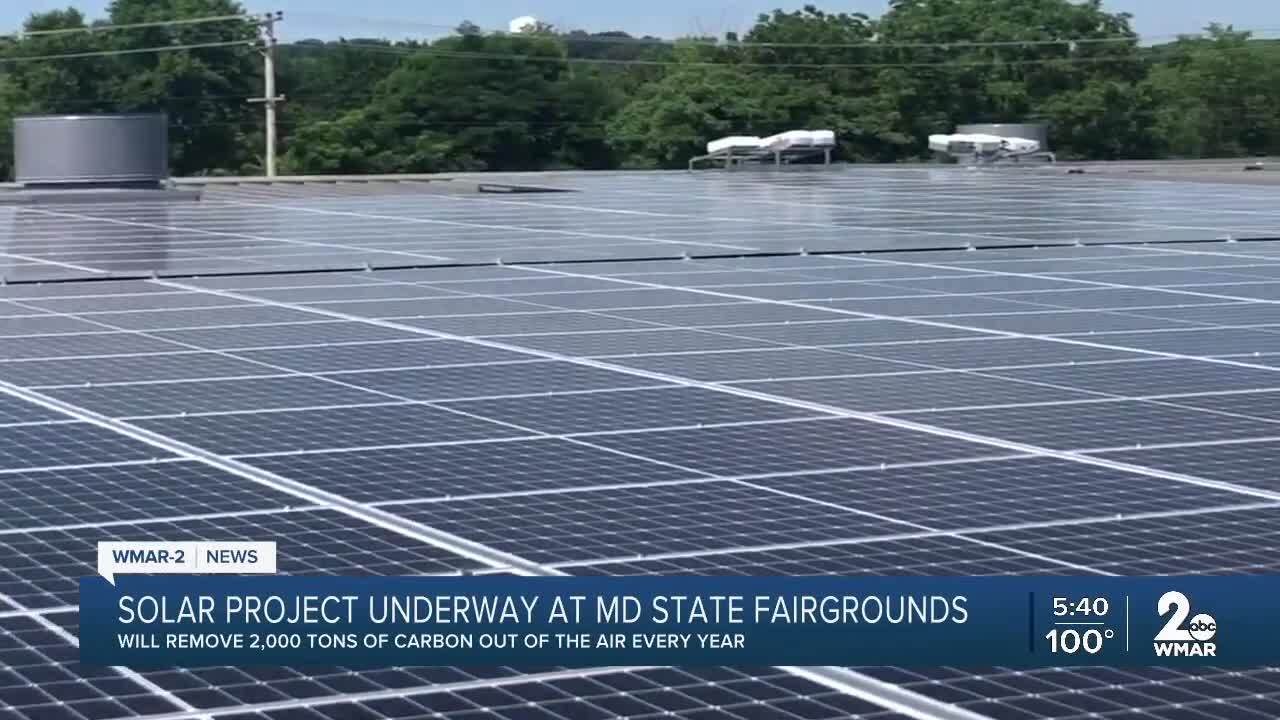 Maryland State Fair Board Members, legislators, and the media were given a tour of the ground-breaking project Monday.

Attendees were taken to the top of the Cow Palace to see the recently completed solar construction in action.

Officials say the campus uses a lot of energy every year between hosting 2 million people, and its 42 buildings.

Officials say it will remove 2,000 tons of carbon out of the air every year.