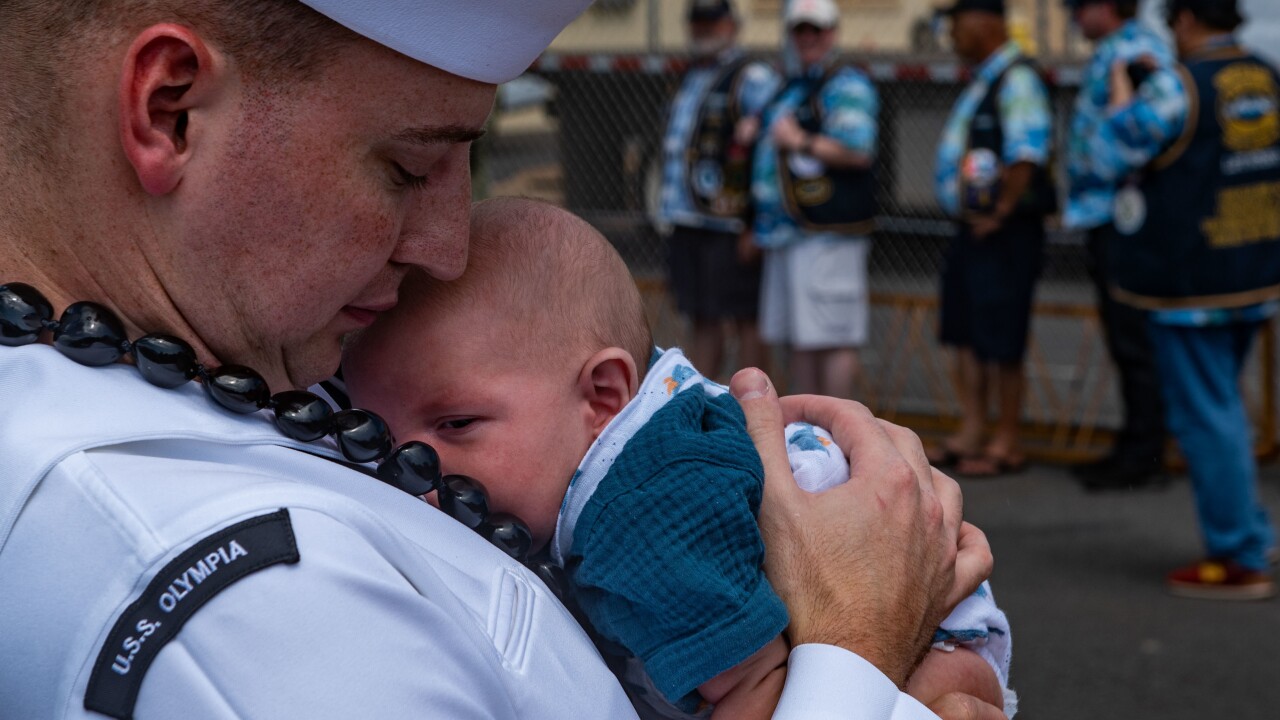 He got the chance to hold his newborn son for the first time during Olympia's homecoming.

Olympia returned from a seven-month, around-the-world deployment in support of maritime security operations with allies and partners to ensure high-end war fighting capabilities in this era of great power competition.