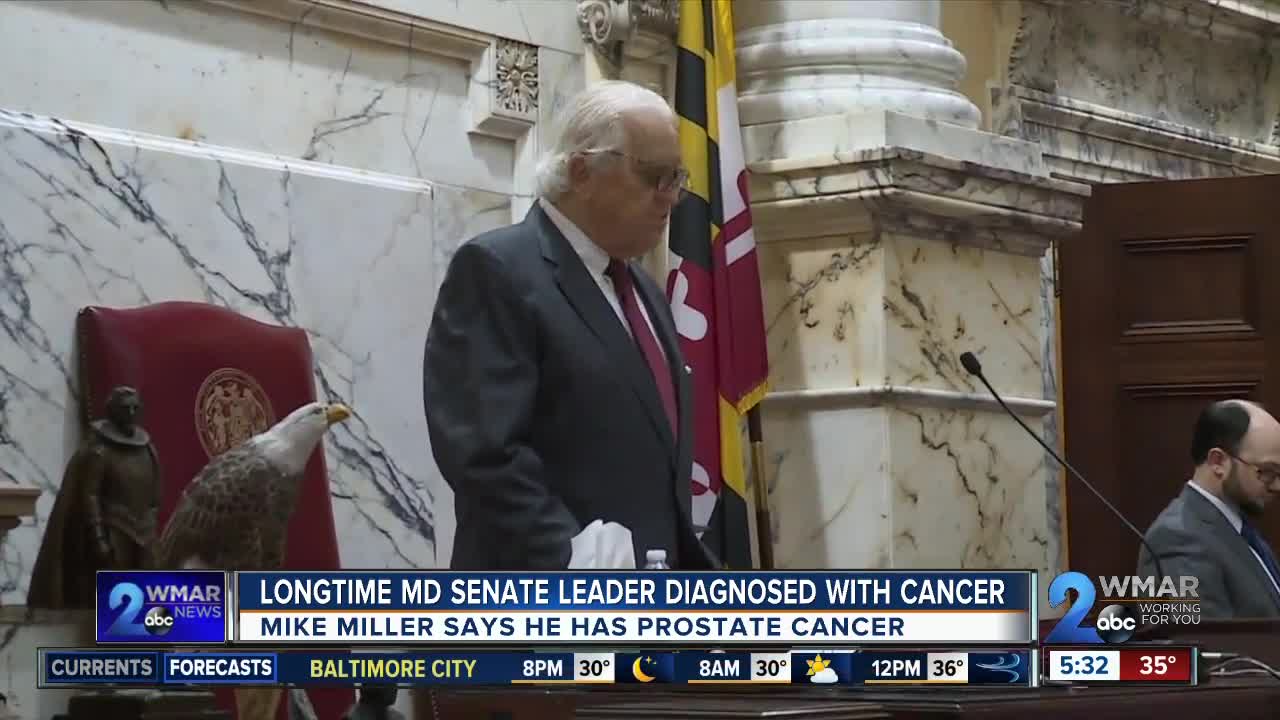 Senate President Thomas V. Mike Miller made the announcement Thursday in the Senate chamber. The 76-year-old Democrat is entering his 33rd year as president of the Maryland Senate. He says he was diagnosed in July and prescribed medication. He says he had a sharp pain in his leg Dec. 27, and his doctor informed him the cancer could no longer be managed through pharmaceuticals alone.

He told reporters Wednesday he plans to keep working and continue leading the 47-member chamber.

Republican Governor Larry Hogan, who has battled non-hodgkin's lymphoma, expressed his support for Miller in a statement issued Wednesday.

“My heart goes out to President Miller on what I know must be one of the toughest days he’s faced. I know firsthand how hard it is to receive a diagnosis like this. But I also know firsthand that Mike Miller has earned his place in Maryland political history because he’s a fighter who always gives it everything he’s got, no matter how tough things get. Mike’s tenacity, bravery, and perseverance will ensure that he wins this battle, and he has my full support. “Yumi and I send our heartfelt prayers to Mike, his wife, Patti, and his family during this difficult time.” - Gov. Larry Hogan

“We wish the President a speedy recovery and will keep him and his family in our continued prayers. As we have seen so many times, cancer does not discriminate. We are confident that President Miller will face this new challenge with the same vigorous fighting spirit he has shown throughout his long legislative career.” - Kipke & Szeliga