Family and friends of Paul Kitterman are asking for help to find him after he disappeared from the Broncos game.

Family and friends of Paul Kitterman are asking for help to find the Kremmling, Colorado, man after he disappeared from the Broncos-Chargers game last Thursday.

A friend of the 53-year-old told 7NEWS that Kitterman was with a group of friends in the south stands at Sports Authority Field when he stepped away to the restroom during halftime and never came back.

He didn't have a car at the game.

Denver police told 7NEWS there's nothing to suggest that foul play was involved.

"With 70,000 people and cameras all over the stadium, you would see something if a violent crime occurred," said Denver police spokesman Sonny Jackson.

Denver police also told ABC News that an event staff person last saw the missing man during the third quarter of the game.

However, Kitterman's friends are still concerned. They've been putting up fliers and asking the public for help to locate Kitterman.

According to his friend, Tia Bakke, Kitterman said the experience of being at his first ever Denver Broncos game in person with his son was "awesome," and that was the last she heard of him, ABC News reported.

"He was in a good mood, he was happy. I mean, his first Broncos game and he had his son with him down at the game. They'd been hunting all day, he was great," said Bakke. 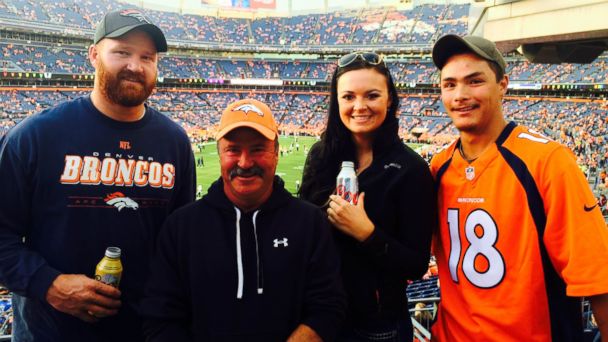 Bakke traveled with Kitterman and his son, Jarod, to the game, and said they had plans to meet afterwards at a stadium gate.

Bakke's said their group contacted stadium security and searched around the grounds until 1 a.m. before finally heading back to Kremmling without Kitterman.

"He would never bail on his son, or anyone," Bakke told ABC News, "so by Friday night, we knew something was really, really, wrong."

Kitterman has few contacts in Denver and had no cell phone, credit card or vehicle with him, Bakke said.

She told ABC News that he had plans to go hunting with his son the next morning.

"Now we're just sick about it, and we have no idea what to do," Bakke said.

Anyone with information about Kitterman's whereabouts is urged to call the Denver Police Department at 720-913-2000.