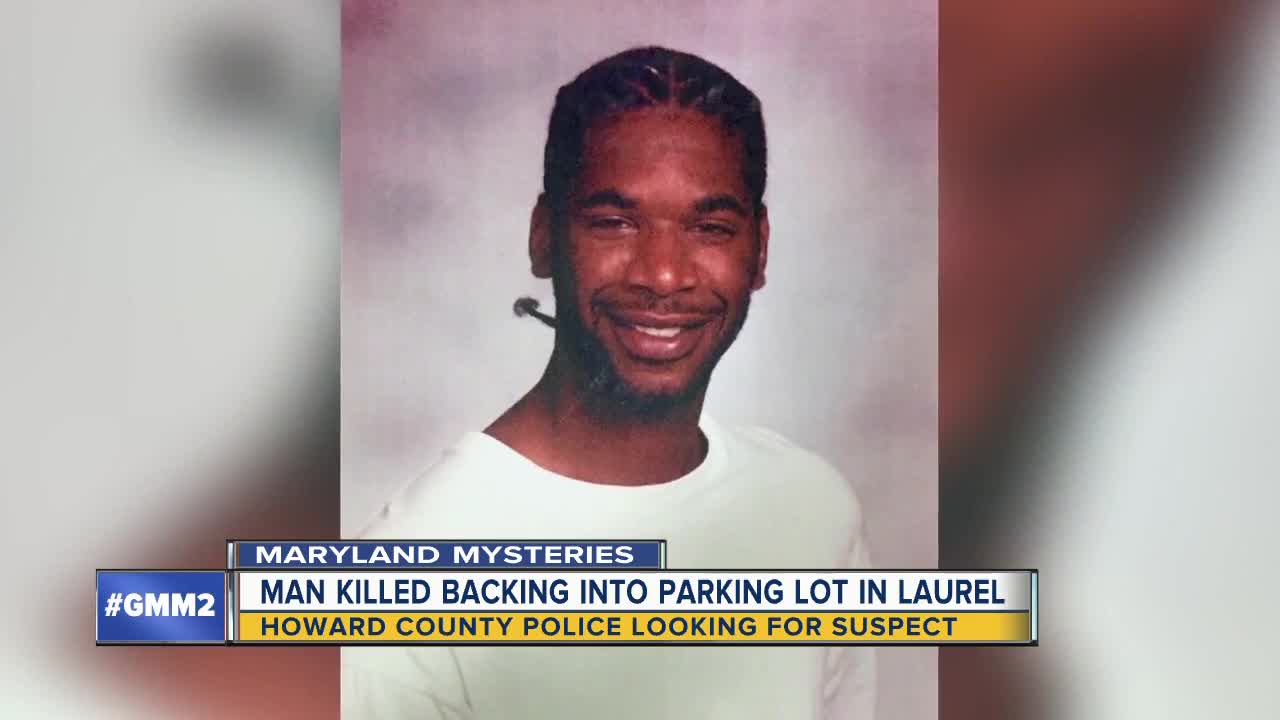 A man in Laurel was killed as he was backing his car into a parking spot. Though witnesses may have seen the assailant, he has yet to be found by authorities. 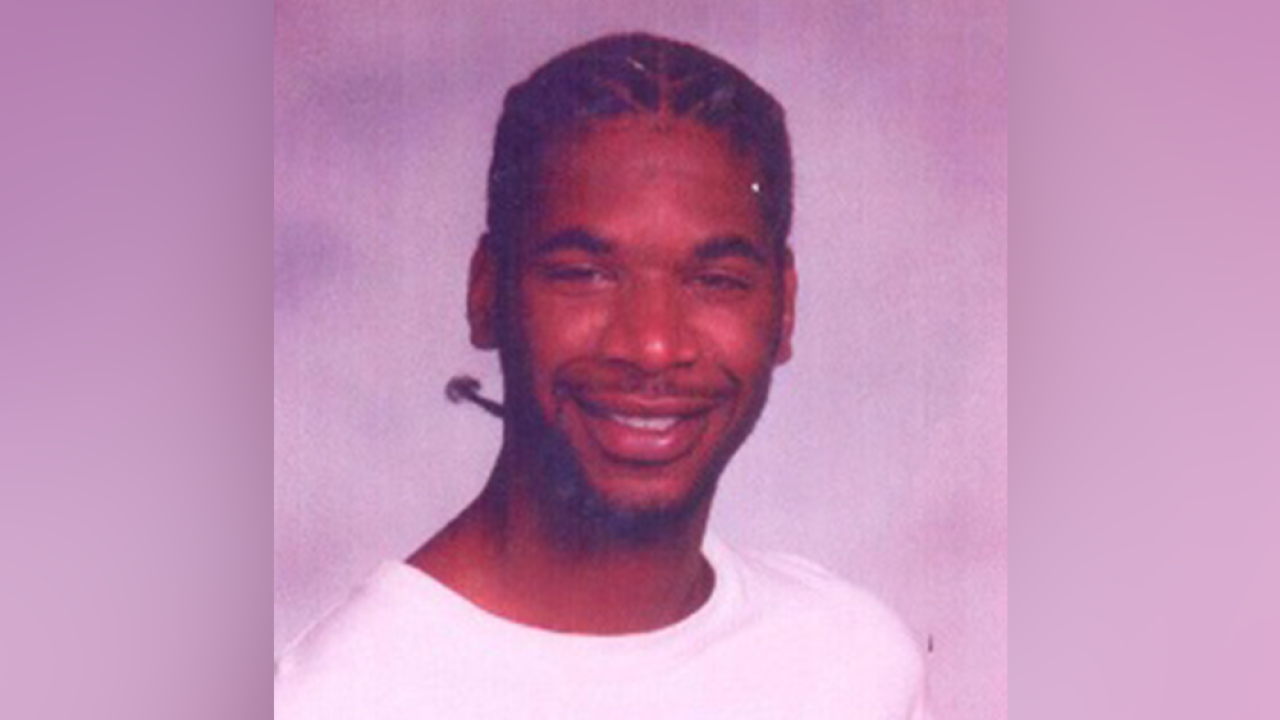 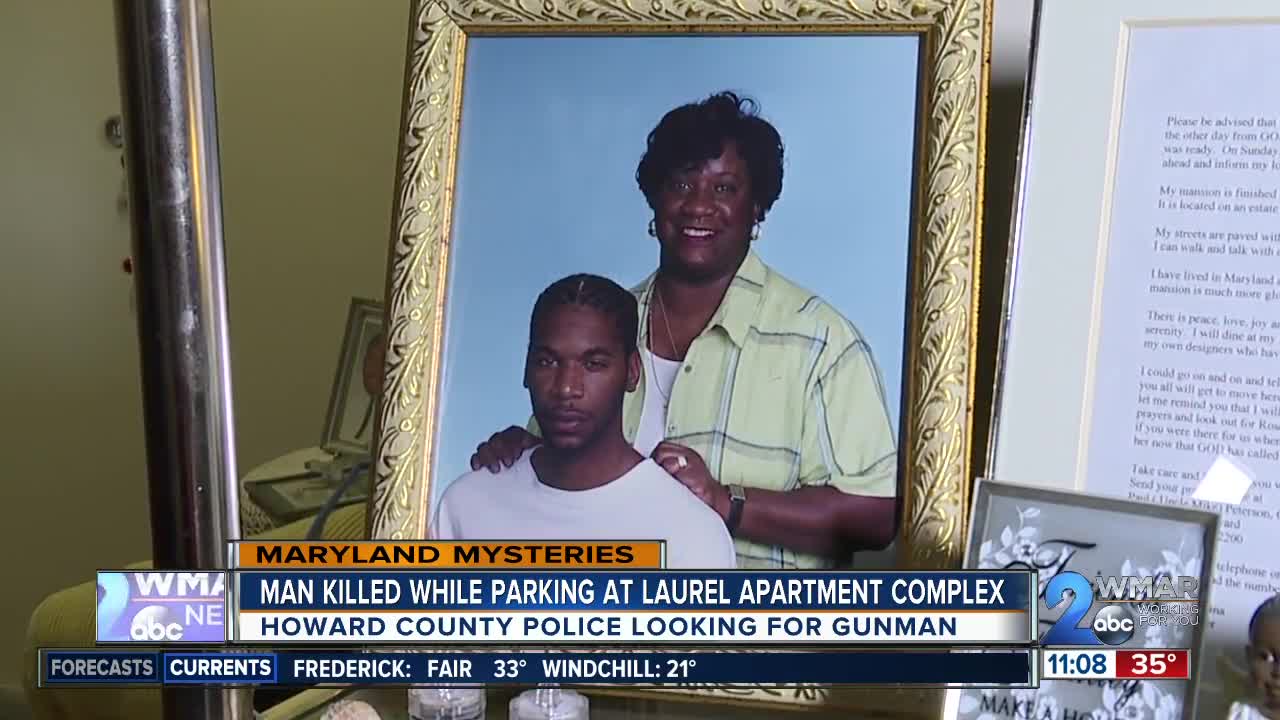 LAUREL, Md. (WMAR) — The sting in Rose Peterson's heart is as sharp as if what happened to her baby boy was just yesterday.

"That was the most painful, painful gut-wrenching experience that I've ever had for someone, a detective, to come and tell you your son is deceased," Rose said.

It's going on 18 years since Howard County detectives walked up to the apartment Rose and her son, 23-year-old Derrick Peterson, shared on Barrel House Road in Laurel. But she remembers that cold, December night vividly.

"Stuff happens so much, you know, and when the detectives knocked on my door and was asking about Derrick before they told me anything, I'm thinking 'oh my gosh was he in car accident," Rose asked remembering her every thought that night.

Derrick was dead -- blindside by a gunman as he backed into a parking space in his old Lincoln town car.

He says as fast as Derrick's murder happened, the shooter managed to get away, but not before several people looked out their window and described a 'boxy' Crown Victoria with its lights off waiting for the killer to speed off, turning out to North Laurel Road.

"...as well as an individual who was running away from the direction where the shooting had taken place. They provided detailed information that the individual was carrying a gun as well as a bag or a bulky item," Hagan said.

He points out it's a strong possibility Derrick knew his killer, but why he was killed remains the mystery.

"Why he was targeted? You know there's two theories that were initially believed whether it was a robbery or if it had to do with drugs. So, again, we're still looking at that and we just need the witnesses to come forward to provide the information as to why this incident did occur," Hagan said.

It's why Rose says she had to move from that apartment -- having to bear the sight of where her son took his last breath was too much.

Especially, given the last conversation the two shared the day he died.

"The last thing he said to me was 'mom, I love you' and I said 'Derrick I love you too," Rose remembered.

Losing Derrick stirred up mounting grief for Rose -- that's only grown after losing her husband and two sons in six years. It's why finding whoever killed Derrick is one of the last efforts pushing her to keep going.

"Help me. Help me as a mother, my family, the detectives have run down many leads, but still no one has been arrested," Rose said.

Derrick would have been 41 years old this year.

Metro Crime Stoppers is offering a $10,000 reward for information leading to an arrest and a conviction in this case. If you know who killed Derrick Peterson, call 1-866-7-LOCKUP.